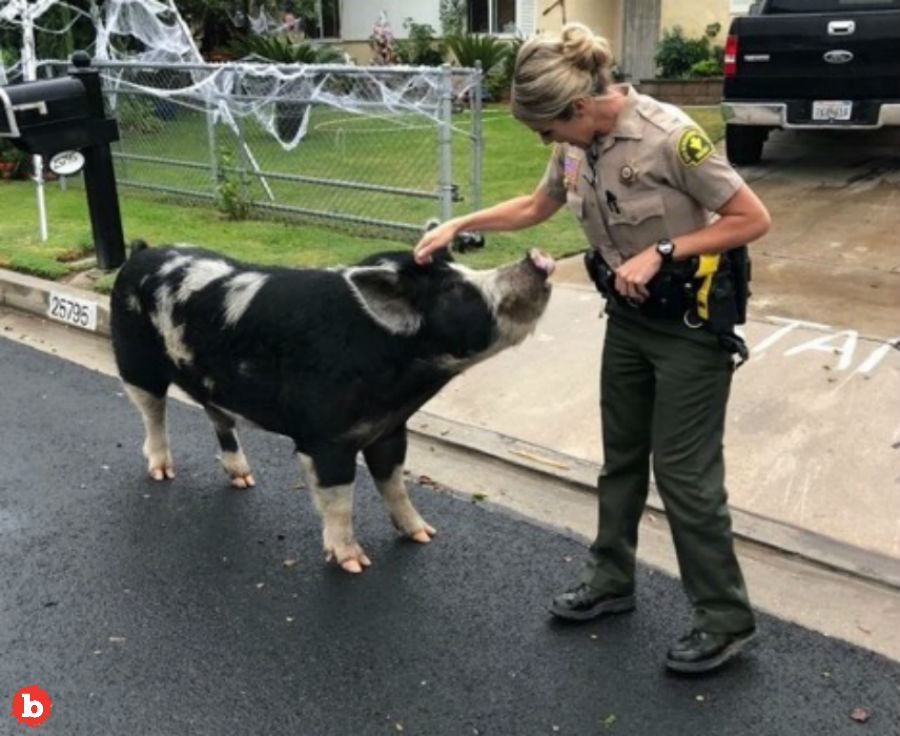 California has stories like you wouldn’t believe.  Well, more than the horrific fires of recent weeks, anyway.  But no, this isn’t about LA, or any celebrities you would know, either.  This is about a runaway San Bernadino porker.  The owner called the County Sheriff’s Department asking for help locating the runaway, bad pig.  But also to bring it home.  But take a look at that thing!  The owner wasn’t messing around when they described the porker as “the size of a mini horse.”  While this road hog was certainly big enough, I wouldn’t recommend trying to ride it down the street.  Well, not without the right enticements, anyway.  Doritos!  No one escapes Doritos.

HOW DO YOU CONVINCE A GIANT PIG TO DO WHAT YOU WANT?  SIMPLE!

The police went searching in the Highland area, a residential neighborhood.  The responding deputies put to the task were deputies Shelly Ponce and Ashleigh Berg.  For whatever reason, they knew the giant escape artist who lives at a local home.  But how do you control that giant beast after you find it?  And find it they did.  So according to a press release from the Sheriff’s Office, “They located the pig but had no way to gain control of the animal.  The deputies knew where the pig lived and devised a plan.”  But what a plan!  It’s ludicrous yet makes perfect sense.

POLICE TAKE PIG HOME WITH DORITOS, CAUSE MEN ARE PIGS, OR PIGS ARE MEN?

So how do you get control of an animal that size?  You appeal to its pork belly.  That’s right.  Their plan was to lure the Bad Pig back home with a bag of Doritos.  Because that’s what was in Ponce’s lunch bag that day.  As soon as the horse sized escapee had a sample, he was all theirs.  He didn’t hesitate at all and followed Ponce all the way home.  She had the bag of Doritos the whole time.  Berg played Bad Cop and filmed the whole affair.  Ponce said, “We were able to put him back in and secure the gate.  It was fun!”  The Sheriff’s Office posted a clip of the scene to Instagram with the comment, “crime fighting to safely securing a mini horse sized pig, we do it all.” 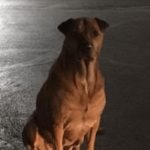 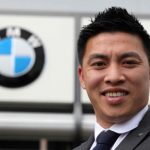