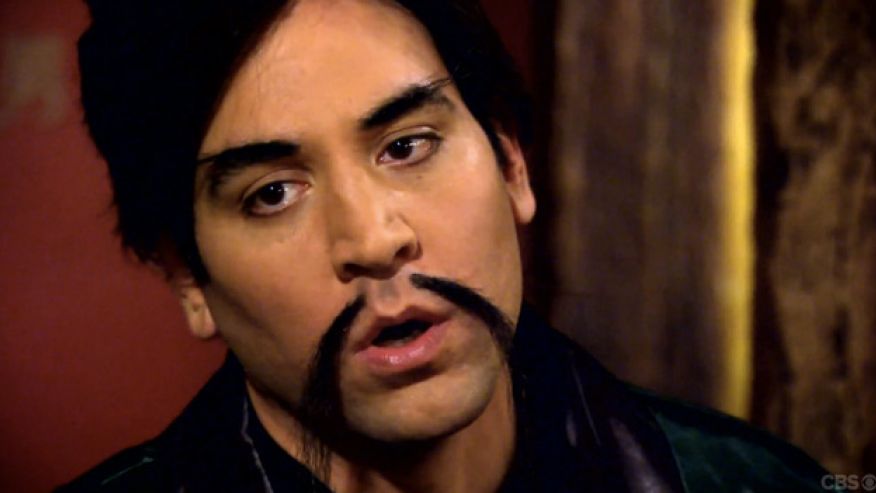 You can tell when a Caucasian actor is about to sell you some “yellowface.” They squint their eyes, bow and scrape a lot and talk in halting yet revered tones to convince you they’re from somewhere far, far away. It’s pure hooey — and audiences are inevitably hungry again an hour later. Here are the 10 most offensive examples of this bizarre phenomenon: 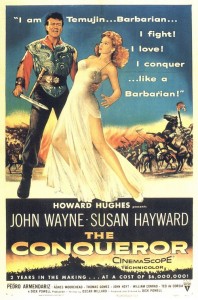 As Genghis Khan, Wayne sported a fetching little ‘stache and some neat hats, but basically he played it like his usual horse-straddling cowboy, if a little more barbaric. The poster gives an accurate sense of the dialogue’s subtlety: “I am Temujin…Barbarian…I fight! I love! I conquer…like a Barbarian!” Producer Howard Hughes wisely ended up spending millions to buy up every print and keep this thing out of circulation for years, but it wasn’t out of dislike for it. Reportedly, it was one of his favorite films to watch over and over again in his neurotic twilight years. The barbarian! Poignantly, the fact that the film was shot near a testing site in Utah may have had an impact on the cast, many of whom ended up dying of cancer. Talk about adding insult to injury. 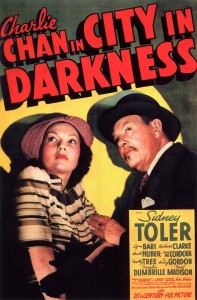 The roly-poly detective who spouted fortune cookie wisdoms to his “number-one son,” Chan was played by all the above actors, who blared out their ‘types in stereo, thereby becoming the Asian precursor to Amos ‘n’ Andy. Runners-up: Fu Man Chu, played by everyone from Boris Karloff to Peter Sellars through the years. And the Mr. Moto series, starring Peter Lorre. Perhaps that Japanese secret agent should have stayed secret, though Lorre’s eccentric genius always shone through the ick. 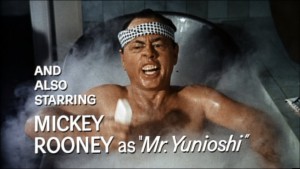 I’ve talked before about Mickey’s Mr. Yunioshi character. The protruding teeth. The wacky glasses. The yelps of “Miss Go-rightry!” The result was one chopstick away from a Jerry Lewis impression. It was so very long, Miss Gorightry. 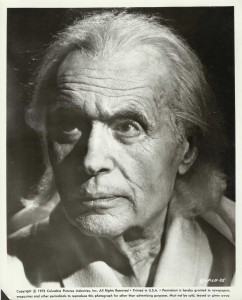 In the wondrous world of Shangri-La, people don’t grow old, but movie experiences do, especially if they’re enhanced by weird Bacharach/David songs and a stellar cast pretending to be things they’re most certainly not. John Gielgud was ridiculous as the noble Chang, but so was the great Charles Boyer as the High Lama, dispensing wisdoms in a white shroud and whiter hair. The casting made no sense, as it deprived Boyer of the chance to emit any of his customary flair or charm. At least the actor is seen in dark, musty lighting, maybe to save him some embarrassment. 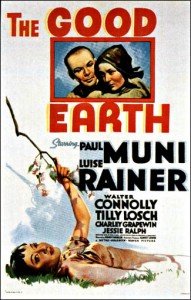 Based on the Pearl S. Buck classic, this one had Muni and Rainer as Wang and O-Lan, married farm creatures battling draught, famine, locusts — and the fact that they weren’t Asian. They’re actually both really good (and Rainer won an Oscar), but the makeup is wacky and naturally, Hollywood’s reigning Asian star, Anna May Wong, would have made a lot more sense as O-Lan. She was actually supposed to play the part, but the studio realized they couldn’t possibly have her kissing a white man (Muni). They instead offered Wong an unsympathetic supporting role as consolation. She told them where to go. (No doubt somewhere involving draught, famine and locusts.) 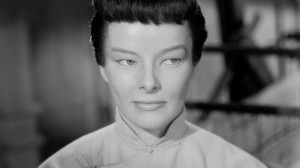 Another Pearl S. Buck adaptation resulted in the great Hepburn applying her fluttery mannerisms to this squinty-eyed part that made you want to close your eyes. The woman could apparently do anything — except play Asian. Not to mention a peasant girl! As Asian Week put it, “Just watch her scene with the late Korean actor Philip Ahn and you’ll see how inauthentic she seems next to a real Asian.” Runner-up: Jennifer Jones in “Love is a Many Splendored Thing” (1955) as Eurasian doctor Han Suyin. Sickening —but not in a good way. 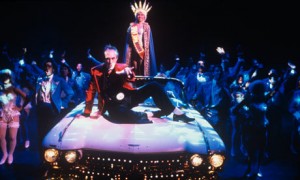 Let’s throw in a Broadway performance for diversity’s sake. The smash musical — which started in London — moved the Madame Butterfly saga to the Saigon of the Vietnam war era, adding lots of razzmatazz amidst the doomy romance. There were Asians onstage, but controversially enough, the Eurasian “Engineer” was played by Jonathan Pryce with eyes taped down. Pryce won acclaim and a Tony, but I found him very weak tea — though he did succeed in conveying the character’s utter obnoxiousness. 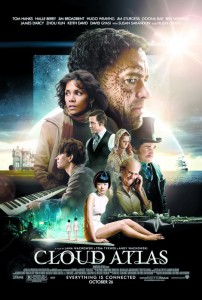 This ambitious ode to prosthetics had actors appearing in six plotlines, one of which is set in the Neo Seoul of the future. Jim Sturgess, Hugo Weaving, Halle Berry, Hugh Grant, James D’Arcy and Keith David were among the non-Asians playing Asians in the film. (Meanwhile, Asians portrayed non Asians and Halle Berry portrayed white, in addition to a Seoul man. Yes, genders switched a lot, too.) I actually thought the makeup and effects were dazzling. It’s just a shame that after all that effort, the movie dragged on interminably, like a dim sum meal without limits.

Read more: OP-ED: I AM AN ASIAN AMERICAN, WHY DO I FEEL LIKE A SECOND CLASS CITIZEN? 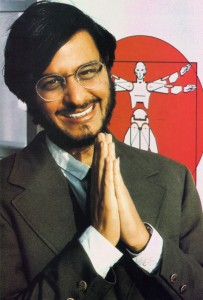 As Indian scientist Ben Jabituya, Stevens got to use an excruciating accent as he intoned malapropic lines like, “Time funs when you’re having fly!” All good will to India was promptly short circuited.

Marlon Brando in “The Teahouse of the August Moon” (1956) 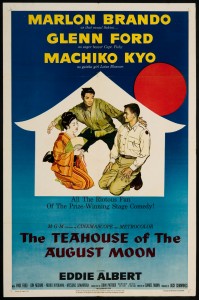 Brando impossibly plays a wily Okinawan named Sakini, who acts as an interpreter during the Americanization of a village. The whole thing reeks of Broadway-style phoniness, and the casting stands out as egregiously absurd. Reportedly, Brando relentlessly studied Okinawan speech and culture and spent two hours a day getting made up. They could have saved all that trouble by hiring an Asian! 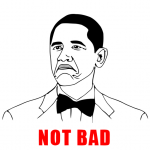 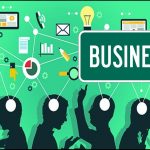