Everyone loves their mom (we hope), and Mother’s Day is one of the few “Hallmark” holidays that are hard to be cynical about because of that universal affection. But most people also go through difficult periods with their loved ones. And, let’s face it, some of our mothers are also just plain crazy as well.

Come on, just admit it. This isn’t something to feel bad about; it’s only a crazy fact of life. So this Mother’s Day, no matter how overbearing or difficult your mother may be, just remember to thank the heavens that you aren’t related to one of these 10 moms because they get an A++ in crazy.

Lindsay’s mom stays in the gossip pages for all kinds of nonsense from partying down until the early morning hours with her daughter to a recent rumored scheme she hatched to sell all of Linds’ stuff. This lady won’t go away and seems like a definite nightmare to deal with.

She definitely has some good genes and obviously passed them onto her five beautiful daughters from her two marriages. But the getting-well-known-through-reality-television as Jenner became on E!’s “Keeping Up With The Kardashians” and building a media empire off daughter Kim’s sex tape makes me think she might be just little crazy.

With all of Paltrow’s alternative wisdom, her kids seem like the kind who might be a little weird. Similar to brothers Rod and Todd Flanders on “The Simpsons,” Apple and Moses might also get super-high if given sugar or candy because they aren’t allowed to eat it and therefore would overindulge like a stumbling drunk freshman at a keg party who had never been let out before. Paltrow also seems like the kind of woman who might be a nightmare and/or quite odd for her kids’ friends to deal with. Like she might get quite upset if you brought store-made sweets, candy or, heaven forbid, food that wasn’t GMO or gluten-free into her home.

As mother of the most-famous and best basketball player on the planet, LeBron’s mom has secured some spotlight of her own by dating high-profile men and a little-know rapper Da Real Lambo as well. Her son, 30, and Lambo, 32, are cool, though. James’ mom also made headlines before she shacked up with the rapper of the luxury automotive-inspired nickname when she infamously hooked up with her son’s former teammate Delonte West.

The mother of two former teen idols — solo artist Aaron and Nick of Backstreet Boys fame — Jane was Aaron’s manager and took $100,000 from his bank account without permission. At 16, Aaron filed for emancipation from mom and has struggled with issues of depression and substance abuse since. Despite earning millions over the years through recordings, Aaron went bankrupt in 2013 as he was more than $3.5 million in debt, but was able to repay all of his tax debt or $1.3 million of the total.

Brad is super-liberal, but mom is certainly not, and she wasn’t afraid to tell people her contrary political views on the eve of the 2014 presidential election. She wrote to the Springfield (Mo.) News-Leader that any “Any Christian who does not vote or writes in a name is casting a vote for Romney’s opponent, Barack Hussein Obama a man who sat in Jeremiah Wright’s church for years, did not hold a public ceremony to mark the National Day of Prayer, and is a liberal who supports the killing of unborn babies and same-sex marriage.” Yikes. Christmas dinner with Brad, Angelina and their variously hued United Colors of Benetton kids must be just a little bit awkward. I would suggest they don’t talk politics at the table.

The mother to actress Drew has never had a very stable relationship with her daughter. At a single-digit age, Drew’s mom began taking her to wild Hollywood parties. Maybe because of this too-soon exposure, Drew struggled with her own demons regarding substances and alcohol and started drinking at 9-years-old. Growing up in Hollywood with a super-famous-yet-totally-absent dad — John Barrymore — and psycho mom hurt her terribly as a young person. Though her and mom do not speak, Drew has proved resilient and is now raising a family of her own.

Just listen to any of her music with band Hole, and it will be obvious that this mom sadly lost her match and soulmate when Kurt Cobain exited the stage way too early — and maybe her mind. Her daughter with Kurt, Frances Bean Cobain, couldn’t stand living with her, and her own mother Linda was also a little out there, living for years in several communes and experimenting with LSD. Mrs. Cobain almost didn’t have a chance.

Mama to succinct rapper Jim Jones, Nancy came into American households through VH1’s “Love & Hip-Hop” reality series. Mom got a little jealous of the attention her son was getting and had a big problem with his live-in love interest, Chrissie, so she went at her hard rap-battle style by recording a diss track “Psychotic.” She also released a clothing line meant to take the same title, but made a spelling error and it was mislabeled “Phsychotic.”

Another celebrity mom who came to prominence through reality television and is super-weird and embarrassing to her kid, Lons is r&b singer Keyshia Cole’s mom. As shown on VH1’s “Celebrity Rehab,” Lons is pretty hood. She loves to party, act loud and has been and out of prison.

This lady is too nuts to not get in here, so here is a spot reserved just for you, “Mama” June. The mother of Alana “Honey Boo Boo” Thompson was the matriarch on the since-canceled “Here Comes Honey Boo Boo” on TLC. The show was basically just a series of embarrassing moments and cringe-worthy looks into the lives of June’s family, including a recipe for much-loved “sketti,” a family speciality version of spaghetti and sauce — except this topping was made with copious amounts of butter mixed with ketchup instead of tomato sauce. What, don’t they have tomatoes or sauce in rural Georgia? 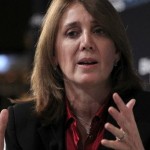