Boston Marathon bomber Dzhokhar Tsarnaev faced 30 counts at his criminal trial and was found guilty on every one. With his older brother, Tamerlan, who was shot and killed in the ensuing manhunt after the April 15, 2013 bombing, these two men plotted and coordinated the monstrous attacks that left three people dead and scores injured; a police office died during the following manhunt. What is less clear is whether a 12-person jury will determine that Tsarnaev deserves to die for his abominable crimes.

With the next portion of Tsarnaev’s trial set to begin as early as this week, the death penalty phase, a jury of his peers, now holds his life in their hands. They will be forced to make the ultimate choice: Choosing life without parole or the death penalty for this evil act.

He should not be put to death. Instead, Tsarnaev should be forced to spend the rest of his natural life in a maximum-security prison. A death penalty decision must be unanimous. And only one juror has to disagree to keep him off death row.

Jurors will be asked to weigh aggravating versus mitigating factors in making their decision, though there is really no clear one-for-one formula. Prior to the criminal trial, all jurors were asked if they could support a death sentence for the accused and were excluded if not. Taken together, the mitigating factors raised by his defense team — that he was a heavy drug user, was just 19 at the time, his brother was the main instigator of the plot and that he had no prior criminal record — mean his should life be spared.

Putting to death one of the men who carried out this terrible crime won’t bring back to life any of the victims killed or injured that terrible spring day.

Read more: What We Should Have Learned One Year After the Boston Marathon Bombing

The Tsarnaev brothers maliciously plotted to kill civilians at the major event to send a message in the name of a radicalized, maniacal and fringe version of Islam. Prosecutors at the trial firmly established that the brothers sought out and were highly influenced by al-Qaida videos, writings and lectures that encourage holy war or jihad in the name of their insane perversion of Islam.

But how does killing Tsarnaez make us any safer? How is this country any better off or occupy a moral high ground if the state puts him to death? Under Massachusetts state law, capital punishment is disallowed and was abolished in 1984. But Tsarnaev was tried and convicted under federal capital murder charges, 17 of which carry a possible death sentence.

U.S. Attorney General Eric Holder is personally against the death penalty, but in breaking from his long-standing position last year he announced that the Department of Justice would seek the ultimate penalty in this case because of “the nature of the conduct at issue and the resultant harm compel this decision.”

Islamic militants and al-Qaida materials that prompted the killings promise rewards to holy warriors who commit such violent acts in the name of Islam, promises of paradise and rewards in the afterlife. Though it is very unlikely he will ever come to any place of contrition for his acts, Tsarnaev should rot away in prison for the rest of his miserable life.

And five months after the attacks, many Bostonians seemed to agree. A Boston Globe poll conducted from Sept. 5 through Sept. 12 found that a majority — 57 percent — favored life without parole over death for Tsarnaev. Polls can be tricky, and respondents can obviously change their minds after being asked. And depending on how the question was actually framed, results could be disputed, but I would argue it is likely there would have been more support for a death-penalty decision just months afterward and that this sentiment may have even waned as time has moved forward. In the wake of Tsarnaev’s conviction, an editorial in The Boston Globe argued that his life be spared.

On the other hand, as the trial got into full swing and the public saw videos of victim’s testimony telling their horror stories and details of the heinous acts, some could also have been hardened into the opposite position or switched their decision. In any case, what is not disputable it that Tsarnaev’s corporeal fate now rests in the hands of 12 jurors. They obviously made the right decision to convict on all counts, but should not put him to death — though his crimes are almost too heinous to even describe. 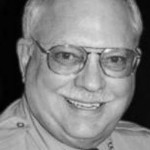 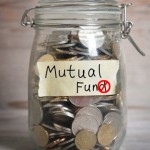