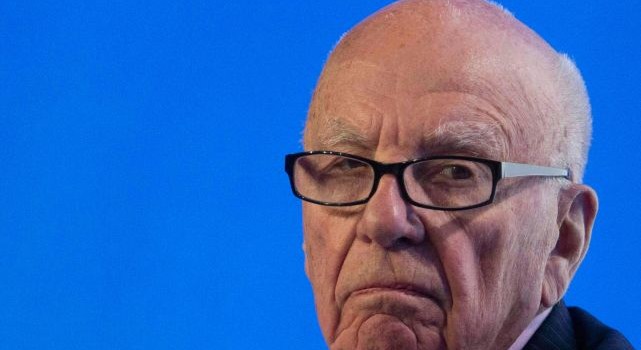 Carriage disputes are quickly becoming a norm in the business of pay television. It seems every few months there’s a report of a broadcaster telling viewers of a certain television operator that they could lose access to a channel or a package of channels if and when negotiations stall.

The latest disruption involves Dish Network and Fox News Channel: Two weeks ago, Fox Entertainment pulled both Fox News and Fox Business channels off Dish after negotiations over a new retransmission agreement stalled. In a letter to viewers on the website KeepFOXNews.com, Fox asserts Dish has “blocked” the channel so that viewers can’t receive it.

“It is disappointing that, after nearly two decades without a blackout, Fox News Channel has been blocked by Dish,” Fox executive Tim Carry said in a statement. “Dish’s record speaks for itself, and makes its rhetoric about ‘reasonable’ agreements ring hollow.”

Programming disruptions happen when pay television companies — chiefly, cable and satellite operators — fail to extend a contract in order to carry certain channels owned by a broadcaster. Almost always, these contracts involve a pay television company like Dish financially compensating a broadcaster like Fox in exchange for the right to rebroadcast the channels to its customers.

Dish has found itself at the center of several fights with broadcasters over the past few months. This past fall, the satellite company pulled several Turner Broadcasting-owned channels, including CNN and the Cartoon Network. The channels were dark for a month before Dish reached an agreement with Turner.

Last month, Dish pulled around two dozen CBS-owned stations, including CBS stations in some of the country’s largest television viewing areas, after negotiations failed there, too. The blackout lasted less than a day, and the stations were restored just in time for sports enthusiasts to catch football games that weekend.

Dish’s latest dispute with Fox appears more similar to its disagreement with Turner, in that it likely won’t be resolved anytime soon. Throughout the ordeal, Dish has come across more honest than Fox in that the company has been proactive in explaining what exactly led its 14 million customers to lose access to the “fair and balanced” news network.

Over the weekend, Dish co-founder and executive Charlie Ergen apologized to customers in a video statement released on the website DishStandsForYou.com. In it, Ergen acknowledged that Fox had requested more money for carriage of Fox News, something that Ergen said might have been reasonable given the prominence of the news channel in the cable ratings.

But then, Ergen noted, Fox asked for a premium on a second, unrelated channel — one that Dish had a long-standing contract to carry — and that premium would have amounted to triple the original carriage rate for Fox News.

“Fox News would be first to decry this type of deal making,” Ergen said. “Imagine if your federal taxes were suddenly increased dramatically, or you were taxed in a state you did not live in. There was nothing about this extortion attempt that was ‘fair or balanced.’ Rather, it was greedy, arrogant and disrespectful to you, their loyal viewer.”

Reaction to Dish’s decision to hold out on Fox News has been mixed — critics of the channel have reacted with expected praise for the satellite company, while loyal viewers of Fox News have demanded the company reimburse it or threatened to switch to another provider.

But customers who want their Fox News may have little recourse — satellite customers often sign lengthy contracts in order to qualify for discounts on service and equipment, and those contracts state that Dish is free to change its programming whenever and for whatever reason it wants.

Customers will almost certainly continue to be put at a disadvantage thanks to what is apparently becoming the norm in cable and satellite television: Subliminally, carriage disputes have been triggered by an increase in digital disruption — chiefly, over-the-top services like Netflix, Hulu Plus, Amazon Instant Video and Crackle — that afford new-age television viewers a low-cost way to watch television series and movies with a broadband Internet connection and a few dollars a month.

As digital streaming and on-demand services gain in popularity — Netflix has close to 50 million paying customers, a bigger subscriber base than the largest cable operator Comcast, which has just 22 million pay TV customers — traditional broadcasters are struggling to look for ways to generate revenue. Their default tactic involves demanding cable or satellite customers pay outrageous amounts of money in exchange for certain channels — something that pay television companies almost always surrender to, and something that drives up the cost of cable and satellite rates every year.

Higher rates have been the motivating factor for a lot of customers to finally ditch cable or satellite in favor of a Netflix- or Amazon-only home. Why pay around $100 a month for 600 channels — most of which aren’t watched anyway — when you can pay $16 a month for Netflix and Hulu Plus (or around $25 a month if you throw in Amazon, too)? Even worse for traditional broadcasters, Netflix and Amazon have been scoring hits with original series lately (including “Alpha House,” “House of Cards” and “Orange is the New Black”), content that rivals anything found on HBO or Showtime, proving along the way that you don’t need an established television network to reach a wide audience and have a breakout show.

But broadcasters still see the Internet as a risky platform. Never mind the fact that cable and satellite customers are shrinking and online adoption is growing — broadcasters remain uncommitted to developing something with a long-term return when they can get short-term cash by extorting cable and satellite operators. If the trend continues, carriage disputes will lead to the inevitable cannibalization of cable and satellite platforms. Then where will Fox News be? 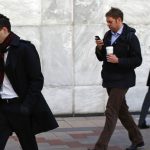 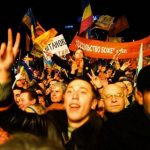