When you think about Mike Tyson, there are surely many other words that come to mind other than the word “cute.”

After playing a fictionalized (but really, who’s to know for sure?) version of himself in the 2009 hit film “The Hangover” and a brief cameo in its 2011 sequel and baring himself to the public in his hit one-man touring and subsequent HBO show, “Undisputed Truth,” Tyson showed a different side of himself, a still-over-the-top, force-to-be-reckoned side, but one that made you think that there was a new Mike Tyson in town because he displayed some comedic chops. And after years of often being a punchline for his antics both in the boxing ring and out, he had a humble air about him, one that can only come from being able to poke fun at yourself.

This new-and-improved Mike Tyson is on full and funny display on “Mike Tyson Mysteries,” a new animated comedy series that will air Mondays at 10:30 p.m. on The Cartoon Network’s Adult Swim starting Oct. 27. The 11-minute show is in the vein of “Scooby-Doo!” and “Mr. T” and features Tyson and his team — Pigeon (voiced by Norm MacDonald), the ghost of the Marquess of Queensberry (Jim Rash) and Mike’s adopted Korean daughter Yung Hee (Rachel Ramras) — solving all sorts of mysteries.

While most of her vocal work has been done in the booth sans Tyson, Ramras spent time with the former heavyweight champion at San Diego Comic-Con, where the show had a sneak-peek premiere in July. “He’s delightful,” she said earlier this month during press roundtable sessions separately featuring herself, Tyson and producer Hugh Davidson at New York Comic Con. “He’s absolutely charming and sweet and very honest and real, and I think that comes across in the show. When I watch the footage, I just think, ‘He is so cute.'”

Davidson, at first, didn’t want to sign on because he thought the show could be “a car wreck,” most likely based on Tyson’s past, “but by the time we sat around having a brainstorming session, it seemed like it could be pulled off,” he said. “It’s been a great, collaborative effort at Warner Bros.; the studio is super open to things that wouldn’t be the obvious choice. They were so interested in us not making strictly a parody, which I did not want to do, because it kinda looks like ‘Scooby-Doo’ — it looks like those old cartoons that you remember, that there’s something great about, but it’s become its own thing.”

Davidson got the impression that Tyson, too, thought the show could be a disaster — that is, until he saw the classic Hanna-Barbera-like animation. “Then he was like a kid in a candy store,” Davidson said, smiling. “He acts the way you hope. He doesn’t approach it like a cool athlete who doesn’t want to look foolish — he throws himself into it, and he’s very trusting that we won’t make him look like an asshole. He’s a super-compelling guy, and I think we get that in there … even though it’s only 11 minutes long. There’s a reason why people are fascinated by him.”

Whether it was a mix of fascination or anticipation of Tyson’s infamous unpredictability, when he sat down at the table for his five-minute session with TheBlot Magazine and other media outlets, everyone was on the edge of their seat. After all, just a few weeks prior to NYCC, Tyson told off, live on the air, Canadian news anchor Nathan Downer and called him a “piece of shit.” We all had to be ready for anything to happen.

But what happened was Tyson, who still has an almost imposing fighter’s physique, not to mention those tribal face tattoos some might find intimidating, was nothing short of friendly — and very modest, shy even.

When one reporter asked why, of all the cartoon genres out there, he choose mystery, he replied, laughing, “That’s what they offered me. I’m very proud of it … it’s like ‘Scooby-Doo’ meets ‘The A-Team.'”

When “Mike Tyson Mysteries” had its debut at SDCC, it was uproariously received, and Tyson expressed his gratitude for that. “I went through one part of my life being a megalomaniac, so to think that I come to this grasping some kind humbleness … I look at myself now, I look at myself back then, and say, ‘Wow, right now, I’d be very nervous being in a room alone with that guy,’ but I’m really happy I don’t have to be that guy anymore.”

Unless, that is, he’s on screen. In the first episode, author Cormac McCarthy — or “Carmark MacArthur” as Tyson said, giving the first of what is sure to be many funny mispronunciations throughout the series — writes to Tyson because he needs help finishing his latest novel. Before Tyson and his merry band of mystery solvers can start writing, though, a chupacabra (or “chupacarma” or “chupamonga” as Tyson went on to say) starts wrecking havoc. At that point, Tyson knows what he has to do and sets out to stop the chupacabra, “the only thing I’ve never beaten the shit out of yet.”

It was this funny exchange that inspired this writer to ask the following question:

In episode one, you say the only thing you haven’t beaten the shit out of yet is a chupacabra …

Mike Tyson: Well, I can’t even pronounce it that well (laughs) — so it’s going to be funny on the cartoon because I call it so many other things.

That was my favorite … but is there anything left in real life for you to beat the shit out of?

(laughs) Those days are over. You have to do something to my children for me to hit you now.

Nikki  M. Mascali is the editor of TheBlot Magazine. 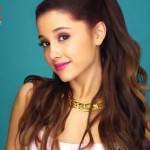 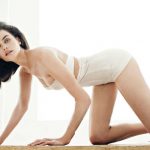