Whether through sit-down interviews or various run-ins in the night, I’ve met a lot of people who turned out to be capital-L Legends who helped define their era with innovation, wit, courage and personality.

I’m lucky to have met them and thrilled to share with you my thoughts on 20 of the most radioactively exciting of the bunch.

Some insiders have painted the King of Pop Art as an evil manipulator, but I found him to be tartly funny, with a healthy taste for dark humor, as well as someone who welcomed collaborations with younger talent and always lent his vote of support when you asked for it. Combine that with a kind of soured optimism, and the man was just my cup of soup.

A tireless entertainer who dreaded down time and was always working, honing and giving. She gave me a lot, both literally and figuratively. The woman was not a taker. And she helped break down walls for women in comedy as well as for what kinds of sick, hilarious jokes everyone could get away with.

I hope Larry doesn’t get mad if I come out here, as it were, and say he’s a bit of a teddy bear underneath all the rage. I sense a kind of sweetly vulnerable person down there — and I hope that doesn’t ruin his career, LOL.

A dizzyingly funny life force of positive energy — except when she used to get wronged by the biz, and who can blame her? Fortunately, those wrongs seem to have been righted and Ru rules, like a Pam Grier for the new age.

He’s funny, with a certain adorableness under the armor, though you don’t want to gush over his ’80s accomplishments or get on his wrong side.

From day one, she’s been looking out for herself, and that point of view has totally worked for her. But a certain generosity of spirit has bubbled through now and again.

A charming, vulnerable lady who usually needs a man around to feel whole. For someone with such endearing insecurities, she’s a powerhouse who’s changed the world.

Liza is a sort of singing and dancing raw nerve who wants everyone to be her best friend. And you can’t help but want to go along with that.

Inscrutable, cool and wary of bullshit, Debbie doesn’t have time for phoniness, and I love her for that.

The bitchy banter is basically a pose, and one she pulls off extremely well. The real Kathy is nice, smart, a real pro.

The man lived to entertain. An audience motivated him, inspired him and kept him alive and pumping. I met him when he was suffering from AIDS (but hadn’t revealed that) and was still flying around the Radio City Music Hall stage on ropes, giving a full-throttle performance that obviously filled him with as much glee as it did the audience. In our interviews and exchanges, he was a beaming, campy queen who told me chick-with-dick jokes, among other hilariously off-color remarks! And then he’d slam open his door to chase me down and giggle some more!

What a beyotch! And I loved her! In our sit-down, the woman could not stop spouting her distaste for all sorts of people and situations. She kvetched to me about John Huston, George Sanders, Jay Leno, Frank Sinatra and “the old lesbian guard” at the El Segundo prison she spent three days at for slapping a cop. Zsa Zsa was a one-woman gripefest and so freakin’ entertaining about it, I never wanted to leave. By the way, when I met her, she was promoting an animated film she had done a voice for. What part she did play? “A Beverly Hills bitch named Zsa Zsa Gabor” came the reply.

A man of many textures, “the sultan of bad taste” is also a gentleman with class and manners, shockingly enough. And his take on everything is always the right one. Fifty years from now, he’ll be even more legendary, as someone who altered the culture.

The Broadway diva was salty and funny, but with a show-biz survival instinct that tempted her to sabotage anyone who could potentially upstage her, then become their best friend when they didn’t. Fortunately, her unerring stage chops made it all OK.

The tycoon had absolutely everything, except, apparently, the gumption to be openly gay. In that bittersweet state, he would gaze admiringly at me at events and approach me to say he adored what I did and stood for! He also gave me a gushy quote for one of my books and featured me glowingly in Forbes magazine! You must believe me on this! (I’m not Brian Williams, LOL.)

Like any good Dame, this one has a wicked wit and the ability to come off like the wryly gabby lady sitting at the next hairdryer.

Anna Nicole wasn’t book-smart, by any means — in fact, in some ways she was dumb as dirt — but she had incredible savvy as to the power of her wiles and the ways to garner attention and success. Unfortunately, her ability to call the shots crumbled when she met a man who was wilier than she was.

The mouth that roars, Roseanne is tough, truthful and generous. She’s one of my all-time fave TV icon — for her groundbreaking work as well as her unfiltered persona.

Not a cuddly love bug, Divine had no tolerance for stupidity and didn’t want to play roles written for “ugly people.” She came alive with a dress and a microphone, though her drag past sometimes felt like an imprisonment. What a legend!

A brilliant woman who’s always evolving and self-analyzing. Jane has a sharp take on all her past persona, as well as on who she is now and where she’s going. Coming out from under the shadow of various men (including her patronizing father) has been a miracle for Jane, who keeps growing and glowing. 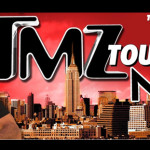 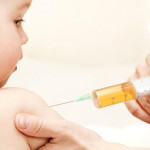