THEY DON’T CALL HIM MELLOW YELLOW

Where to start?  Man goes to Metallica concert.  Man possibly (?) drinks too much.  Man pees on another man, that man’s wife and daughter.  Be careful when attending concerts in New Mexico, as one of that state’s finest will be charged with indecent exposure and disorderly conduct for possibly peeing on a family at a Metallica concert in Glendale, Arizona.  But seriously, who just goes and pees on other people?  The answer can be found in one Daniel Daddio, a 44-year-old from Albuquerque who was arrested after a family of three told staff at the University of Phoenix stadium that they “felt warm liquid washing over their backs and legs.”

The father-as-pee-target told police that while attending the Metallica concert with his wife and 10-year-old daughter, he turned around when feeling the warm splash and was presented with Daddio standing there holding his junk.  Oddly, when the father instantly confronted Daddio for peeing on them with junk still out, Daddio’s only response was to simply shrug.  Seriously, I can’t imagine the self-restraint this father and husband must have had, as Daddio is both still alive and not in the hospital.

State troopers were called to the scene. They questioned Daddio, who denied peeing on the family. He was arrested around 9:40 p.m. Police said his ticket was located right behind the family, according to AZCentral.com. They also noted he seemed intoxicated, duh!

Daddio appeared in court over the weekend and the presiding judge seemed to have a wee problem with the allegations. “I have to say in the 15 years I’ve been on the bench, this is one of the most disgusting scenarios I’ve ever read… in any event, really inappropriate,” the judge told the court. 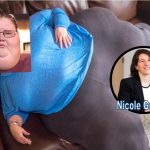