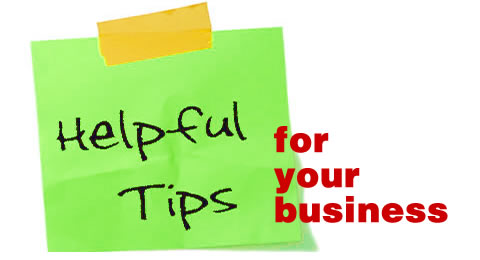 Starting your own business is an American dream. Being your own boss is something that resonates deep in the American psyche. The Horatio Alger stories of rags to riches have brought millions to the U.S. in search of “a better life,” by which we usually mean being richer. But starting up your own business requires a certain amount of courage, a decent strategy for success, and a positive small-business environment. The first two factors are largely up to the would-be entrepreneur, but the latter is a function of macroeconomics. The truth is there are bad times to start a business, and the question you ought to be asking is whether this is a good time or a bad time to launch your own boat.

There are a few things to consider when you look at the entrepreneurial environment. First, what does demand in general look like? Are people buying stuff or are they holding onto their cash? Second, what does the credit environment look like? Can you get a loan to buy the equipment you need and to fund operations until your business is self-sustaining? And if you are selling something that costs more than a few dollars, can your potential customers get the credit they need to buy from you? Third, what new financial and commercial avenues have evolved recently that breaks the mold for businesses established in your target industry? Fourth, and most important, can you get the labor your need with the talents required at a decent price? In looking at all of these, I have to submit that 2014 may well be the beginning of a very good period for new businesses.

Let’s start with overall demand. Economic science has pretty firmly established that depressions and recessions are caused by a lack of demand, that inflation is a side effect of excess demand, and that rising demand is exactly the kind of environment best suited for new businesses. Since 2008, global demand has been pretty dodgy. There have been places that have done better than others, but by and large, demand has been soft. That is starting to change. When you look at retail sales, business investments and consumer confidence, we are much better off than we were five years ago. There will be dips from month to month, of course, because these things don’t rise in a straight line. However, the trend is clear: people are starting to buy stuff, and that means the people who make stuff need to buy the ingredients for the stuff, and that means the people who provide the ingredients need to spend money on their inputs. A virtuous cycle has begun.

Credit availability is still lousy, but may be turning around. Ami Kassar, who is a loan broker (that is, his company helps other companies find funding), wrote this in the New York Times a year ago, “If you’re trying to start a business today, you can almost forget about going to a bank for financing.” A month ago, J.D. Harrison wrote in the Washington Post, “Small business loans continued to pick up speed in the wake of the recession.” The Thomson Reuters/PayNet Small Business Lending Index has posted four straight years in increases, and it averaged 110.4 for 2013 — 100 is the volume of loans made in January 2005. In other words, we’re at pre-recession levels. The Small Business Administration, a federal agency that loans money, is waiving all fees for loans smaller than $150,000, making it cheaper to borrow. So, if you need credit, you have a shot at getting some from a bank or Uncle Sam.

Of course, sometimes you can’t get a bank interested in you because what you are doing is so very new. Would you have loaned Bill Gates any money for a computer operating system before the personal computer was more than a toy for a few geeks in the San Jose area? But there are other players who have taken up some of the slack. Alternative lenders include factors (those familiar with the rag trade know all about these private pools of cash) and merchant cash advance lenders (usually your credit card processor). While their money is more expensive to borrow than a bank’s, you may stand a better chance of getting your hands on it. These alternative lenders are now looking at all kinds of businesses that they didn’t consider before. Yours could be one of them.

Finally, can you get employees who know what they are doing for a reasonable wage or salary? There are three applicants for every listed job vacancy in America right now. Most small businesses do not require post-doctoral studies or the ability to operate a particle accelerator. What you probably need is someone with basic computer skills, some knowledge of your industry and some experience dealing with the public and especially customers. Wages are ticking up a few pennies an hour according to the Labor Department, and there are millions of unemployed and underemployed people. And don’t forget those who are fully employed who hate their current jobs. Can you get the labor you need? Without a doubt, yes.

As I said, starting up a business requires some personal courage that not all of us have, and a solid business strategy that even some established firms lack. I can’t help you with those. But if you are wondering if the climate is right to launch your own business, I’d say it is the best it has been in quite a few years. 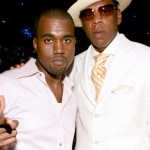 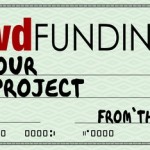