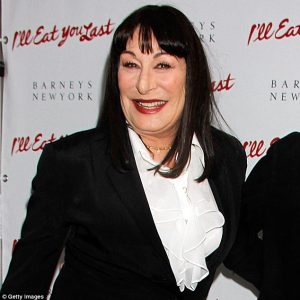 Eva Gabor, Arnold Schwarzenegger, Tina Turner, Snoop Dogg, Daryl Hannah, Ryan O’Neal & Farrah Fawcett, Manolo Blahnik, Sade, Boy George, Catherine Zeta-Jones, Muhammad Ali, Joan Collins, Andy Garcia, Halle Berry … what do they all have in common? Among many others stars, they are all featured in the book “Untouched” by Nairobi-born fashion and celebrity photographer Johnny Rozsa, with a foreword by Susan Sarandon. And yes, as the book title suggests, the subjects are all untouched. Photo retouching, enhancing possibilities and plastic surgery binges were not really the choice du jour back then. After all, it was the ’80s.

“Untouched” is a superb book. I could probably go further and say it is a necessary document of an era, because it reminds us that natural beauty used to be enhanced by the skills of a talented photographer, who not only possessed the technical skills but also the natural eye to capture it. And Rozsa possesses both. His earlier career was influenced by George Hurrell, who was a master of Hollywood glamour photography — he could light any subject to perfection. Johnny’s interaction with his subjects demonstrates a vulnerable and candid state of mind achieved by a collaboration based on trust. Today, the reality of celebrity photography is a result of extreme photo manipulation, or let’s just say Photoshopping. Remember the much talked about controversy surrounding Lena Dunham ‘s Vogue cover and spread? Or the very interesting music video for “Nouveau Parfum” by Hungarian musician Boggie? The latter is a piece that touches on the modern crisis of self-value in our plastic-oriented society.

Nowadays, Rozsa spends his time between New York, London and Morocco. His decision to relaunch “Untouched” by Glitterati Incorporated had much to do with the reality I just mentioned. “So many people are talking about photo retouching, and my book captures people without the use of Photoshop. Now, our eyes are trained to see photographs that are so retouched that people in magazines look unreal. I am not against retouching, I just had lots of celebrities’ portraits from the days it was not necessary, when I had access to upcoming and real stars,” explained Rozsa, who also revealed that Diana Ross was the best experience of all. “What a diva! I loved photographing Diana Ross because of her story. She has been a star since the ’60s, and she was photographed by the great ones like Avedon and Skrebneski. Diana’s experience with light and angles is awesome; she can see a camera pointed at her from 50 kilometers away and throw a great angle. Crazy as fruitcake though.”

Going through such an impressive list of names, I couldn’t help but ask Rozsa who the most gorgeous celebrity he photographed was, under any light. Without any hesitation he answered, “Tony Ward, the model who dated Madonna; quiet and cool, young or old, always sexy and attractive.” Rozsa stated that although he still feels passion for photography, it has morphed as he has gotten older. “Everyone takes photos all the time for Instagram or Facecrack; everything is recorded pictorially by everybody. My photography is about seeing, about noticing life and contributing for life’s beauty, I suppose, but I still have some plans for new work up my sleeve,” he announced.

All right, Mr. Rozsa, I’m ready for my close-up.

Gazelle Paulo is a contributing writer for TheBlot. He also writes a column for NewYorkSPY.com. You can follow him on Twitter. 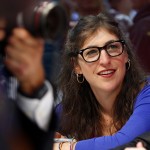 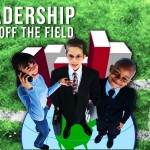