FINALLY SOMEONE MAKES AN ELECTRIC CAR THAT CAN CHARGE ITSELF, THE HUMBLE ONE

So I’ve been a fan of the idea of the Tesla for years now.  In fact, I still can’t believe how many years it’s been since Tesla was a pipe dream as competition to the major, gas auto makers.  But it’s already the year 2021, Tesla is a big player in the electric car making market, and new players are jumping into the game every single day.  But one thing that has continually bothered me is how (at first) Tesla didn’t offer off-grid charging options.  And well, no one else really has, either.  But then I saw the forthcoming Humble One electric car, which will finally make off-grid charging a real, market option for consumers.

OFF-GRID CHARGING MEANS YOU DON’T HAVE TO PLUG HUMBLE IN, IN ANY WAY AT ALL

So ok, you don’t know what I mean by off-grid charging?  Well, it’s off grid.  So that means it’s not plugged into anything.  So it charges, all on its very own self.  How?  Well, solar panels, of course.  I’ve been waiting and waiting to see when this will appear in a world that will only have electric cars within as little as 20 years.  And, finally, Humble Motors has done it.  But I still don’t know why it took so long.  Clearly, the “market” didn’t think there was demand for this.  Which really means if we don’t sell it, people still have to buy all the electricity that powers their cars.  Um, lame.

ALMOST 70,000 RESERVATIONS ALREADY MADE FOR HUMBLE ONE, 3 YEARS BEFORE PRODUCTION

So sure, the Humble looks like a current idea of what a modern, futuristic car should look like.  And, well, that could be a mixed bag for some.  But it’s an SUV that charges itself.  How?  With just over 82 square feet of solar cells on the roof and windows.  They should be enough to charge the car from the sun for as many as 60 miles a day.  But with a range of supposedly 500 miles, you won’t be making a crazy long road trip without plugging in somewhere.  It will cost as much as a Tesla.  But not until deliveries begin in 2025.  You can reserve yours with a $300 deposit.  But get in line!  They already over $20 million in reservations.

So, maybe buy some Humble stock?  Like the car, it will likely pay for itself. 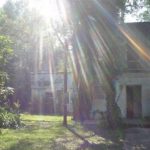 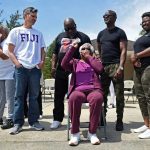