The Food and Drug Administration is finally going to ban artificial trans fats from foods in the U.S. This is only about 40 years overdue, but the food industry, like the tobacco business, is awfully well-connected. Its profits come before the citizenry’s health. But to be perfectly fair, getting rid of the artery-clogging trans fats will only help on the margins. The truth is that we Americans simply eat too damned much. By too much, I simply mean we intake more calories than we burn up on a daily basis. Olympian swimmer Michael Phelps could eat 12,000 calories a day because he was swimming 30 hours a week. Mr. and Mrs. Folding-Lawnchair in Anytown, USA, don’t have that kind of activity in their lives.

There are a lot of factors at play in this gluttonous lifestyle. We were told to “clean your plate” growing up because there were people starving in [fill in the blank with whatever place had a famine at the time]. We have a culture that teaches more is better, not better is better. We don’t work in the fields or factories the way we used to; we work in cubicle farms. And when we go out to eat, there’s an insistence on value for money. There is no greater praise in America for a restaurant than “you get a lot of food for the money,” or as the food critics put it, “portions are generous.”

On a daily basis, the average adult male in his 20s who is moderately active should be getting about 2,600-2,800 calories a day, and his equally active twin sister should be getting 2,000 to 2,200. As I noted, if you’re more active, that can go up a bit, and as you age, the figure drops.

So, with that in mind, check out these meals that will have your thighs rubbing together, your belly swelling and your life expectancy plummeting in no time:

Taco Bell Volcano Nachos — 980 calories. I don’t know about you, but I prefer real Mexican food to Taco Bell. Then again, it’s hard to louse up nachos. One order of these would be one-third to one half of your daily calorie intake.

Wendy’s Dave’s Hot ‘n’ Juicy ¾ Pound Burger — 1,060 calories. Anytime you see “and” reduced to the letter “n” between a pair of apostrophes, bad news is likely to follow. You’d be better off eating three of Wendy’s regular burgers.

Above, Dairy Queen’s Chicken Strips and Gravy — 1,370 calories. When I was a kid, my uncle Marlowe used to take me to DQ whenever I would visit. If you have a soft spot for soft-serve, well, you can keep your Carvel. But I never ordered anything other than DQ’s ice cream, and neither should you. Their banana split comes in at just 530 calories. That’s right, two banana splits have fewer calories than this meal.

Quiznos Tuna Melt – 1,535 calories. Innocent sounding, ain’t it? Good thing I hate tuna, because one of these doesn’t leave you that much else for the day.

But if you want to get into the real heavy-duty stuff, you have to leave fast-food behind and settle in for a sit-down meal. These are real prize-winners:

IHOP’s Chorizo Fiesta Omelette — 1,300 calories, but wait, you get to add on to this. It comes with three buttermilk pancakes (alternatives like hash browns, toast and fruit are possible), and those need syrup. Presuming you’ll use four tablespoons (a moderate amount), this breakfast then becomes 1,990 calories, a full day’s worth of food.

Uno Chicago Grill’s Deep Dish Macaroni and 3 Cheese — 1,980 calories. Despite a quarter century of living in New York, I prefer Chicago-style deep-dish pizza, and Uno does it well. But a glorified mac and cheese isn’t its sweet spot. Eating a half of its cheese and tomato pizza at 1,700 calories is actually a better bet.

Dickey’s Barbecue Pit’s 3 Meat Plate — 2,500 calories plus. One way to have this is Polish sausage, pork ribs and beef brisket and sides of fried Onion Tanglers and mac and cheese, plus the free roll, pickles, onions and a 32-ounce sweet tea. This chain also invites diners to consume as much free soft-serve ice cream as they want. Do I need to point out this is a Texas-based chain, and everything’s bigger in Texas including the risk of premature death?

Above, Maggiano’s Little Italy’s Veal Porterhouse — 2,710 calories. You’d think veal wouldn’t be that calorific, but there are ways. At Maggiano’s, the veal porterhouse comes with half a pound of roasted, fried and garlic-buttered crispy red potatoes, and the veal is almost drowned in butter sauce. No, it’s not kosher.

The Cheesecake Factory’s Bistro Shrimp Pasta — 3,120 calories. “Crispy battered shrimp, fresh mushrooms, tomato and arugula tossed with spaghettini and a basil-garlic-lemon cream sauce.” Sounds great, doesn’t it? For a lot of people, it’s enough for today and most of tomorrow.

If this were just an American problem, we could probably find an American solution — which we would then ignore because it would cost too much or infringe on our freedoms or otherwise be inconvenient.

But what happens in America spreads elsewhere. For instance, in Britain, you’ve got Gourmet Burger Kitchen, known locally as GBK. Here’s what it writes about itself: “Back in 2001, three Kiwi guys set up the first Gourmet Burger Kitchen in Battersea, South London, changing the UK burger scene forever. Now with over 60 restaurants across the UK, we still pride ourselves on serving up a variety of handcrafted burgers, combining 100% prime beef with the freshest ingredients and burger sauces made from scratch, every day, in each GBK kitchen.” Well, a GBK burger is 900 calories or so plus French fries (chips, there), ketchup, and we’re at 1,500 easy.

More traditional fare? Wetherspoons is a chain of pubs where the beef and kidney pudding and all-day brunch contain more than 1,000 calories.

Meanwhile, some 795 million people in the world do not have enough food to lead a healthy active life. That’s about one in nine people on Earth. Poor nutrition causes nearly half (45 percent) of deaths in children under 5 — 3.1 million children each year. One out of six children, roughly 100 million, in developing countries is underweight. 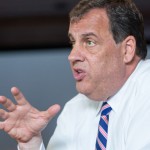 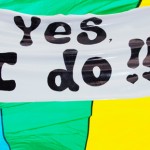