It has long been said that if a prosecutor wants to, he or she can convince a grand jury to indict a ham sandwich. The metaphor is used to paint the picture of the amount of discretionary power a prosecutor has in seeking charges against a criminal defendant: The power to include certain persuasive evidence, witnesses and statements over others.

In theory, grand juries are empaneled to determine whether or not a person is deserving of criminal charges. In practice, though, they are merely a cog in a system that affords greater privileges and weight to the accused rather than the accuser. Prosecutors can coerce or manipulate a grand jury into handing down criminal charges against just about anyone for just about any reason.

Or, as the nation saw in St. Louis last week, they can do the opposite — coerce a grand jury not to charge someone, if so desired.

The grand jury empaneled to decide whether former Ferguson, Mo., police officer Darren Wilson would be criminally charged in connection with the fatal shooting of unarmed black teenager Michael Brown was probably never going to indict the officer. There was too much confusion — described by some as a “fog” — after prosecutors presented an overwhelming amount of evidence that appeared contradictory at times and testimony that was fabricated from the start.

All indications — both before the announcement and after — suggested St. Louis County prosecutor Robert McCulloch hoped the grand jury would not return a bill of indictment against the Ferguson police officer.

That secrecy can be problematic: Prosecutors can, and often do, highlight evidence and testimony in their favor, while excluding everything else. A usual grand jury process takes around half an hour, with most juries reviewing testimony and evidence in a matter of just 10 minutes. If a prosecutor wants to, he or she can convince most juries to hand down a true bill of indictment against an individual — whether truly guilty or innocent — that same day. And statistics show minorities — in particular, blacks — are indicted by grand juries overwhelmingly more than whites.

“Grand juries indict most suspects in less time than it takes to brew a pot of coffee,” wrote a reporter for the Cleveland Plain-Dealer newspaper. In Cleveland, grand juries hear as many as 40 cases a day and hand down indictments in a matter of a few minutes. In one case, a grand jury indicted the owner of a tow-truck company for allegedly receiving stolen car parts. The indictment was returned after just seven minutes of testimony. A judge later threw out the case, but by then the damage was done — his reputation was compromised, he lost money, his company and his livelihood.

All of this suggests that one way to fix the grand jury system is for prosecutors to lay everything out on the table, then let 12 people decide whether or not a person has broken the law. But as the Ferguson shooting case suggests, this can actually work in the favor of prosecutors who have no desire to see a person criminally charged, and instead use the process merely to satisfy the public’s call for an investigation.

From the beginning, McCulloch’s probe into the fatal shooting has been plagued by controversy. In mid-August, the prosecutor sidestepped calls to recuse himself after media reports revealed potential conflict of interests. Among them, McCulloch rebuked Missouri Gov. Jay Nixon’s plan to hand jurisdiction over the city of Ferguson to the Missouri Highway Patrol when protests and riots broke out earlier in the month. Another news report said McCulloch may have a personal conflict because his father had been killed while serving as a police officer.

Despite the conflicts, McCulloch refused to recuse himself, and the governor said he would not execute his authority to have him replaced. “There is a well-established process by which a prosecutor can recuse themselves from a pending investigation, and a special prosecutor be appointed,” Nixon said in a statement. “Departing from this established process could unnecessarily inject legal uncertainty into this matter and potentially jeopardize the prosecution.”

And so, the empaneled grand jury saw a slew of evidence and an overwhelming amount of testimony presented by McCulloch’s office over the course of three months. It was, as some legal pundits have noted, less an obvious attempt by a prosecutor to bring criminal charges against a person, and more an ad hoc trial in which a jury saw everything and heard from everyone possible.

The grand jury heard testimony from witnesses who said they saw Brown charging at Wilson, and others who said Brown’s hands were raised in the air — an interpreted sign of surrender. They also heard from witnesses who told investigators they had seen the incident, but who later recanted in whole or in part after being sworn under oath. One witness admitted to the grand jury that she’d fabricated her statement to investigators, but only after she received assurance from the Department of Justice that she would not be charged with making a false statement.

The grand jury reviewed a tape in which a prosecutor interviewed an associate of Brown who was with the teenager the day he was shot. When the friend told the prosecutor he had seen Brown plead with Wilson not to shoot, the prosecutor responded that what he claimed wasn’t “forensically possible based on the evidence.” The prosecutor ended the interview after the friend refused to change his story.

The grand jury also saw a litany of physical evidence that prosecutors assured could not be created or changed “because of public pressure or personal agenda.” They reviewed photographs and police reports that supported Wilson’s claim that the officer had backed up twice when firing on Brown. But the evidence couldn’t yield answers about whether Brown charged at the officer or what the distance between Wilson and Brown was when the teenager was fatally shot.

And, perhaps most unusual for a grand jury proceeding, they heard from the accused. Wilson himself testified in mid-September, asserting that the shooting was justified because he feared for his safety. The jury heard that Wilson chose his firearm over his mace out of concern for his eyesight. They heard him reiterate that Brown assaulted the officer, then later charged at him, with an expression on his face that made the teenager look like a “demon.” They also heard that Wilson defied his supervisor’s wishes to remain at the scene of the shooting, and later washed blood off his hands and placed his duty weapon in a plain, unsealed envelope — a practice not in line with usual law enforcement procedures regarding evidence.

In the end, the jury was left with more questions than answers. And those questions meant the empaneled men and women could logically come to only one conclusion: a refusal to indict.

FOR BETTER — OR WORSE?

Some have praised the prosecutor’s approach to the Ferguson grand jury. “This approach should not be condemned; it should be expanded upon,” law professor Kaimipono Wenger wrote, highlighting the unusual nature of a prosecutor presenting everything for a grand jury to consider rather than cherry-picking evidence with the hope of securing an indictment.

A nagging feeling still lingers: Why was this much consideration afforded in this case, involving a white man, a police officer, who undoubtedly shot dead an unarmed, black teenager? Why not the cases involving thousands of African-American men and women who are indicted for lesser crimes, who are sometimes found innocent or who are later exonerated due to sloppy work by investigators?

We all know the answer.

That’s not to say the other end of the spectrum — the usual order of business, in which a grand jury accuses an individual of criminal wrongdoing after reviewing hand-picked evidence for less than 15 minutes — is better. It’s just to say that the Ferguson-style approach reveals our entire grand jury process is more broken than we thought. 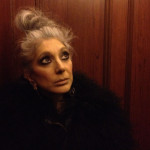