A Border Patrol agent has been accused of installing and operating a hidden camera inside a women’s restroom for at least two years.

Armando Gonzalez, 46, was arrested by Federal Bureau of Investigation (FBI) agents last week on suspicion of hiding a spy camera inside the women’s restroom of a border patrol in Chula Vista, a suburb of San Diego.

Gonzalez was cited in January by local police for operating the camera in the restroom. He was not booked at the time and was released on his own recognizance after making a written promise to appear in court, San Diego ABC affiliate KGTV reported.

KGTV, the media outlet that broke the story in late January, said Gonzalez worked in internal affairs. In addition to his job with the border patrol, Gonzalez also holds a security license issued by the state and once ran a business called “American Police Supply.”

Gonzalez was arrested by federal investigators and booked over the weekend. He has been charged with one count of video voyeurism and one count of making false statements to police.

Prosecutors allege Gonzalez made hundreds of videos over the past year from a camera installed in a sink drain. The border patrol agent reportedly told investigators that the camera had been in place for no more than a few days, but a search of his computer revealed otherwise. Gonzalez also reportedly told police that the camera had been installed on suspicion that a border patrol employee had been using drugs at work. He claimed to have deleted images that weren’t related to his independent investigation; prosecutors dispute this, saying Gonzalez saved a large number of recordings.

Gonzalez is accused of recording hundreds of videos depicting more than a dozen women. A police source reportedly told KGTV that some of those women included employees of other government agencies.

KGTV says border patrol agents have been instructed not to speak to the press about the incident. An attorney retained by Gonzalez asserted the agent’s innocence and said he would vigorously defend against the charges.

A federal judge set Gonzalez’s bond at $50,000 and ordered him to stay away from the alleged victims. The border patrol says Gonzalez has been placed on administrative leave. 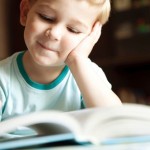 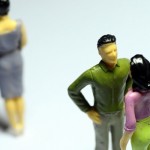