In “Sinister 2,” James Ransone reprises his role of Deputy So & So, but this time he is Ex-Deputy So & So. He now works as a private investigator, picking up where Ethan Hawke’s character left off — pursuing murders and the demon Bughuul.

He happens upon Courtney Collins (Shannyn Sossamon), fleeing from her abusive husband (Lea Coco) with their twin boys Zach and Dylan (Dartanian and Robert Daniel Sloan).

Both “Sinister” films were co-written by Scott Derrickson and C. Robert Cargill. Due to a scheduling conflict, previous director Derrickson had to choose capable hands to pass along his directing torch. He reached out to Ciarán Foy (writer and director of “Citadel”) via Twitter.

I always expect horror movies to have ridiculous plots, but this one still spooked me. It wasn’t the cheap jump-out-of-your-chair scares. It was more like the slow terror from childhood ghost stories. The music, special effects and macabre snuff films made on ancient equipment — 16mm film projector circa 1928 and a vinyl record turntable with a gramophone — gave me the willies with just the right amount of scratches, crackles and pops. The film images of family members hanging like scarecrows and set on fire kept me curling in on myself in the dark theater.

I caught up with James Ransone for an exclusive interview for TheBlot Magazine.

Dorri Olds: Did you get spooked when you watched “Sinister 2?”

James Ransone: I don’t get scared by horror movies. I get scared by movies like Michael Haneke’s “Amour” where his wife has Alzheimer’s disease, and she slowly deteriorates. That’s a much more terrifying movie because that could totally happen. The scariest part to me about watching “Sinister 2” was watching me.

You mean it’s uncomfortable watching yourself?

Aw, you were great, very likable. You seemed sincere and natural.

That means a lot to me. Thank you so much.

In the movie, you and Shannyn Sossamon seem like such a sweet couple. Too bad she had an insane husband, eh?

[Laughs] Well, you can’t win them all, can you?

If you met a woman in distress, would you help? I don’t mean fight off demons, but are you a considerate guy?

Yeah, I think so. I try to be. My ego would like to believe that I am that way now — I didn’t used to be. But it takes a lot of diligence to remind myself to be as helpful as I can to other people. Am I perfect at that? No. But whatever situation I’m in, I try to be helpful.

I enjoyed watching you with Robert Daniel Sloan, who played Dylan. Is it difficult to say goodbye when you finish a movie?

That’s the beautiful part about my job. It’s like going to summer camp. I make a bunch of new friends that I’ll never see again.

Sometimes you find people and you’re friends with them for the rest of your life, but I’m really close with my family, especially my younger brother. And I have a core group of people that haven’t changed throughout the years. The older I get, the more insular I become. I don’t need to go out and make a whole bunch of new friends. It’s just cool to meet a bunch of new people that I’m forced to be in the situation with.

Was your family supportive when you wanted to be an actor?

Yeah, they were incredibly supportive. If my mom hadn’t found the art school I went to in high school, I would’ve either died from drugs or something really terrible.

What was it like playing Ziggy on “The Wire”?

It was interesting because I was young, and it was one of my first gigs that had a lot of legitimacy behind it; working for HBO. I just showed up, did my work, tried to be prepared and play it as comically ridiculous as I could.

Were you into drugs then?

Not while I was filming and in the midst of production and going to work. Back then I would come back to New York and drink with my friends, but that was it. I wasn’t doing a lot of drugs yet. I became strung out on heroin a couple of years after I had already completed the show, which is weird because I think people thought I was a junkie then, but I wasn’t.

How do you feel about talking to the press?

Look, here’s the thing — you sort of feel like a phony after a while because you try to sit across from someone and have an honest conversation, but the truth is we’re sitting here talking about me. People might assume that feels good — and it does initially — but then it’s just bullshit, it’s fake.

Do you think stars go under emotionally because they take it all too seriously?

I don’t know whether they take it too seriously or they’re just around a bunch of people who placate all their bullshit. Look, I think being famous in the degree to which some people can become famous these days is insane. I think it’s toxic for your brain. If you’re on TV, you don’t have more answers than anybody else does. People also forget that you can be the subject of ridicule.

Have you gotten any rude comments on social media?

Oh, yeah, all the time. As I’ve gotten older, when I see stuff like that, I don’t take it personally because I think that person must be in a lot of pain. Shit rolls downhill. If someone can anonymously tell someone how shitty they are, that means someone is telling them how shitty they are.

The movie “Tangerine” is also in theaters now, and I just found out that “Mr. Right,” a movie I did with Sam Rockwell and Anna Kendrick, is going to the Toronto Film Festival. Then I have this western I made with John Travolta and Ethan Hawke, “In a Valley of Violence,” which comes out later this year. And now I’m working on some HBO stuff that I can’t talk about right now.

The only thing that I would like to tell people is, don’t listen to me. I have no authority on anything. Everything I say is just a fucking opinion. All of the answers that everyone needs are within them.

Have groupie types thrown themselves at you? 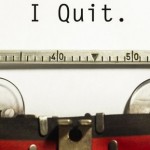 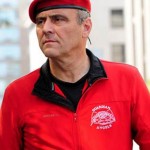