I am old enough to remember when the governor of Texas was a grand human being. I mean, of course, the late Ann Richards. Since she left office, it’s been a sad run for the Lone Star State: George W. Bush, Rick Perry and now Greg Abbott. Hard to believe these idiots are the heirs to Sam Houston.

Abbott, however, has gone the extra mile and won our Red Forman Dumbass Award. That’s something that neither Bush nor Perry can claim, and they are serious competition. Perry couldn’t remember what government agencies he wanted to close while running for president. Bush lost two towers in lower Manhattan, two wars in central Asia, the budget surplus and the city of New Orleans. But neither gets the award. Abbot does.

Abbott wins the award for supporting those who would like Texas to secede from the United States, and at almost the same time, holding his hand out to that same federal government because his state is underwater. What a dumbass!

Taking the secessionist point first, the right wing in Texas and a few other places has been having kittens over a Pentagon exercise called Operation Jade Helm 15. Like a lot of war games, various territories are designated friendly and hostile, and sometimes there’s a red army and a blue one. It’s just a way for warriors to get some practice in without actually killing anyone. For Jade Helm 15, Utah and Texas are designated hostile on the map with California, Colorado and Nevada as friendly. Arizona leans friendly and New Mexico leans hostile.

The 10-gallon asshats decided that this was all a cover for a U.S. government takeover of Texas (which happened in 1865 with the unconditional surrender of the traitors in the Confederacy).

Abbott fits in here because he asked the Texas State Guard (a militia distinct from the Texas National Guard) to monitor the actions of the U.S. military. He’s spending money to keep an eye on America’s soldiers — never mind that having the state guard keep an eye on the U.S. Army is like having a guppy keep an eye on a shark.

OK, every politician needs to pander to the idiots. I get that. If this were all he had done, I don’t think he’d win the prize. But now that the state of Texas has flooded, Abbott’s asked the Obama White House to sign an executive order declaring Texas a disaster area and making it eligible for millions in relief aid.

And how does he feel about executive orders that deal with immigration? He called the Obama order on immigration “nothing but an unlawfully adopted legislative rule: an executive decree that requires federal agencies to award legal benefits to individuals whose conduct contradicts the priorities of Congress.”

Now, I tease Texans a lot (they usually deserve it, but then, I’m from Colorado where we tell Texan jokes), but these are both my fellow Americans and my fellow human beings. Whatever Texas needs to deal with the floodwaters, we should provide to the best of our abilities. That’s what we do — we’ll forget for now the Republicans (e.g. Ted Cruz) who voted against aid after Hurricane Sandy.

But Gov. Abbott gets the Red Forman Dumbass Award for asking for a handout from the very government he has decided needs to be monitored lest it take away the liberty of the citizens of his state.

I guess that whole secession thing is on hold until the FEMA checks clear? 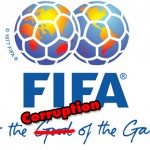 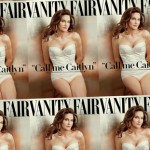