The Federal Bureau of Investigation requires local law enforcement to sign a non-disclosure agreement prior to the purchase of controversial cellphone surveillance technology earmarked for use in homeland security investigations, according to a new document published on Tuesday.

The document posted online by the website MuckRock offers the first hard-copy confirmation of what had already been made public in courtroom testimony: That the FBI orders local law enforcement to keep quiet about the controversial spy gear before police and sheriff’s departments are able to obtain it.

Months ago, a MuckRock user requested information concerning the Tacoma Police Department’s acquisition and use of a cellphone tower simulation tool called a Stingray. When deployed, a Stingray forces all cellphones within a certain radius to connect to it instead of an actual cellphone tower; once phones are connected to a Stingray, officers are able to gather certain metadata, including handset information, call logs, text message logs and geographic location data.

Stingrays are controversial pieces of equipment because of how law enforcement acquire and use the devices. While agencies often cite homeland security — chiefly, terrorism — as the sole reason for buying the technology, documents obtained by various media outlets over the past year have revealed that police are using Stingrays in routine criminal investigations. At least one law enforcement agency admitted to TheBlot Magazine that they were permitted to use the device in any investigatory manner.

In many cases, police fail to obtain a warrant prior to using a Stingray device, raising concerns that officers are conducting unconstitutional searches. In at least one case, officers admitted concealing their use of a Stingray from a defense attorney and a judge in a Florida criminal matter. Prosecutors cited a non-disclosure agreement signed between the FBI and local law enforcement as the reason why the use of a Stingray was never revealed during the trial. The verdict in the case was set aside on appeal.

The non-disclosure agreement is one of several reasons why the Sacramento Sheriff’s Department fought hard to prevent the release of Stingray-related documents when pressed by TheBlot and local television station KXTV earlier this year.

Initially, the Sacramento County Sheriff’s Department told KXTV investigative reporter Thom Jensen that the agency “did not own or use Stingrays.” In August, the department reluctantly admitted to possessing a cellphone site simulator after lawyers with KXTV’s parent company Gannett threatened to get involved. In a Facebook post that has since been deleted, the agency cited a non-disclosure agreement from an unidentified federal agency as the reason why it initially withheld the documents.

TheBlot filed a similar request for documents shortly after KXTV’s first report aired in March. To date, the Sacramento County Sheriff’s Department has failed to furnish any documents related to our request, though it did give KXTV several receipts related to the purchase of technology from the Harris Corporation. It continues to withhold other documents under various state and federal laws, including statutes that deal with the disclosure of military-grade weapons.

The Tacoma Police Department has been a bit more transparent about its Stingray use since it was first made public by the local newspaper earlier this month. According to the agency, officers first obtain a warrant before they use the device and they limit their use to certain criminal investigations. The technology was acquired over concerns that domestic terrorists could plant bombs at various landmarks and buildings; to date, the department has not used the device in explosives investigations.

The newspaper said the Tacoma Police Department briefed every member of the city council before it sought to acquire the Stingray in 2007. Some city council members have corroborated this claim, while others say they cannot remember an instance in which the police specifically requested authorization to purchase the spy gear.

But all Tacoma city council members seem to agree they were consulted by the police department when asked to approve more than $200,000 for software-related upgrades from the Harris Corporation so that police could use already-acquired surveillance tools against new forms of cellphone technology, specifically those with LTE-compatible antennas. The document published by MuckRock this week was written by the FBI in December 2012; it likely relates to the software purchase. 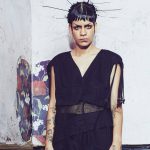 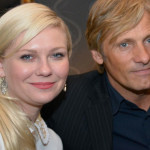