I have lived in New York since 1987, and before that, I was a Londoner for a few years. As a result, I think of myself as rather worldly and cosmopolitan in my outlook. However, every once in a while, I run across something that reminds me of my North Dakota birth and Colorado upbringing — something that underscores how American my instincts remain.

The latest example of that is slow TV. Slow TV is a popular form of entertainment in Norway, and it is gathering adherents in the land of the bland (what Norwegians call Sweden). It is only a matter of time before someone tries to put it on U.S. TV.

What is slow TV? Well, imagine a show about a sweater being knitted. That’s all there is to it. We start with a sheep being sheared, the wool being carded and spun, and maybe dyed. Then, the knitting starts. This thing could be on for five hours, or eight. We aren’t sure.

The Guardian says this is a real show, and it isn’t even the first of its kind. “In February there was a 12-hour programme about a log fire being built and maintained. And a 10-hour show following a train journey from Oslo to Bergen. And 18 consecutive hours of salmon spawning. And a five-day broadcast of a cruise ship traveling up the Norwegian coast.”

Surely no one watches this crap, I thought. I was wrong. NRK2 is the channel that showed the train trip, the little sister of national broadcaster NRK1. NRK2 usually gets about 4 percent of the national audience, sort of a second-tier PBS. The Oslo-Bergen train show got 15 percent. As for the cruise of the Hurtigruten up the coast, three million viewers looked in on it. That’s rather impressive when you consider Norway’s population is around 4.7 million.

Swedish Radio (Sverigeradio) explains, “Jonathan Nordin, a digital producer at Sweden’s TV4, explains to Radio Sweden why the channel has caught on to this Scandinavian TV trend.
‘It’s pretty much the opposite of what we’re used to when it comes to live broadcasting, which in most cases is about a high tempo and fast transitions. This is the opposite and we think people appreciate a slower pace when the rest of the flow around them is so fast’.”

Slow TV did have an American predecessor when Andy Warhol was doing films. Wikipedia says “One of his [Warhol’s] most famous films, Sleep, monitors poet John Giorno sleeping for six hours. The 35-minute film Blow Job is one continuous shot of the face of DeVeren Bookwalter supposedly receiving oral sex from filmmaker Willard Maas, although the camera never tilts down to see this. Another, Empire (1964), consists of eight hours of footage of the Empire State Building in New York City at dusk. The film Eat consists of a man eating a mushroom for 45 minutes.”

Of course, Warhol’s stuff isn’t on TV, and half the country isn’t tuning in.

One of Norway’s more popular shows involved building a fire and watching it burn. If that reminds you of the Yule Log WPIX and other stations show at Christmas, you’d be close to right. The difference is that the Yule Log is on only about three hours. The Norwegians showed eight hours of fire, starting in prime time on a Friday night — and there was no music, just the sound of the fire.

While the Yule Log fire plays on a constant repeating loop, the fire on “National Firewood Night” burned all night long, in suspensefully unscripted configurations. Fresh wood was added through the hours by an NRK photographer named Ingrid Tangstad Hatlevoll, aided by viewers who sent advice via Facebook on where exactly to place it.”

“I couldn’t go to bed because I was so excited,” a viewer called niesa36 said on the Dagbladet newspaper website. “When will they add new logs? Just before I managed to tear myself away, they must have opened the flue a little, because just then the flames shot a little higher. I’m not being ironic,” the viewer continued. “For some reason, this broadcast was very calming and very exciting at the same time.”

The New York Times says the show was controversial. “We received about 60 text messages from people complaining about the stacking in the program,” said Lars Mytting, whose best-selling book “Solid Wood: All About Chopping, Drying and Stacking Wood — and the Soul of Wood-Burning” inspired the broadcast. “Fifty percent complained that the bark was facing up, and the rest complained that the bark was facing down.”

I am very proud of my Norwegian heritage, but there are some things about it that I plain don’t understand. Voluntarily eating lutefisk is one of them, wearing loud trousers during curling matches is another. To this, we can add slow TV. Hell, I’d rather watch paint dry — which will probably be on Norwegian TV next fall. 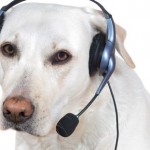 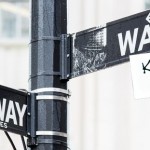