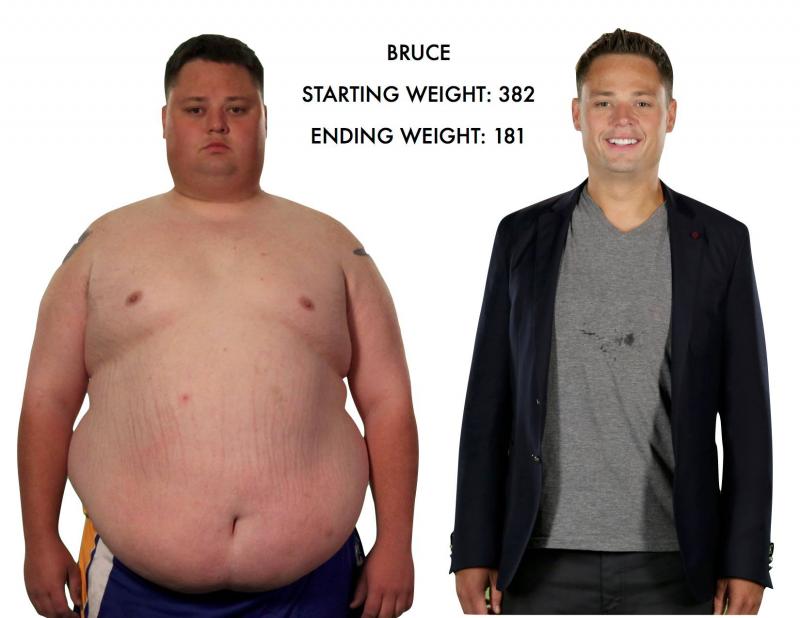 We have become a culture of extremes. A nation riding on sensation. At any given moment, there’s so much pulling at us, grabbing greedily for our attention, that to reach us, or have any hope at doing so, messages have to be outrageous … exaggerated. We’ve seen this in the “weight loss as entertainment” trend. Yet a recent public outcry shows us we may have gone too far. It seems we don’t like the monsters we created.

During the “Biggest Loser” finale, 24-year-old Rachel Frederickson, an LA-based voice-over pro, took center stage in a shimmery, slimming dress to collect her $250,000 grand prize (for the accomplishment of having lost the most weight). Instantly, a Twitter uproar over her too-skinny, one-extreme-to-the-other appearance ensued. The skewering backlash was harsh, and immediate. But why waste time hating the player when we can instead hate, or simply turn off, the game?

Frederickson lost 60 percent of her body weight during the 4.5 months she spent on the show, dropping from 260 pounds to 105 (a massive weight loss of 155 pounds). With her slight height of 5 feet, 4 inches, this put her BMI (body mass index) at 17.5, which is defined as underweight by the CDC and NIH. According to a Weight Watchers chart, the minimum healthy-range weight for this height is 117.

Risks of Being Underweight

Being underweight is having a weight less than is needed to maintain health. Similar to being overweight, those underweight are at higher risk for certain health problems. Your immune system is weak, making it harder to ward off illness. You lack energy. Your bones and frame are fragile (upping risk for osteoporosis).

Being underweight can signal an underlying problem (for example, overactive thyroid). Or it can signal that your diet doesn’t give your body the sufficient calories, or energy, needed to function. The underweight often lack vital nutrients the body needs to run properly. For instance, low iron levels can lead to anemia (or, low red blood cells, which makes one feel drained).

Many cited the stunned faces of trainers Jillian Michaels and Bob Harper, when Frederickson made her shocker-slimmed-down appearance.

Michaels made a statement exonerating herself and Harper from blame, saying she was “not comfortable commenting on Rachel’s journey because (we) weren’t her trainers and weren’t given the opportunity to work with her at any point,” reported People.

But the real heart of the matter is this: We, as a nation, have got (!) to stop praising and clapping and making a spectacle about the number of pounds shed. I know this is not a popular belief. Yes, it is dramatic to see a before and an after. And how can I be such a jerk as to not support someone’s work, their journey, to enhance their health and appearance?

Well, I’ll tell you how. Weight is just a number. That’s it. Healthy lifestyle, on the other hand, is a lifelong shift in awareness that requires daily dedication. It is a marathon not a sprint. It’s a lifelong choice, not a fad or a fleeting trend. Anyone can go on a saltines-and-water-only starvation diet and take off weight. That’s not hard. That does not a journey make. And it’s certainly not healthy.

What I really want to see are sustainable, gradually incorporated, positive changes in daily living. Alertness and awareness in the present moment, and accountability for our actions. Because we are adults who have the power to take control and make decisions.

What I was pleased to see,  were viewers speaking up in the Twittersphere, recognizing and calling out such dramatic weight loss as too extreme, not just unhealthy but unsettling and not at all celebratory. But here we are attacking this woman. When we, the American people, built this machine. I see countless “weight loss success stories” headlines daily: on Twitter and on websites and in magazines (with their requisite shocking before-after photos).  My in-box gets flooded daily with p.r. pitches about “weight loss success” stories I should consider covering.

And the masses (er, millions) tune in regularly to such shows. After all, if no one watched, there would be no show….right? I mean, we set up this stage where the one item we talk about, with regard to a person, or contestant, and their accomplishments, is her or his weight. That’s it. The whole show, and story, is about how people change how they look, by slimming down their size. (“My, what na accomplished…..weight loser…..or dieter…you are”). All seems exceedingly boring to me. Have we as Americans become so flat…dull…simpleminded as to care so much about weight loss?

Unfortunately, yes. It’s a regretful truth I see played out every single day. What I’d like to know is this: What possible value can watching such a show provide to a person? Is it going to get those at home watching up and off the couch? Maybe. But highly doubtful.

Link Between TV and Weight

Know why that’s highly unlikely? Because there is a strong correlation between television viewing and inactivity. Throngs of studies have demonstrated a link between television watching and being overweight. You see, television watching does not supplement but more often replace physical activity in a child’s life, and snacking often accompanies watching the tube. What’s more, many TV ads promote unhealthy foods. According to University of Michigan researchers, two-thirds of the 20,000 TV ads an average child sees each year are for food, most of which is high-sugar. (Read research findings here).

Did I mention that while watching TV, the metabolic rate goes even lower than it does during periods of rest? And these childhood effects often translate to adult struggles.


Some parents commented that they were especially dismayed at the skinny-miss “winner” because they were watching with their teen daughters. A great step in the right direction. Yes, sure, speak up! This is screwy! But here’s the deal: If you really want your voice to be heard, stop watching. And don’t subject your teen to watching a show entirely about weight loss, either.

Yep, there it is. I said it (er, wrote it).  Turn off the TV. Instead, indulge your teen daughter’s hobbies. Cultivate her passions. Talk about, I dunno, boys, or homework, or music or art with her. Develop her in a way that she will see her value as a person as having nothing to do with her body shape.

Or, spend that time otherwise spent “bonding” on the couch with your daughter at the racquet-ball court. Yes, challenge her to a match. Or take her ice skating at the local rink. Or how about putting on your snow boots and snapping some some winter-wonderland photos at the park. Or spend a day on the slopes. Lead by example, how to live an active, engaged, purposeful healthy life.

Please do not pretend that you are too busy to do so. Here’s where making decisions, about your life, and the way you want to lead it, about how you choose to spend your time, comes into play. Ah, play. Isn’t that such a fun word?

I was recently working out at the gym at Mohegan Sun and it miffed me that when I entered, right by the entrance, was a scale. When I go to the gym, I do not want to see a scale. I want to feel good and give my body a little action.

Color me crazy, but I don’t own a scale. I am much more interested in making sure I eat healthy, for the most part (I’m a 90/10 gal), and getting my workouts in most days of the week. I know, in my heart and in my head, that if I am leading a healthy lifestyle, I don’t have to waste precious time worrying about numbers on scales. All else magically falls into place.

This is the case for me alone, it is the case for every single person living in America. Instead of focusing on this number. Let’s all agree to instead imagine what the picture of a healthy lifestyle looks like, and, step by step, make our way to getting there. Let getting there be the finish line.

Do you have fresh fruit stocked? Did you block off an hour to get to the gym? Are you making time for dinner or drinks with your closest girlfriends this week? Are you nurturing your romantic relationship? And hacking away at your passion projects? Are you trying to get as close as you can, through time management with an eye for balance, to leading, as Oprah endearingly calls Your Best Life?

Take the Be Interesting Challenge

I propose a new show, called The Wellness Factor. Or Perhaps the Biggest Balancer. Where we see how real-life people fold healthy actions into day-to-day real life, with all its obligations, responsibilities and challenges. Because real everyday life isn’t about weight loss. Most of us cannot and do not want to dedicate all day and all night to shedding pounds. We don’t have three hours a day to spend at the gym. It would be unhealthy not to mention snoozeville dull to do so.