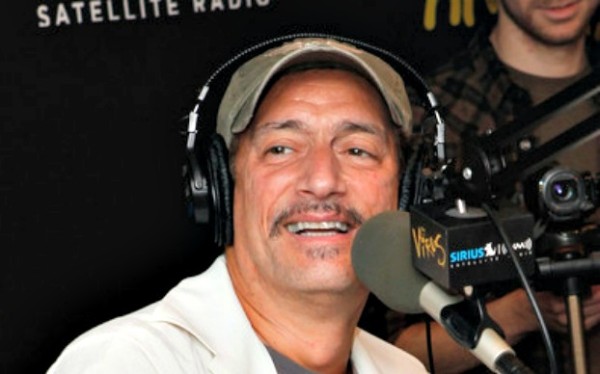 We are all racists to some point, but we are at a crossroads in modern-day society where social sensitivity has blurred the actual meaning of the word. Racism is now a blanket statement to describe almost anything done by someone who does not look like us that we don’t agree with. The latest example of this happened last week when Anthony Cumia of the “Opie and Anthony” radio show on Sirius XM was fired from his job at the same channel that bears his name for comments made on his personal time. Were the comments of hate directed toward a specific group of individuals that were not of the same race as Mr. Cumia? Unquestionably yes, but does that make him a racist? Not necessarily.

The alleged incident happened early Wednesday morning when Mr. Cumia claimed he was taking pictures of Times Square here in New York City and captured an image of a woman walking down the street. As anyone who uses social media knows, taking pictures of random people, whether it be by mistake or not, is not meant in any way to be a hateful act. Photography is a form of artistic expression, and thanks to today’s technology, many of us do it. Regardless of whether the woman in question was the focus of the image or not, what happened next was where the true act of intolerance took place and started the events that would end the career of an employee of an uncensored pay-to-listen radio program.

According to Mr. Cumia who took the event to Twitter after it occurred, the woman immediately made it known that she was not happy about her photo being captured, first by verbally assaulting Mr. Cumia, followed by a physical assault. At some point during the altercation, a group of men came to the woman’s aid, which helped in quickly escalating the event. Although the dreaded N-word was not actually mentioned in any of Anthony’s Twitter rants, he did unleash a series of racial slang, along with the woman’s image, leaving no doubt to the race of the alleged victim, which has become the fuel of this issue, and which led to the removal of Anthony from his 20-plus year on-air career.

The event is a familiar phenomenon where employers are digging into personal matters and passing professional-altering judgment, but is it fair? In essence, Sirius XM is paying for Mr. Cumia’s opinions on a daily basis, a profession that has made both parties a lot of money over the years, so why has this become a problem now? The simple answer is perception. Sirius does not want to be perceived as a racist-supporting company, and in an effort to solidify that idea, they themselves prejudged Anthony Cumia before hearing all of the facts.

In essence, Anthony Cumia did not attack an entire race; he attacked a small group of people who allegedly attacked him first. Yet, there is no shortage of people on standby just waiting to immediately take up a cause they were no part of and know little about. Calling someone a “cunt,” “pig,” “animal” or “savage” is not racist and shouldn’t be treated as such. However, what can be considered racist is skewing a half-told story to meet personal agendas based on the color of the original two parties’ skin. The fact that a person was called out for not acting civilized has nothing to do with their race.

My personal opinions are based not only on my support for the show, but also for my belief in free speech — for everyone. Through most of my school career, I was bullied because of my color on a daily basis, to the point where I was hospitalized on more occasions than I care to count.

Yes, America, reverse racism is a thing, but I did not blame an entire race of people for what a few did. I blame those who attacked me, not their parents, other members of their race or anyone else — just them. When I was in my senior year of college, I was robbed at knifepoint. The feeling of helplessness following and event like that is beyond description, and the ability to stay calm while being fueled by a mixture of adrenaline and fear, is almost impossible. I found the nearest police officer and said, “Some nigger just robbed me!” The cop told me to slow down and tell him what happened. I explained my story with as much detail as possible and was told by the officer that he would file a report, but the chances of catching this guy wasn’t likely. He than went on to say, “I hate niggers, too, but I wouldn’t recommend yelling that word out. It ignites cause for people just looking for a reason to start trouble out here.” Before I even continue with the lesson I learned that night, it is probably important to mention that the officer I am referring to was black.

We, along with the help of the media, have created an index of hate which has gotten so out of control that some words are not only (arguably) banned, but can now be seen as just cause to attack another person personally, professionally, physically and mentally. Our quest for political correctness has now had more negative impact than some of the actions it was created to protect against. We are all provocateurs sacrificing our beliefs to help expand the definition of what racism is in our country today. A comment that was directed to anyone who associated the words “savage,” “animal,” “pig” and “cunt” with a black woman when they heard the story are the ones who are racist. The color of the woman’s skin means nothing if she acted the way Mr. Cumia described. She could be considered all of those things, but that is for the people involved in the situation to decide.

For those of you who know Anthony Cumia from his radio career, you will agree that he is not a saint. Depending on his mood when hitting the air, no one is a soft target. His mouth has gotten him in trouble in the past, as it is all part of being a “shock jock.” It is his opinions that people pay to hear, and those people span all races. So is it justifiable to fire someone over words that didn’t even take place at his job, especially considering that Sirius has paid him to say worse in the past? No, it is not — it is just another case of how quick people are to disassociate themselves with any political incorrectness regardless of the back story which does tend to skew more in the direction of once minorities.

You heard the story about the black woman who was called a bunch of names, which was turned in to a racial argument leading to the end of a person’s career, but did you hear the one about the white man who was physically and verbally assaulted by a black woman who walked away consequence-free? Chances are, you haven’t and never will, at least in regard to this situation. Equality means on all plains, not just the ones that make a better headline — and until we learn the difference between actual racism and the exploitation of a situation, there will continue to be unease for everyone. 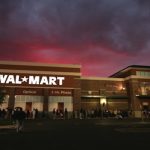