For years, prognosticators and prevaricators have been lamenting the fall of popular music and clamoring for a savior. I am here to tell you that it’s possible that one of the symptoms could also be the cure. Taylor Swift is certainly packaged to sell to the masses. Cute, perky and energetic, the teen and tween idol has been a predictable hit machine producing exactly the sort of angst-ridden pop that producers and promoters would sell their soul to represent.

Swift went from no-name newbie to international superstar in record time — playing for friends to filling stadiums within her first two years on the tour circuit. Now in her mid-20s, Swift is a known quantity and a massively marketable brand. Right about now is exactly when pop-industry critics expect pop princesses to implode. Cynical industry haters predict that any day now, Swift will be strung out, swallowed up by fame and flaming out on TMZ.

But, here’s the kicker of truth be told:

Swift is — and always has been — the real deal. Her latest single, “Shake It Off,” debuted at No. 1 on the Billboard Hot 100 in August, and her fifth album, “1989,” which was released yesterday, will most likely do just as well. Sure, her songs appeal primarily to an over-saturated and over-exploited demographic. However, unlike the professionally packaged faux performers, Swift is also an accomplished songwriter and legitimately wholesome person. She’s a young woman completely in touch with the whirlwind, who also seems comfortable calmly watching the world spin around her while she goes about the business of being whom she always has been: A talented girl with a guitar and a one-in-a-million talent.

She is simultaneously the dream brand of the marketing machine and the real musician and voice of a generation that indie fans love to support. This dynamic is key to success in today’s music landscape, and some are predicting that these qualities are required to saving the music industry altogether.

Pointedly, it’s no secret that the music industry as we know it today is in a death spiral. Most acts are selling far fewer albums than top acts have in the past. For every U2, there are 100 top brands whose album sales are stagnant and uninspiring. Though industry insiders had their heads in the sand for a decade, there is no doubt that YouTube, Pandora and iTunes have forever altered how fans today consume music. The thin veneer of cool and catchy might grab attention, however, it no longer enjoys the advantage of being the only brand in the room. Consumers have come full circle, choosing music based primarily on how it sounds to them, not because a video or marketing company told them to buy it.

To be sure, there are still established fanbases out there who will buy any album an artist releases, although those acts are few and far between. For instance, Garth Brooks continues to refuse to bow to iTunes despite the fact that even The Beatles have capitulated.

These big names are near the top of the music pantheon. For everyone else, the path set by Swift should be a model to follow. If you want to sell an album, you had better make every song worth clicking the online buy button.

Ronn Torossian is an entrepreneur and author — who has never worked with Taylor Swift, although his firms clients have included Pitbull, Snoop Dogg and others. 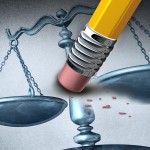 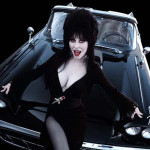