The news arm of the British Broadcasting Corporation (BBC) will begin maintaining a list of its articles that have disappeared from Google under a controversial law granting European citizens the “right to be forgotten” by search engines.

Earlier this year, a European court found Google and other search engines must remove links to news articles and other websites that contain identifiable information about subjects upon request if the information was “outdated” or “irrelevant.” The ruling stemmed from a case brought by a Spaniard who sought the deletion of links related to a 1998 auction notice on his repossessed home, which he claimed violated his privacy.

In May, Google said it was disappointed in the ruling but acknowledged it would comply with the law. The website launched an online form where thousands of Europeans filed “right to be forgotten” requests within a month.

At a conference last week, BBC executive David Jordan accused Google of being less than transparent with respect to nearly four dozen news articles that had been removed from the website’s search engine results under the law. According to Jordan, a handful of news articles on legitimate topics — including one on convicted members of the Irish Republican Army (IRA) — did not meet the criteria for deletion under the law.

“This report (on the convicted IRA members) could not be traced when looking for any of the defendants’ names,” Jordan said. “It seems to us to be difficult to justify this in the public’s interest.”

Also erased was a link to a blog post by an economics editor. According to the BBC, the rationale behind the deletion seems to stem from a comment left on the blog entry, and not the content of the entry itself. A European Commission spokesperson said Google did not exercise good judgment in deleting the link.

Free speech advocates warned that Google and other companies would have a difficult time assessing which content fell under the “right to be forgotten” law and which content was in the public’s right to know. In May, Google organized a panel of privacy experts to craft the search engine’s policy with respect to European privacy laws, including the “right to be forgotten” ruling.

On this topic, the BBC is not waiting for Google to figure out right from wrong. Instead, the news organization announced last week it would create a rolling list of news articles whose links have been removed from the web giant’s search engine results. The list is expected to go live within the coming weeks.

Compounding the frustrations of editors is the lack of appeals process by which news organizations can challenge a user’s “right to be forgotten” submission. Currently, the law does not provide for tech companies to create a dispute resolution process, and Google has made no such attempt to start one on its own. Some editors said they’d like to see Google reach out to news organizations “on a case-by-case basis” rather than deciding for themselves which links should be erased from search results.

“My recommendation would be: engage, engage with us about the removal of individual links,” Guardian editor Chris Moran said. “I’ve moved to a position that each case needs to be evaluated on case-by-case basis.”

Google says it has turned down nearly 60 percent of the 144,000 deletion requests it has received since May. 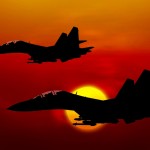 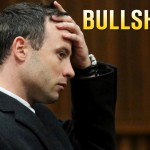