Saif al-Mansuri is 27 years old and a newly minted millionaire. That’s hardly remarkable, I hear you say, there are lots of Silicon Valley or Wall Street whiz kids who’ve made their pile before age 30. But Saif isn’t one of those. Instead, he is an amateur poet who just won “Million’s Poet,” a TV program in the United Arab Emirates that does for Arabic poetry what “So You Think You Can Dance” has done for American dance.

The comparison with “American Idol,” “SYTYCD” and “America’s Got Talent” is a fair one. The contest is in its sixth year, and this season’s competition aired from February through May. There is a very glitzy stage on which the poets perform, and as many as 70 million people tuned in to watch.

But that’s where my imagination seizes up. I just have a hard time picturing that many people tuning into a poetry contest. I can’t really imagine a network even broadcasting one. And the prize money? The actual check is for 5 million UAE Dirhams, which is $1.3 million USD. I’ve done some checking, and the Nobel Prize for Literature works out to be $1.2 million USD (not that I’m in any danger of winning either one).

But there it was, 70 million people watching men (no women this year) in “traditional dress take turns to deliver self-penned verses of a type of colloquial Arabic poetry called Nabati.” I had to look up Nabati. I mean, I know sonnets and limericks and even haiku, but I know nothing of Arabic poetic forms. Fortunately, His Highness Sheikh Mohammed bin Rashid al Maktoum (the Prime Minister and Vice President of the United Arab Emirates and constitutional monarch of Dubai) kindly defines it on his website.

“Nabati poetry has been a feature of life in the Arabian Peninsula since the 16th century. In certain eras, this poetry was the only record of historical events. Historians only know of these events because the Nabati poems have been passed down through generations. Nabati poetry shows the natural creativity of the Gulf’s inhabitants and represents their roots in this land. It is their everyday dialect. A strong dialect, slightly removed from classical Arabic.”

He added main characteristic in “Nabati poetry is its spontaneity. Its composition is usually direct and unfaltering … Nabati poets sought to create a simple style, combining artistic flair with clear, direct expression.”

In the English-speaking world, we don’t do poetry seriously anymore. Name me a single English-language poet, and the odds are you just named a dead person (and sadly, that now includes Maya Angelou).

I think our culture’s focus on money has caused much of this. You don’t go to college to study poetry — what are you going to do with that? And on Monster.com or any of those, there are no positions for “staff poet.” The image of the starving poet is a cliché. There is something inherently impractical about poetry, and as a nation of practical people, we look askance at poetry.

Don Share, Chicago-based editor of Poetry magazine and a poet himself, has said, “Money is felt to be contaminating and to be antithetical to the values that we expect from poetry and literature and art.”  If this is true, Saif’s career as a poet is over.

And yet, that isn’t entirely correct. We do have rap, and in the case of someone like Jaz-Z or Eminem, I will argue to my dying breath that they are every bit as good as poets as Byron, Yeats, Whitman and Coleridge were. We just don’t call them poets. And last I looked, Jay-Z wasn’t playing for change in the subway.

There’s hope for us yet. 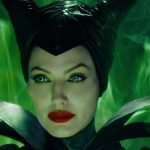 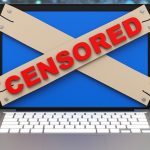