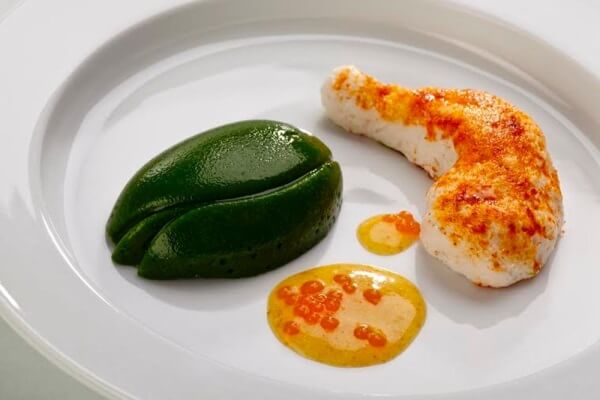 The best 3D food printer is

The best 3D food printer is: If you’re as big a “Star Trek” geek as I am, you know that one of the better ideas from the franchise was the food replicator. No more having to dash out to buy Marsala wine for the zabaglione, or having to leave the carrots out of the chicken and dumplings because you don’t have any. The food replicator in “Next Generation” (or food synthesizer in the original series — yeah, I am that much of a geek that I know the difference) simply rearranged subatomic particles to produce what you wanted.

In the 21st century, we are getting closer. A Spanish company has started a Kickstarter campaign to produce a 3D printer for food — “The first 3D food printer kitchen appliance creating fresh savory and sweet dishes. Foodini — changing the way the world prepares food.” OK, I agree that Foodini is a dumb name, but let’s focus on what it allegedly can do.

You put your own ingredients in the empty food capsules, and you pick out what you want. You hit the “start” button. It does the rest. So far, it can make ravioli, pizza, quiches, cookies and brownies. And they are putting a 3D scanner on it. Scan an object, then save the resulting digital shape and print it, so your cookies will look, well, cookie-cutter identical. Or you can scan an object and print on top of it.

Now, when I first read this, I had to check the date on it to make sure it was not an April Fool’s prank. And it isn’t. 3D-printed food is something that is going to happen.

In fact, NASA has already awarded funds to another company to produce a food replicator. David Dickinson at Universe Today reported last May that NASA had shelled out a “$125,000 six-month grant to the Systems & Materials Research Cooperation to design a 3D printer capable of printing a pizza from 30-year shelf stable foodstuffs.” I guess Papa John’s doesn’t deliver to the International Space Station.

For those of you who don’t spend a lot of time reading technology press stuff, a 3D printer is just what it sounds like. It “prints” things in three dimensions. Sculpts might be a better verb, but the idea is that you have a machine that, guided by a computer program, can produce objects to desired specifications. Staples now offers 3D printing services at two of its stores, one in LA and the other in New York. A company called Shapeways has been at it since 2010.

What can you make with a 3D printer? A better question is, what can’t you make? If you have an object, you scan it, and the scanner creates a program that tells the printer how to make one that looks like it. iPhone cases, chess pieces, toys, tools, you name it. There are even guns that have been 3D printed, and they work.

What Foodini does is quite similar, but it uses food rather than plastics to produce the goods.

There will, of course, be people who are horrified by the idea that you would make a meal this way. These are the same people who were resistant to microwave ovens and food processors a couple of decades ago.

I do almost all the cooking at my house, and despite my love of the idea, I probably won’t get one. However, that is because I rather like playing with knives and fire, and if you do that outside the kitchen, the authorities take an unpleasantly keen interest in you.

The Foodini, or whatever version of the device eventually wins out, will simply be another tool for the cook to use. Kids need a PB and J, or you have to make cupcakes for the fundraiser? Print them. Making Thanksgiving dinner for 20? It might help with those side dishes at least. Barbecue ribs, trout almondine or chicken Kyiv (Kiev if you’re pro-Putin), well, those may have to wait until the 22nd century. That’s when “Star Trek: Enterprise” showed us the protein sequencer and bio matter resequencer (it recycled waste into food — don’t even think about it.)