Gluten is the dietary demon of the modern age. No doubt about it. It used to be fat, and then it was sugar, but now — as everyone knows — gluten is the fiendish monster hiding in our food, waiting to kill us.

Chances are you know quite a few people (maybe including yourself) who practice a gluten-free diet and who have banned this wheat protein from their life entirely. Even if you’re not gluten intolerant for serious medical concerns, take heart because now you, too, can join the masses and take a noble stand against the evils of gluten by becoming gluten intolerant. After all, as pointed out in the video below, “gluten is the new animal you don’t have to eat.”

Now that you’ve seen this parody “how-to guide” about how to make yourself “gluten intolerant” in the most annoying way possible, you can — according to “guru” (I’m using a hell of as lot of “ironic” double quotation marks here) JP Sears — become a part of this growing and very profitable trend.

Of course, people suffering from celiac disease really do need to abide by a gluten-free diet and steer clear of foods with barley, rye and wheat in order to keep the havoc gluten causes in their small intestines down to a minimum. Celiac disease is no joke. That being said, the gluten-free lifestyle does seem to be quite the diet du jour — as pointed out by Jimmy Kimmel in his illuminating “Pedestrian Question” clip concerning this vile wheat component.

Non-celiac gluten sensitivity has been popping up all over the radar these past few years, with millions apparently suffering from the condition. Some people think it might be a not-simple dietary fad, while others point to research that suggests that not just gluten, but a variety of factors, including FODMAPs (Fermentable Oligosaccharides, Disaccharides, Monosaccharides and Polyols), could be the real culprits here. FODMAPs (not “maps to food”) are carbohydrates that are difficult for the small intestines to digest, promoting some people, who present with non-celiac gluten-like sensitivity, to switch to a low FODMAP diet.

Research into FODMAPs (linked to irritable bowel syndrome) and non-celiac gluten sensitivity is ongoing, with a lot of variables to sift through, ranging from medical, to dietary, to cultural. Now all you have to decide is how much you love or hate gluten, how severe your adverse dietary symptoms are and if you’re ready to navigate the gluten-free lifestyle (a multibillion dollar business, by the way) for the rest of your life. 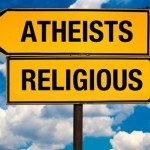 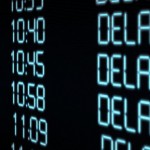