At a renovated Chicago Taco Bell, customers will soon be able to “Live Mas” while also getting sloshed.

Anyone who’s ever eaten at the chain that brilliantly combined the quesadilla and burrito into one mashed up-word and cylindrical beef-and-cheese delivery system knows that some food just tastes better while inebriated. And now the ultimate tipsy snacks will be available with beers on the side. So when last call happens, even if you don’t want to go home, you can still drink there.

What, you wouldn’t order the XXL Grilled Stuft Burrito or new Steak Doubledilla if not intoxicated? Sorry, probably not. Why? Because it just doesn’t taste as good in the daylight or when sober.

Taco Bell’s new offering is part of a larger marketing method meant to appeal to Millennials, who company executives believe are turned off by big, identical chain stores. The imitation-Mexican chain, which is owned by Yum Brands, said it would serve beer, wine and frozen alcoholic drinks at the store. Thank goodness that the stoners, drinkers and others with substance-assisted cravings won’t have to pound their beers anymore or hurry up and finish that joint before walking into the neon-lighted location before staring blankly at the menu board to make their selections.

The new interior design of the restaurant, which is in the Wicker Park section of Chicago, will feature a row of lime-green stools that face an open kitchen and are framed by an exposed brick wall to shed Taco Bell’s fast-food image. The chain already sells alcohol at locations in Japan, South Korea and Spain, and this Windy City location will be the chain’s first in the U.S. to sell alcohol. A spokesperson said there are no plans to begin selling alcohol at other stores.

The company is not only remaking its image as part of the campaign, though. Taco Bell also recently removed all artificial flavors and colors from its menu items, although co-branded products like the Doritos Loco Tacos would remain nuclear orange and bright red.

The new design is currently being tested in urban markets in South Korea, Japan and the United Kingdom. As shown by its burgeoning Millennial population of young people with college degrees, the Wicker Park neighborhood where the store is located has become popular with what might be called “hipsters.” In 2014, a review website ranked the neighborhood as the fourth best in the country for young people who are interested in living a curated lifestyle. 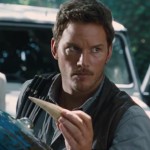 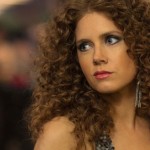