It was a monumental year in health news, as the Affordable Care Act, also known as Obamacare, and the relentless fight against it, made headline after headline. Also in the news were celebs dealing with unpleasant health issues, bringing to life how important wellness is to all of us and how painful it is when illness strikes — no matter who you are — and how many blockbusters you’ve been in. Lastly, there were massive attempts made to clean up our Western diet, from Bloomberg’s attempted soda takedown to Kraft’s removal of food dyes from its kid-luring mac ‘n’ cheese to, finally, FDA’s all-out banning of trans fats.

It is by far the biggest health story of the year. The law, aiming to provide millions of uninsured Americans with much-needed health insurance, became a siphoning issue for many Americans. First the question was whether or not one agreed with the new law, but then the plot thickened when the rollout of the healthcare.gov exchange site ended up being a colossal screwup forcing us to examine how the “good enough” government hires high-tech contractors and whether senior-level managers have the right and recent enough skill set to be able to do so. Still, despite the lick-slapping insults slung and the tsk-tsking conservatives, Americans rallied at the end of the year, on the final days of enrollment and on the extended deadline of Dec. 24, Christmas Eve, to search the sites and register for health insurance. All they really wanted for Christmas was decent coverage at a reasonable price.

In November, the FDA announced that it would, at last, be giving trans fats the final shove out of the grocery store as a final step to paring back on the heart-clogging fats that increase bad LDL cholesterol and increase heart disease risk. The FDA did not set a final deadline for the phasing out, but collected comments for two months to discover a reasonable timeline for the completion of the banning.

In a world rife with daily technology innovations that are enhancing our quality of life, there was a throwback to ancient, darker times with an outbreak of the crippling disease known as polio struck with a vengeance in Syria. As of early December, 17 cases of polio were confirmed across four cities in Syria. The World Health Organization declared a polio emergency and the Syrian government agreed to vaccinate all children younger than 5 years old. Mass vaccination is the only way to contain an outbreak of the highly contagious viral-infection disease, which spreads person to person and can lead to paralysis, breathing problems and death.

A for attempt, as New York’s Mayor Bloomberg in his final year of office tried to ban sugary drinks larger than 16 ounces. He’s the mayor of a metropolis of 8.4 million people. In late July the well-meaning plan fizzled as New York State’s Appelate Division upheld a lower court’s decision to dismiss the ban. While Bloomberg was immensely successful in removing smoking from bars, restaurants, even parks in New York, his attempt to regulate citizens’ sugar intake will not go down as a triumph in his legacy. Despite the lack of FDA, FTC and the USDA to slap our chubby, diabetes-ridden hands from the cookie jars, at the end of the day, a mayor is just a mayor.

In a disturbing reminder that no one, no matter how many blockbusters they’d headlined, is exempt from cancer’s vicious attacks, 38-year-old Angelina Jolie went public in May with her noble and heartening decision to undergo a double mastectomy. The actress, who is reportedly immensely private, chose to have the preventive surgery to remove her breasts after she was informed by doctors that she carried the BRCA gene mutation. Jolie’s mother died from ovarian cancer at 56 years old in 2007.

In another throwback to a more limited and constrictive time, we saw a decline in women’s hard-won reproductive rights. In a disappointing diminishing of rights, a whopping 13 states recently passed restrictions that tightened the time period in which a woman could receive an abortion. While some judges did later block some of these laws, other regulations led to the closing of one-third of Texas abortion clinics, leaving a state of some 26 million people with 20 abortion clinics.

7. Naked Juice Coughs Up $9 Million, Strips “All Natural” From Label

One small step for food consumers, and we’ll take it. In a $9 million settlement reached in July, Naked Juice’s parent company, PepsiCo, agreed to refund consumers who bought certain Naked Juice products and decided to remove the words “All Natural” from the juice’s packaging.

Once touted as the cure-all pills that could ensure our vitality and health, recent news and studies have quashed multivitamins’ and supplements’ reputations. With the release of three new studies, published in the Annals of Internal Medicine, it was concluded that popping a daily multivitamin will not enhance the average American’s health. What’s more, experts are encouraging Americans to stop buying and using the broken-promise pills, aiming an arrow smack-dab at the heart of a multibillion-dollar industry. On top of that, the New York Times ran a story on herbal supplements, revealing that Americans spend some $5 billion a year on them, and reported on a study that found herbal supplements (which are not regulated by the FDA) often do not contain the healing properties they claim to, or contain them in diluted formulations, but in their stead contain cheap fillers such as rice, soybeans and wheat.

9. Does Oral Sex Cause Throat Cancer?

It was the question Michael Douglas left all of us wondering when he announced that his stage-four throat cancer diagnosis was related to cunnilingus performed on his wife, setting aflame widespread panic as to whether oral sex with a partner with HPV could result in mouth cancer. Turns out, though, the celeb had tongue cancer. After his comment in a Guardian interview, his rep came out and tried to, uh, explain the reference. Said Douglas, “Just so we all understand, I think we would all love to know where our cancer comes from. I simply to a reporter tried to give a PSA announcement about HPV and a virus that can cause oral cancers, and is one of the few areas of cancers that can be controlled, and there are vaccinations that kids can get.”

Packaged-food giant Kraft announced its plan to remove artificial dyes from three of its mac ‘n’ cheese varieties in late October. After a massive change.org petition, which collected 348,000 signatures, the Big Food company will remove the dyes from its cheesy pasta kits. Make way for Annie’s Homegrown mac ‘n’ cheese. 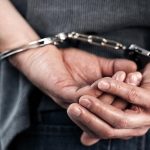 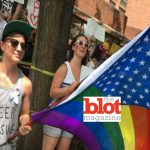