2013 may not have been a defining year in the history of business, but great change is usually quite gradual and this year certainly played a part. The World Wide Web continued to evolve and with it every aspect of our lives from entertainment to currency. In the “real world,” some people became more fed up with the ever-expanding disparity between the rich and poor while others continued to fiercely defend it, but action was less than drastic (except in Vietnam). Also, many were shocked to find out that Big Brother is very real and that companies like Google and Facebook are actually information factories. 2013: it was a … well … it was a year.

1. The Fight For a Living Wage

In August and December, fast-food workers walked out on their jobs across the nation demanding higher wages. Walmart, which has been the rallying point for advocates of livable wages, also saw protests throughout the year, including on Black Friday. Nothing has been accomplished yet, seeing as these workers’ only other option is no pay at all and the corporations know this, but the fact that these protests are becoming more and more common may be a sign of things to come.

Our national economy is still gaining traction after the 2008 financial crisis caused by a relatively small number of too-big-to-fail sociopaths in designer suits. It’s gotten so bad that the government is actually toying around with the idea of doing something about it (what a novel idea). Sen. Elizabeth Warren (D-MA) held a series of hearings admonishing the bankers and [de]regulatory agencies that allowed them to stick it up the taxpayer’s tailpipe. It is possible a bill will be passed separating public banking from the risky investing that caused the problem in the first place. But don’t worry, they’ll always find a way to screw us.

The Vietnamese government took a different approach. They recently sentenced a banker and his business associate to death for stealing $25 million. I’d say the board room at Wells Fargo alone has stolen enough to warrant the snuffing-out of a thousand Vietnamese bankers.

Blockbuster video finally let out one last agonizing death rattle before shutting the doors of its few remaining locations. The public’s reaction was “Whoa, they still exist?” This signifies a changing of the guard in entertainment. Streaming is no longer the future; it is the here and now. Netflix continues to dominate the market while other services like Amazon Prime, Hulu Plus, and cable providers’ on-demand options continue to gain a market share. Most likely, existing streaming services will continue to expand while other niche services will be introduced.

4. Your Info Is a Commodity

In case you didn’t already know that Google, Facebook, Yahoo!, Microsoft and other companies aren’t just innocently twiddling their thumbs on a mound of your data, Edward Snowden clued you in. In addition to selling your data to advertisers, since 2007 these companies have been required by law to hand it over to the NSA’s PRISM data collection program. And this wasn’t even enough for the world’s most effective Peeping Toms. Apparently the NSA still hacked into servers to get more data. They are also collecting phone records with the complicity of all the large telecom companies like Verizon and AT&T. So even though it was already painfully obvious, you have absolutely no privacy and businesses actually profit from this betrayal of trust.

Even with the extensive coverage of the mayhem, sales on the busiest shopping day of the year were down in 2013. Surely it wasn’t the shame of being a disgrace to all of mankind that deterred shoppers from coming out for the annual white trash fest (everyone is white trash on Black Friday). It is due to the increase in online retail purchasing. Much like Blockbuster’s demise due to online video, the same seems to be true, albeit to a lesser extent, regarding many brick-and-mortar stores.

6. Crowdfunding: You Pay For It Instead

Though crowdfunding is a mere drop in the bucket in the world of business financing, it is yet another example of the way our ever-expanding online capabilities are changing the way the world works. In theory, it’s an antidote for that ancient subject of small talk that goes: “They should make a (x) that does (y).” Now consumers can get together and fund something they want instead of waiting for the powers that be to decide. So far, the most successful campaigns have been novel projects like video games (the concept game “Star Citizen” has had the most successful campaign to date, raising over $34.5 million), innovative high-tech products, and of course the two infamous films “Veronica Mars” and Zach Braff’s whatever-it’s-called (“Wish I Was Here,” if you must know). But this might be more of a fad than an emerging trend because contributing funds doesn’t even guarantee that the project will finish and you could be left with nothing, which has happened numerous times. Millionaire celebrities following Braff’s lead and asking their fans for money aren’t helping anything either.

A new phase of the Affordable Care Act (ACA), aka Obamacare, which has been met with strong opposition from insurance companies … oops … I mean conservatives — not their corporate overlords in the insurance game — went into effect this year. Once again, the change was not monumental, but with the introduction of the ACA insurance market and its accompanying website, millions were offered a chance at affordable health care for the first time in their lives. This may signify a shift in the way American insurance companies and healthcare providers will operate. Considering there are nearly 50 million Americans without health insurance, let’s hope so. But, like the bankers, they don’t plan to stop profiting from suffering anytime soon.

8. We Want More Ways to Tell the Internet How Interesting We Are

Social media continues to expand at an astronomical rate. Registered users on pretty much every service except MySpace grew in 2013, especially Google+ (a statistic I would put an asterisk next to since they get most of their users by strong-arming people through Gmail and YouTube) and Twitter. This has changed the way businesses market to their customers, forcing them to keep up with technology. The business of social media itself is of course expanding as well.

Niche social media platforms and apps like Pinterest, Instagram and Twitter’s Vine app cemented their place on the net, even taking some users away from Facebook. It seems that social media users prefer platforms that specialize in one thing and make it as user-friendly as possible (Twitter for social updates, Instagram and Vine for pictures and video, LinkedIn for professional networking, etc.). This seems to be a growing trend that Facebook is probably shaking their head at since they also provide all those services. And don’t get YouTube started on Vine (“Six seconds? Are you kidding me?”)

9. Nerd Currency Tries to Break Into the Mainstream

The online “crypto-currency” Bitcoin, which has been on the market since 2010 and in the works since at least the late ’90s, was introduced to a majority of the public this year. Many people first heard of Bitcoin through the publicity of the anonymous contraband market Silk Road, which was busted, shut down and rebooted this year. Anonymity and the chance to be a pioneer in a new currency market have given Bitcoin a boost. But what is most exciting about the online currency is that it is an alternative to traditional currency markets. It is a way to tell the powers that be that we can come up with alternatives to the system they control with a vice-like grip. But relatively few people or businesses will accept Bitcoin, and many are skeptical of it so it has a long way to go before it can pose even a minor threat. But the seed has been planted and Bitcoin-esque currency may be the wave of the future.

10. The Trans-Pacific Partnership: Corporations Aren’t Even Being Subtle Anymore

This is the business headline that should have been for 2013. Since 2010, several countries of the Pacific Rim (now 14 including the U.S., Canada, Mexico, Japan, Australia and South Korea) have been negotiating behind closed doors to pass the Trans-Pacific Partnership, including a few rounds of negotiations this year. This is a free trade agreement that will give corporations carte blanche and essentially make them more powerful than governments. Internet freedom, access to medicine, food safety standards and the last semblance of control the public has over corporations is in jeopardy. And all this is being done in secret between representatives of hundreds of corporations and the 14 governments. The guys from Zippo are allowed in on the conversation, but you and I are not. 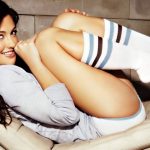 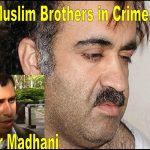