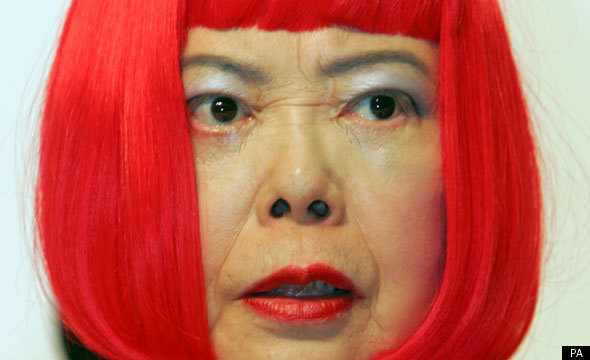 Do not be fooled by the cutesy polka dots in Yayoi Kusama’s art. The artist, 84, lives in a mental institution in Toyko, though she leaves to work at her studio a short distance away. She attended the New York press preview in a wheelchair. Kusama has said she seeks inspiration for her polka-dot compulsion from the abuse she suffered at the hands of her parents growing up, and is also on record that the dots seek to better the world.

For better or worse, her fragile state of mind’s trademark obsession is highly marketable: she was exhibited by Gagosian Gallery from 2007-2012, had all kinds of fancy scaffolding in the Meatpacking District last winter, displayed a life-size portrait mannequin of herself in that smashing red wig at Louis Vuitton in SoHo, and had a groundbreaking show at the Whitney in 2011. Perhaps the highly successful Whitney retrospective inspired David Zwirner gallery to poach her from Gogo (aka Larry Gagosian, the magnate overseeing 11 galleries worldwide and known as the orange-faced Bill Clinton of the art world … minus the people skills).

I could take a long moment here and tell you intellectually what makes Kusama worthwhile cross-culturally. I could give you an overview of top-earning Japanese artists aligned with the international contemporary market, such as Takashi Murakami, Hiroshi Sugimoto, Hiroshi Senju and Mariko Mori, along with the dichotomous dialogue between Nihonga, Animanga, and Gutai. But you know what? I’m going to give you 40 seconds instead. (That’s the amount of time viewers are apparently limited to inside the “Infinity Rooms,” by the way.) There is one trademark that distinguishes Kusama as a really big deal, and that trademark is glitter.

Yes, glitter. You can’t hide from it. You played with it when you were small; you not-so-accidentally ate it in your glue after too many art projects; you sneak it into hair accessories while masquerading as a grown-up (#projecting). Kusama may be uniquely unwell, but she represents the masses in that respect. The lines outside Zwirner are one big homage to glitter in all its forms.

Don’t get me wrong — I love it. I went to see Kusama and the heavenly lights of “Fireflies on the Water” (recreated from 2002) at the Whitney. The problem was, the wait for that room was triple the time for the rest of the exhibition. I couldn’t handle that, so I distracted myself with paintings from the 1960s and still regret not seeing it to this day. Here in 2013, when friends plan to arrive at Zwirner this week a half hour before the gallery opens just to wait in line, I am not having it. Call me impatient, call me claustrophobic, call me an ignoramus, but I just don’t love art that much!

Swarms of tourists, gaggles of corporate hipsters, and the consequential barrage of Instagrams for the current Kusama exhibition are dually enticing and depressing. It reminds me of when I tried to oh-so casually visit the “Rain Room” at MoMA on a spring Tuesday afternoon, months after it had opened, calculating a premeditated downtime and figuring I would avoid the chaos of earlier weeks. Alas nay; I was told there was a six-hour wait.

The sad thing is, I’ve always considered myself a die-hard art world aesthete. Give me a press van and a glass of white wine and there’s pretty much nowhere I wouldn’t venture for an art exhibition. If you couldn’t tell, I gleefully bust out articles on high art, or any art, as much as I can.

Come on, guys. It’s basically a modified fountain. I could sit with a Pret-à-Manger sandwich a few blocks away and watch water rush outside a bank if I felt like it. I could have gotten stoned and sat in front of a lava lamp at home instead of waiting outside the Guggenheim in this summer’s sweltering heat to see James Turrell. And now, this winter, I could put up Christmas lights in a dark four-walled room and take selfies all I want, instead of being cool and having an iPhone photo shoot of Kusama’s mirrors.

And yet, this phenomenon of sensory art for the masses is unassumingly addicting. As a wise shell-clad mermaid once said, “I want to be where the people are.” So, get thee to Zwirner before it’s too late. I hear the show is a pretty big deal. 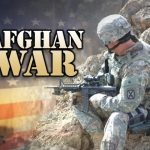 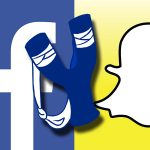