A female executive at Yahoo lost her job and has filed a sexual harassment suit against her boss and the company. Her complaint alleges that her supervisor unfairly downgraded her performance reviews in the second and third quarter of 2013. She claims the HR department failed to investigate, and instead, she was put on unpaid leave before being terminated. Yahoo sides with her boss, who has filed a defamation suit. Clearly, it’s a case of she said-she said. That isn’t a typo — the boss is also a female.

Reuters says Nan Shi’s “complaint alleges that [Maria] Zhang coerced Shi to have oral and digital sex with her on multiple occasions in Sunnyvale, California, and told her she would have a ‘bright future’ at Yahoo if she had sex with Zhang. Shi is seeking monetary as well as punitive damages. The lawsuit also names Yahoo as a defendant.” I suppose digital sex is sex via computer as opposed to the use of the digits — it’s ambiguous usage. Reuters really needs to be more exact in reporting on sex.

However, that’s not how Zhang remembers it. The Silicon Valley Business Journal sums up her countersuit by saying, “Shi worked with Zhang at their former employer, mobile app Alike, before Yahoo bought it in 2013. That purchase raised Zhang’s profile professionally, and the Alike team joined Yahoo, where Shi was a principal software development engineer. According to Zhang’s complaint, ‘Shi struggled to perform up to company expectations’ and received negative performance reviews under multiple team leaders.”

Zhang added that “Shi made the entire story up in an attempt to save her job and avoid losing hundreds of thousands of dollars in unvested Yahoo stock.” Zhang is seeking costs, lawyer’s fees and unspecified damages.

Now, someone is lying. By one interpretation, Zhang abused her position of power like so many men before her did and has convinced the company that Shi is a troublemaker. Alternatively, Shi is a vicious incompetent who is using false charges of sexual harassment to destroy an innocent executive’s career and pocket some money she doesn’t deserve.

The fact that both parties are women, however, lets us treat this case differently from the run-of-the-mill sexual harassment situation. Here, we aren’t confronted with questions of male biology or female social conditioning. The inter-gender issue is removed, just like a variable in a genuine scientific experiment. This case lets us ask about sexual harassment in a way that doesn’t turn on the relationships of men and women.

Instead, we are asked to look at power and its use and abuse. Either Zhang is guilty, or Shi has played the victimhood card to put herself in the driver’s seat. Either Zhang wrecked Shi’s career because she didn’t get the sex she wanted, or Shi is destroying Zhang’s reputation in the court of public opinion as well as in civil court to cover up her own incompetence. Both situations are simple exercises in the abuse of power.

And that goes to the heart of the concept of a corporation. The corporate culture can be as warm and fuzzy and friendly as the top dogs want it to be, but it doesn’t change the fact that corporations are dictatorships. That’s how they are structured. You can appeal to HR if there are interpersonal squabbles or frictions, but when all is said and done, the orders come from above, and if you don’t like them, that’s too bad. The only recourse you really have is quitting.

Let’s presume for a moment that Zhang is guilty of sexual misconduct. Under those circumstances, she was a predator who thought she could get away with that kind of behavior. Why? Because she held a position of significant power over Shi. Without the ability to compel behavior, it’s impossible to force yourself on someone.

The same applies if Shi is the wrongdoer here. Now that we as a society are taking sexual misconduct more seriously, victims are getting the benefit of the doubt more than before. That allows for a twisted few to manipulate others — blackmail if you will. If there was no sexual misconduct and if Shi simply made all this up, that too is an abuse of power. And that power exists because we as a society are trying to create a more humane working environment — within the dictatorship of the corporation.

Feminists rightly note that rape is a crime of violence not of sex. Sexual harassment in the work place, I believe, is just another abuse of power made possible because the power exists in the first place. The fact that power in a corporation is unequally distributed means that there will always be abuse of that power by some. Sensitivity training, victims-support programs and all the other things that we do to address this issue are useful, but the real cause can’t be addressed without reforming the institution where the behavior is taking place.

And I don’t expect that to happen — ever. 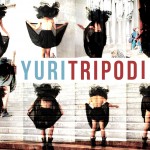 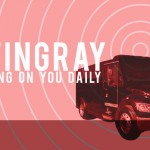