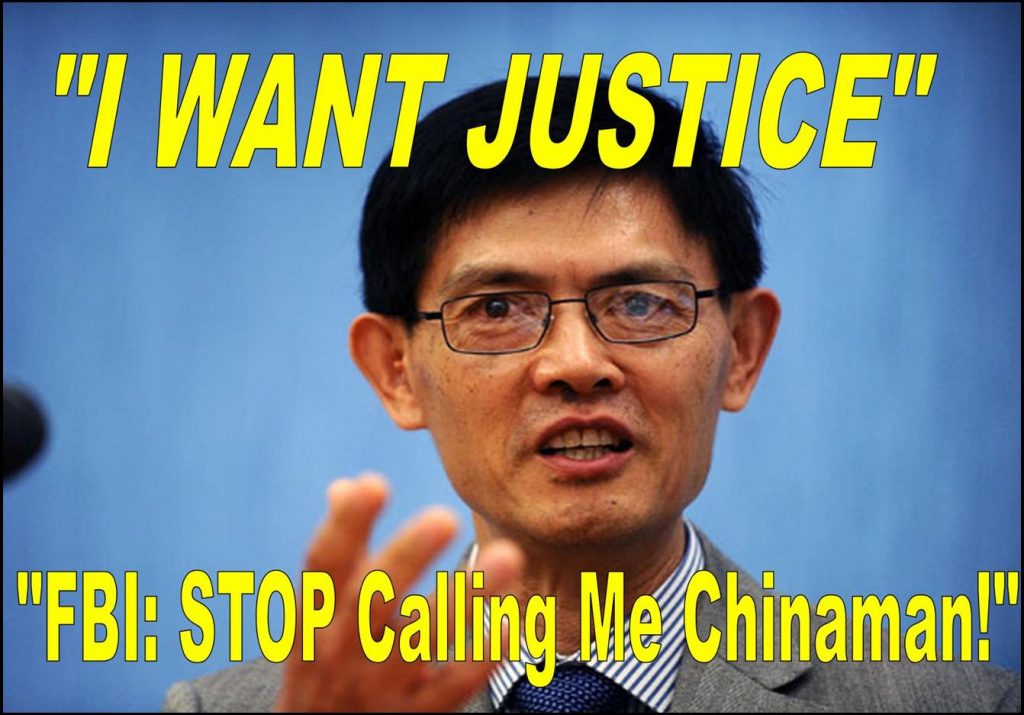 Xiaoxing Xi: I sued the rogue FBI agents to get my name back

JOYCE XI, a Yale graduate and professor Xi’s daughter has been assisting Professor Xi with his belated lawsuit against rogue FBI agents.

According to the lawsuit against the FBI and rogue FBI agent Andrew Haugen, the Federal Bureau of Investigation (FBI) investigated the Chinese-born scientist as a spy for China. Agents stormed his house in the Philadelphia suburbs and arrested him in the early hours of May 21, 2015. His wife and two daughters were held at gunpoint as a handcuffed Xi was led away. Professor Xiaoxing Xi was stripped searched and his photos were plastered all over the world as a Chinese spy. 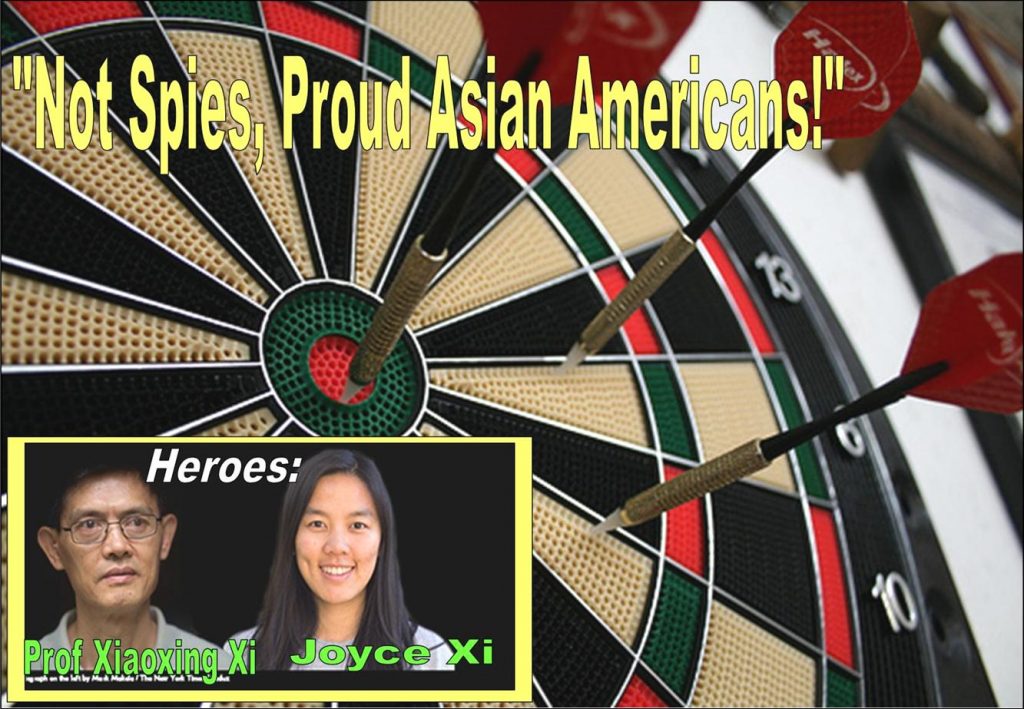 The professor faced four charges of wire fraud that accused him of attempting to help Chinese researchers become “world leaders of the superconductivity field,” by sharing blueprints of a pocket heater with them through email communication.

However, the case collapsed months later after leading physicists testified that the blueprints were not for a pocket heater, but a device invented by Xi.

“It was obvious to anyone who looked carefully that Professor Xi had not sent any information about the technology that he was charged with unlawfully sharing,” Jonathan Feinberg, one of Xi’s lawyers, told NBC News. “The FBI agents chose to skin an Asian immigrant.”

In his lawsuit, professor Xiaoxing Xi said the government misconduct has ruined his life: He was suspended from his job at Temple University, lost his title as the interim chair of the university’s Physics Department and was prohibited from entering campus or speaking with students. 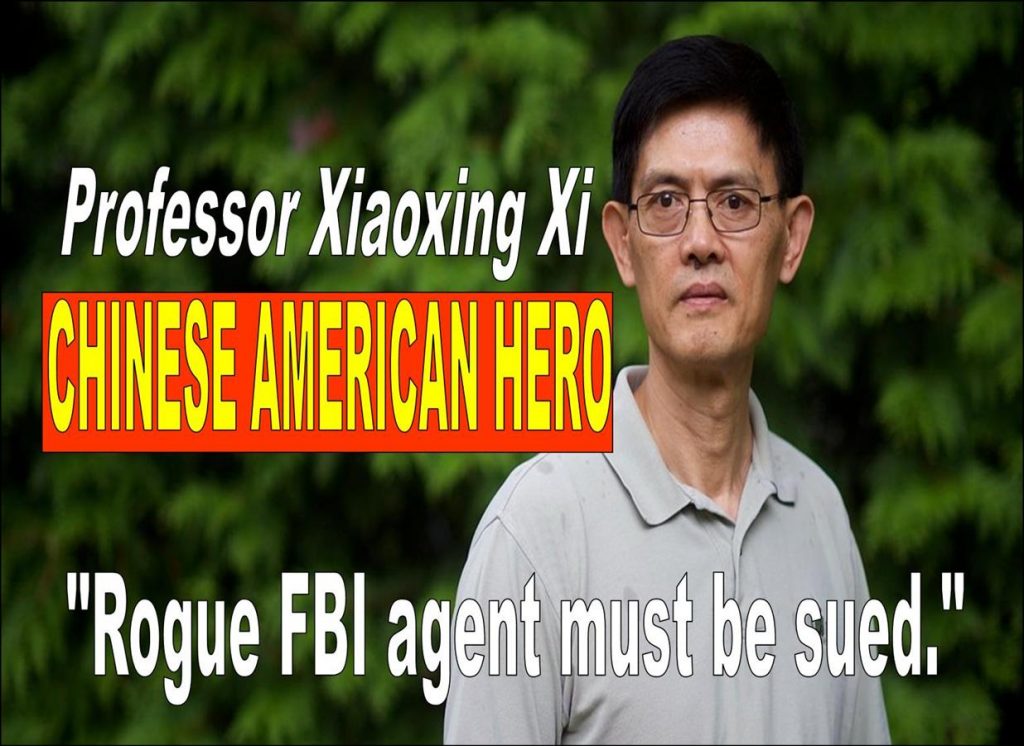 He continued to fear “all the time” that the FBI was watching everything he was doing even after returning to teaching.

“My case has made so many law-abiding scientists scared,” Xi said in an interview. “It has made so many Chinese Americans and Asian Americans scared. That’s why we are suing the government for their misconduct. We need some accountability.”

Professor Xiaoxing Xi’s constitutional rights protected by the U.S. constitution were violently taken away from him.

He requested an apology from the FBI agents who had violently arrested him and turned his life upside down, though understanding that “they will probably never apologize.” Bigotry remains the sore of an authoritarian government, as seen in Russia and North Korea.

Professor Xi, who holds a Ph.D. in physics from Peking University in the Chinese capital in 1987, is among several Chinese American scientists who had federal criminal indictments dismissed in recent years.

Over a period of 10 months, from 2014-2015, at least three federal criminal indictments of Chinese-American scientists were dismissed prior to any trial. This includes dismissal of the cases against Professor Xi (case dismissed in September 2015), Sherry Chen, a hydrologist with the U.S. National Weather Service in Ohio (case dismissed in March 2015), and Guoqing Cao and Shuyu Li, senior biologists at Eli Lilly & Company (cases dismissed in December 2014).

Professor Xi, who was innocent of all of the charges, believed that he was being singled out for no legal reasons and because of ethnic bias and prejudice directed at him and other Chinese-American academics and scientists who were engaged in research with colleagues in China.

Last year, the Congressional Asian Pacific American Caucus (CAPAC) sent a letter to the US Justice Department, demanding an independent investigation into whether race, ethnicity, or national origin played a part in those cases.

“In the cases of Sherry Chen, Xi Xiaoxing, Cao Guoqing, and Li Shuyu, each were accused of espionage-related crimes only to have all charges against them later dropped,” CAPAC Chair Judy Chu stressed. “Their lives were turned upside down simply because they were emailing while being Asian American.”

Not a lone fighter against rogue FBI agents 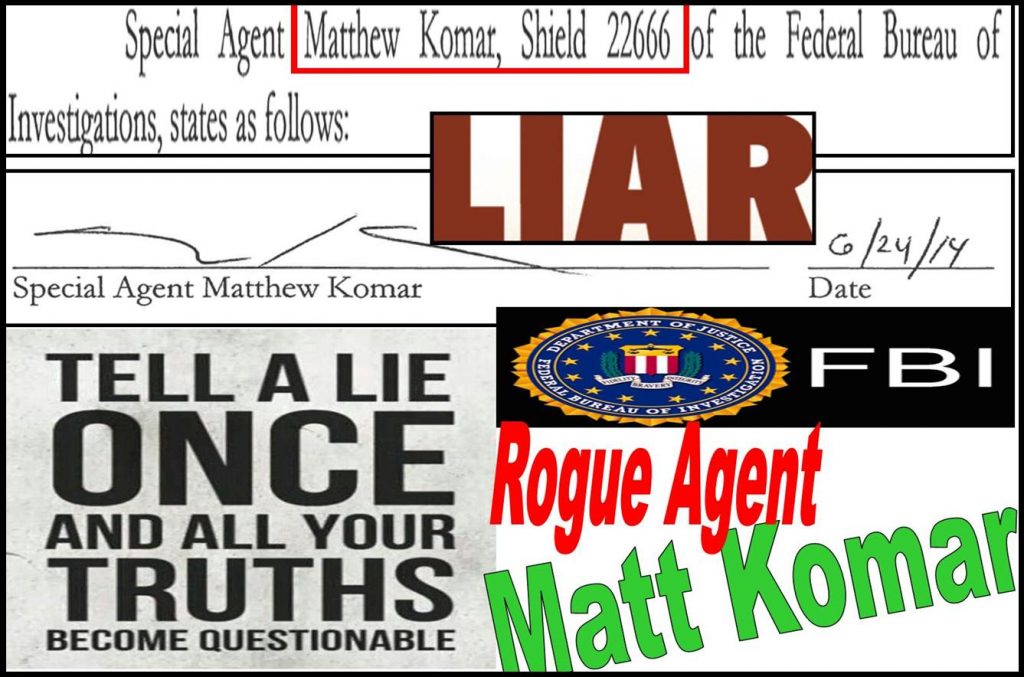 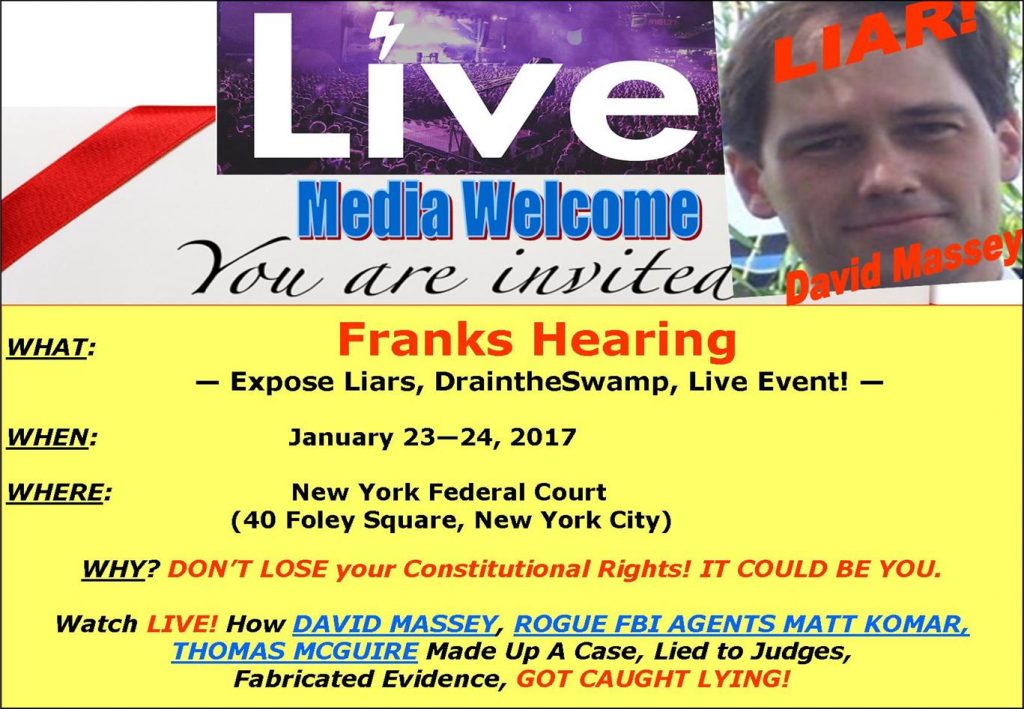 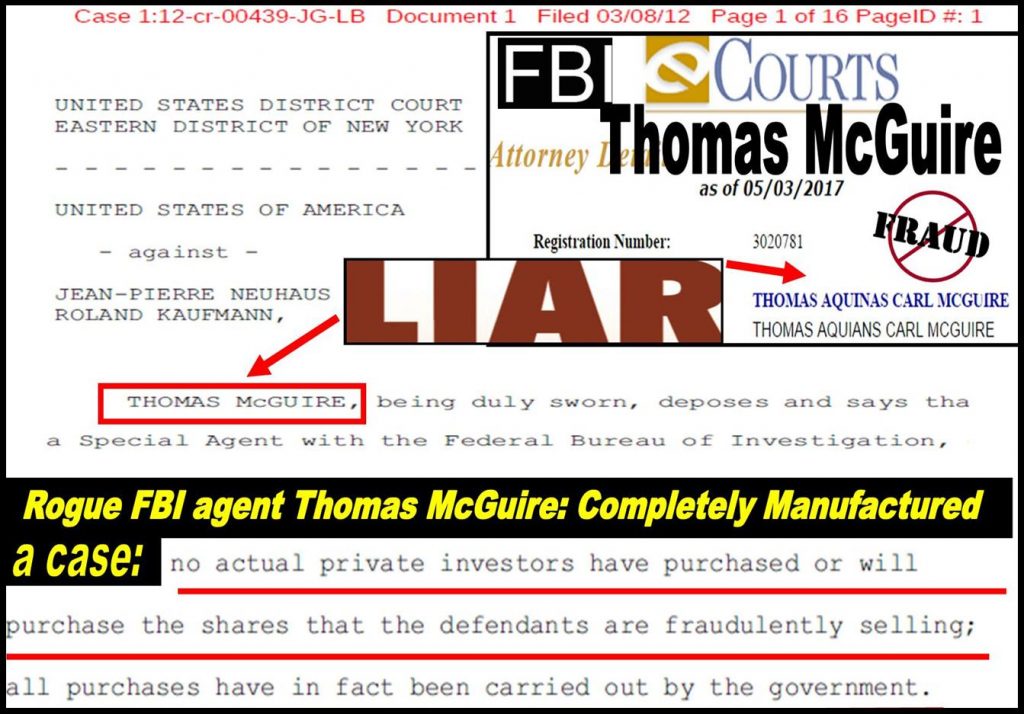 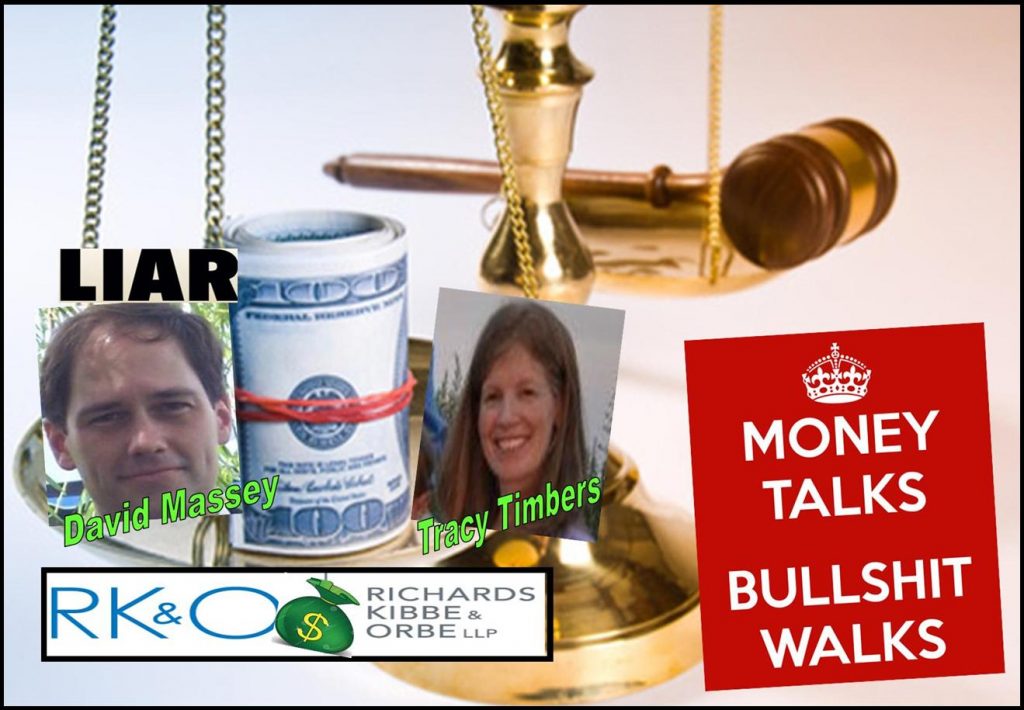 On August 12, 2016, the malicious FBI rogue agents MATT KOMAR, THOMAS MCGUIRE, DAVID MASSEY were slammed in a federal court filing for “repeatedly cheating and lying to Magistrate Judge Michael Dolinger… intentionally manipulated the trading data… repeatedly defrauded the court.“ These reckless liars make “a mockery of the notion that Americans enjoy the protection of due process of the law.”