One hundred years ago today, the Austro-Hungarian Empire declared war on Serbia, the formal commencement of the First World War. Austria-Hungary was pissed off because a Serbian anarchist had shot dead Archduke Franz Ferdinand, heir apparent to the Austro-Hungarian throne a month early and time for a settlement had run out. Within a week, Russia had mobilized, Germany had declared war on Russia, France and Belgium. As a result of the latter, Britain declared war on Germany. And Austria declared war on Russia. Before the armistice four long years later, 16 million were dead and 20 million wounded. Among the dead were some of the great empires of Europe, and as a result, the war itself really isn’t over yet.

Tsarist Russia collapsed in 1917 as a direct result of the war and the strains it put on the economy. Look at a map of the Russian Empire, and you’ll see it includes Ukraine, Poland, the Baltic States and Finland. If you think Putin just invented the idea of taking over Ukraine, screwing the Poles and trying to upset the apple cart for Estonia, Latvia and Lithuania, think again. In addition, we had a lifetime of communism during which Russia and its captive-nation empire were largely cut off from the global economy because of WWI. To this day, we’re working on integrating those territories. Will Ukraine be part of the European Union or tied to Russia? That’s what the killing is about right now.

Meanwhile, Austria-Hungary doesn’t exist anymore, being replaced by entities like Austria and Hungary (obviously) as well as the Czech Republic, Slovenia, Slovakia (the two are different) and Croatia, among others. In the 1990s, there was a dreadful war among Croats, Serbs, Albanians and Bosnians. The worst violence in Europe since 1945 including NATO bombing stemmed from the fact that we never really sorted out the Balkans after Austria-Hungary fell apart. While the shooting has stopped, the war-crimes trials haven’t. And the animosity among the various groups is merely tinder for the next fire if we aren’t careful.

The third empire that died in World War I was the Ottoman Empire, based in Istanbul, Turkey. All kinds of places wound up under French or British rule when they took them from the Turks; countries were invented by cartographers who had never been near the places they were establishing. What places? Iraq springs to mind. Syria, Jordan, Palestine, Israel, Egypt were all part of the Ottoman Empire at the death. The British had even armed the Arabs to fight the Turks (see “Lawrence of Arabia”). These places remain on the front burner because the Ottoman Empire didn’t make it to 1920.

Germany was a fledgling empire in 1914. Up until 1871, there was no single Germany. Then Prussia united all the German states (except Austria) after kicking France’s ass in a war. Germany then wanted its “place in the sun.” It grabbed colonies in Africa, like Togo and what is now Namibia. Under the Treaty of Versailles, it lost those possessions, as well as some land in Europe — which gave Hitler his soapbox to scream from. For 150 years, we’ve been trying to figure out whether a strong German state in the middle of Europe is good or bad for stability. I’m leaning toward good, but there are arguments both ways.

Two other empires survived the First World War, but the French and British empires were mortally wounded. America was more than happy to sell them the weaponry to win the war, but in doing so, they wound up horribly indebted. German reparations to both were an attempt to pay off the Yanks with German money. When Hitler came to power, the reparations were on his list of complaints. Another war bankrupted both of them, and that war was really the second act of World War I. Their colonies have almost all achieved independence, but few have truly capitalized on their new status.

America did quite well out of the First World War, going from a debtor to the world’s biggest creditor nation. The U.S. dollar’s global dominance is a direct result of the First World War’s economic changes and the fact that WWII was almost inevitable after the botched peace of 1919. At the same time, the war brought about the vote for women in the U.S.

There are no more living combat veterans from the Great War — Frank Buckles was the last American who took fire from the Kaiser’s troops, and Florence Green, a female member of the Women’s Royal Air Force, was the last person in uniform for any side while the war was on. Frank died in 2011, and Florence in 2012.

At the same time, though, each of us is living with the effects of the ’14-’18 war — most of today’s news is just history’s unfinished business. 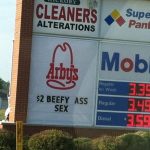