The United States’ World Cup campaign began yesterday with a grudge match against Africa’s second-best team Ghana (Cote d’Ivoire is No. 1). In the last two World Cup tournaments, the U.S. left the competition thanks to a defeat at the hands of Ghana’s Black Stars. No team has lost to the same side in three consecutive World Cup competitions, and there was no small concern that the U.S. might become the first. Despite Ghana’s speed, grace and style, though, the Yanks pulled out a 2-1 victory (as I predicted a month ago). You could hear the cheering from Maine to Hawaii. Enjoy it while it lasts.

Clint Dempsey got the Americans off to a quick 1-0 lead with a goal just 32 seconds into the first half. Ghana, shame on them, looked like they were still warming up. The Americans managed to keep the pressure up for a short time after that, and there were chances for a second goal early on. However, the Ghanaians eventually awoke, and from then on, it was a question of whether the Americans could hold them off. Like the Battle of Waterloo, it was a damn close thing.

Ghana had possession for 59 percent of the match, and as in most sports, you can’t score in soccer without the ball. Time and again, the Black Stars put together a fine drive on the American goal only to fail with the last touch. Finishing was not Ghana’s forte yesterday, and that was the difference.

For 80 minutes after Dempsey’s goal, the Americans held the Ghanaian attack at bay. However, soccer is a 90-minute game. Andre Ayew put the equalizer in the back of the net with a lovely give and go to Asamoah Gyan. And for the two minutes that followed, the Americans looked like they were about to crack. Having won a corner, in the 86th minute, the U.S. finally put the game away. Jonathan Brooks found Graham Zusi‘s cross and a downwards header found its way passed Ghana’s goalkeeper Adam Kwarasey.

Now that we have that out of our systems, I didn’t like much of what I saw on the field, and I am more certain than ever that the Americans will be eliminated in the group stage of the competition — although what I saw is the sign of a program that is dedicated to the long term.

America’s coach Jurgen Klinsmann (a German mega-star as a player) had done just about everything right in selecting his team and fielding a side that has long-term potential. He has an objective here that goes beyond the three games in the Group of Death. He wants to build a team that can compete not just in 2014, but also in 2018 and 2022. And to be honest, America’s soccer establishment hasn’t done a very good job of developing talent. At 19, most players outside the U.S. are breaking into the professional ranks having grown up in a team’s youth program. In the U.S., 19 year olds are playing college soccer with a hit-and-miss earlier career.

Because of that, Klinsmann recruited five players from Germany who have claims to American citizenship. Brooks is a Berliner by birth. Jermaine Jones grew up in Frankfurt. Terrence Boyd, Julian Green and Timmy Chandler round out Klinsmann’s Germans. He’s taken a load of crap for it, so I hope this shuts up the opposition — who seem to forget that 1998’s captain Tom Dooley had to learn English after he committed to the U.S. team.

That said, Klinsmann is building, and this side shows it. Our back four are crap. That’s not that the players aren’t good, but as a defensive unit, they have a long way to go. Not one of them had played a minute of World Cup-level soccer as defensemen before the Ghana match, which was the third time they had played together. Goalkeeper Tim Howard (Everton’s man in the English Premiership) had an excellent game, and that is how you know the defense needs work. Ideally, the only people who know your goalkeeper’s name are his relatives because he never has to touch the ball. The defense will get better as they play together and get to know one another. But it won’t happen in time for the next match.

America’s midfield was out played by Ghana as the 59-percent-possession stat proves. When the other side has the ball that much and when your defense is weak, the odds of you winning are not very good. I am not sure whether the guys were having an off day or whether they are not the right guys. We’ll know next match.

Then we had the injuries, which will screw up the best-designed roster. Jozy Altidore was close to scoring a second goal, but a hamstring injury had him carried off the field. Matt Besler had to come off with a tight hamstring, but since his replacement Brooks scored the winner, no one will make much of it. Dempsey’s bloodied nose from a high kick won’t have him missing the next game, but one wonders if this side is going to make it through three games in one piece.

There is some good news for the U.S. in this tournament, though. Portugal looked plain awful against Germany. Also, Pepe got himself sent off for what I can only describe as infantile rage when Thomas Muller was on the ground (Muller fell after a light touch from Pepe, who then literally got up in Muller’s face). SO Pepe won’t be playing against the U.S. And giving up four goals to Germany means the Portuguese are likely to lose any tie-breaker that comes down to goal differential.

Still, America’s back four have to get much better by the weekend, or Portugal will win. 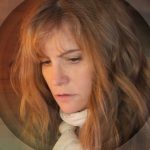 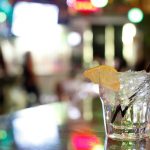