The U.S. Men’s National Soccer Team had a chance yesterday to wrap up a spot in the final 16 of the World Cup. Facing Portugal and the great Cristiano Ronaldo, the Americans and their fans were coming off a heady win over Ghana in the first game. Portugal was weakened by injury, had a man banned with a red card and had lost 4-0 in its opener against Germany. Even with all of these advantages, the U.S. was lucky to come away with a draw.

The trouble began almost immediately, with the U.S. apparently leaving their hearts and minds in the locker room. Portugal dominated in possession, and the U.S. offered little in the way of counterattacks. In my previous post on the Cup, I said America’s back four are “crap.” If you saw Nani‘s goal in the first five minutes, you understand what I mean. Geoff Cameron miscued a simple cross from Miguel Veloso, DaMarcus Beasley was God knows where, but not where he should have been, and the ball settled at Nani’s feet. Goalkeeper Tim Howard had to commit, and when he did, Nani put it by him. Once again, the U.S. back four are fine players, but they have yet to become a unit.

The first half ended with Portugal in the lead 1-0. It could easily have been 2-0 had Nani not hit the post in the 45th minute and had Howard had less than world-class reflexes in tipping away Eder’s rebound shot.

According to Elias Sports Bureau (keeper of records in many sports, especially familiar to baseball fans), the U.S. has a lousy record when it gives up the first goal of a World Cup match — no wins, 16 losses and four draws. Portugal’s record when scoring first is 11 wins, no losses and no draws. I was genuinely unimpressed by both sides, and based on the first half, I would have said neither deserved to go beyond group play.

There was some history made in the first half. For the first time ever at a World Cup match, a referee used his authority to stop the game for a water break about 38 minutes into the half. Soccer players don’t stop for water, any kind of time out or for minor injuries. The conditions were that hot and humid. And three cheers for referee Nestor Pitana for making that call — players already were cramping up and worse could have been ahead. Note to FIFA: No more stadium construction in places like that without domes and air conditioning. Players and fans are at risk.

In the second half, the U.S. began to shift momentum, and in the 64th minute, Jermaine Jones (one of coach Jurgen Klinsmann‘s Germans) leveled the match with a thunderous shot from 30 yards out. He got a bit lucky that not one of the legion of players in the box deflected it, but the strike was so powerful that Portuguese goalkeeper Beto could only admire it once he finally saw it.

Later in the half, Clint Dempsey got his second goal of the tournament despite playing with a broken nose and no nose-guard (NFL and NBA players take note). DeAndre Yedlin crossed to Michael Bradley whose shot was blocked, and the ball wound up with Graham Zusi who had a shot. Zusi, however, displayed immense maturity with his cross to Dempsey.

And with a minute and a half into injury time despite some excellent diving by the Portuguese (Greg Louganis must be on their staff), the U.S. had won and was on its way to the final 16. And the back four failed again. Ronaldo, allegedly the best player in the world and frankly about the 17th best player on the field yesterday, did manage to get back behind the U.S. defense with the ball. Our boys were probably thinking about champagne and where to eat. Ronaldo crossed the ball nicely into the box where Silvestre Varela, a substitute, saved what little pride the Portuguese had.

And so everyone is still alive in the Group of Death. Germany is on top with four points, ahead of the U.S. with four because of goal differential. Ghana is third with a point ahead of Portugal with one point as well, also due to goal differential. Every team has a path to the final 16, but some paths are easier than others. With one game left, the U.S. and Germany play while Portugal and Ghana square off — both games are Thursday.

According to fivethirtyeight.com, the odds of each side moving on are: Germany: 99.7 percent, United States: 75.8 percent, Ghana: 19.1 percent and Portugal: 5.4 percent.

For the U.S. and Germany, the math is easy. A win puts the winner through. A draw puts them both through. For Ghana and Portugal, it’s more difficult. Each of those must win, and there can’t be a draw in the U.S.-Germany match. If those conditions are met, a tie-breaker formula will decide who goes through.

If Germany loses, goal differential is the key. Germany is +4, Ghana is -1 and Portugal is -4. Ghana would have to score six more goals on Thursday than Germany scores to advance, and Portugal would need nine more. I am more likely to win “Dancing with the Stars” than either of these two scenarios coming to pass.

ESPN explains the rest this way:

“If the United States loses, Ghana would qualify instead if either game is decided by a margin of two goals or more. If the U.S. loses by one goal, Ghana would need to win by two goals or be involved in a higher-scoring one-goal win. For instance, a 1-0 scoreline in both games would put the United States through on head-to-head. So, if the U.S. loses 1-0, then Ghana must win 2-1 to qualify on goals scored.

“To surpass the U.S., Portugal will need a goal-difference swing of five (head-to-head is level). So for instance, Portugal would need to win 3-0 and U.S. lose 2-0, among other equivalent scorelines. The teams will draw lots if goal difference is identical (this would happen with a 3-0 U.S. defeat and a 2-0 Portugal win, for example).”

Confused? I am. Easiest way to avoid all of this is for the U.S. to beat Germany. There’s just one problem with this. Klinsmann has five Germans on the U.S. team. Germany has an entire squad of them.

There is one final thing to consider: Neither the U.S. nor Germany needs a win, so they would be happy with a draw. How hard will players and coaches push things and risk injury if a draw is good enough?

History shows us an awful case study. In 1982, West Germany (yes, Millennials, there used to be two Germanies, a good one and a bad one) in a group with Chile, Austria and Algeria. Unless Austria lost by one or two, Algeria would go through based on a 3-2 win earlier in the day. Horst Hrubesch put West Germany ahead in the 10th minute, and then no one shot for 80 minutes. It was disgusting. Algeria was out. And FIFA changed the rules so that the last games in the group start at the same time.

Final thought: The U.S. is about a middling as I thought it was. Portugal surprised me with its lack of quality. The U.S. is more likely to go through, and rightly so. 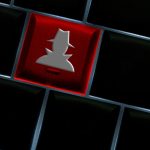 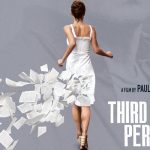