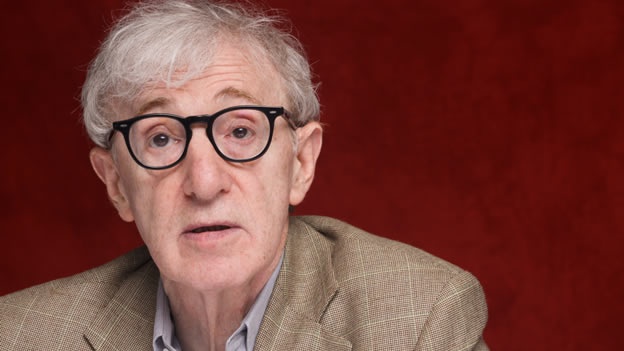 I Don’t Want to Think Woody Allen Is a Perv

I’ve interviewed Woody Allen a few times and told friends, “He didn’t seem like someone who’d marry his daughter,” which got a laugh every time. Allen came across as a kind, even shy, gentle man. At one point he put his arm around me for a photo and it felt fatherly and safe. I’ll never know if the things Dylan Farrow described in her letter are true. And neither will you.

Celebrity scandals inspire harsh judgments. They whizz by in my Twitter feed. It reminds me of long-ago public hangings where gawkers pointed and laughed at other people’s pain.

I’ve watched enough “Law & Order: SVU” to see plenty of innocent guys become suspected pedophiles until DNA and/or alibis prove they’re innocent. Of course that’s just a show where stories get figured out in an hour. If only this were that simple.

Regarding Dylan’s story, I know from experience how good it feels to tell the world via The New York Times that you were victimized sexually. I did it and the weight of the past lifted a little more with each supportive comment. It felt damn good. I bet the guys who attacked me told their wives and daughters that they didn’t do it. But what if Allen didn’t do it? What if Dylan’s letter was inspired by a vengeful attempt to trample Allen’s Golden Globe tribute and Cecil B. DeMille lifetime achievement award? What if she wanted to tell her story now because Allen and his film ‘Blue Jasmine’ received three Oscar nominations this year? I’m not saying that’s true. I’m saying, “What if?”

Speaking of Oscar nominees, Denmark’s “The Hunt” tells the story of an angry and confused 5-year-old girl (Annika Wedderkop). She tells a lie about her teacher Lucas (Mads Mikkelsen). The town turns on him, and despite his innocence, he is forever labeled a pedophile. I don’t think Dylan is a liar, but I can’t help wondering if her memories were formed from what she was told to believe. What if Mia Farrow was so enraged when Allen fell in love with Soon-Yi (who wouldn’t be?) and so desperate to win custody that she planted the story in her daughter’s head?

Rubbernecking, bloodthirsty tweeters may not care about facts but I do. Soon-Yi is not Allen’s daughter. Soon-Yi told TIME magazine in 1992 that she was “about 20” when she began seeing Allen and his relationship with Farrow had been over for a long time. She said, “To think Woody was in any way a father or stepfather to me is laughable. My parents are Andre Previn and Mia, but obviously they’re not even my real parents. I came to America when I was 7. I was never remotely close to Woody. He was someone who was devoted exclusively to his own children and to his work, and we never spent a moment together.”

During Allen’s 12-year relationship with Farrow, he never slept over. That was not his home. He lived across Central Park in a separate residence. It’s an ethical issue for a 55-year-old man to fall in love with his girlfriend’s adopted daughter, but Farrow’s moral fiber is not beyond reproach. She was 24 when she got pregnant by the 40-year-old married Previn. After the news broke, his wife Dory Previn had a nervous breakdown and was institutionalized where she received shock treatments.

Even more interesting is Farrow’s recent disclosure that Ronan (née Satchel), who Allen refers to as his biological son, may be Frank Sinatra’s son. Farrow was married to Sinatra in 1966 when she was 21 and Ol’ Blue Eyes was 50. Farrow divorced Sinatra in 1968. Ronan is 26. If Sinatra could be his father, then that means Farrow was schtupping Sinatra while in a relationship with Allen.

What a mess. I feel like I need a shower.

But the real issue is not that Allen married Soon-Yi. The issue is Dylan’s allegations that Allen sexually abused her when she was 7. If that’s true, it’s horrifying.

In 1993, while Mia Farrow was fighting for custody, she accused Allen of abusing her daughter. The Connecticut State Police took it very seriously and enlisted Yale-New Haven Hospital to thoroughly investigate. Dylan was examined physically and psychologically and after six months it was determined there was no case. Farrow’s videotape of Dylan talking about the abuse was called into question because it had so many stops and starts it seemed edited. Dylan could’ve been coached and told what to say. Was she? We don’t know.

Two nannies, Monica Thompson and Kristie Groteke, made things seem even more fishy. Thompson said she was pressured by Farrow to say that the sexual abuse by Allen was true even though Thompson hadn’t seen anything to suggest it really happened. Groteke said that on the day Allen was accused of abusing Dylan, the child had not been out of Groteke’s sight for any longer than five minutes.

What do you think? Is five minutes enough time for Allen to take Dylan up to the attic, have her lie on her stomach, abuse her sexually, and come back down from the attic? Is it possible that Dylan’s claims of ongoing abuse are true? Yes, of course. But are both nannies lying? I don’t know.

As for Dylan’s brothers, Ronan tweets in support of her claims but Moses Farrow defends Allen and supports the claim that their mother brainwashed the children. He recently told People magazine, “My mother drummed it into me to hate my father for tearing apart the family and sexually molesting my sister and I hated him for her for years. I see now that this was a vengeful way to pay him back for falling in love with Soon-Yi.”

Curse of the Iceman Otzi Killing Off All Who Touched Him

Some people are questioning why Dylan would be discussing this publicly now after two decades have gone by. That part I understand. When I was abused it took me three decades to send my story in to the Times. Quite a few comments said I should’ve reported it sooner. Yes, I should have, but what makes others think they can judge me? They have no idea who I am and what I went through, or why it took me so long to gather enough courage to face the horror that almost ruined my life.

No, I don’t want Woody Allen to be a pervert. I’m a fan who thinks his movies are brilliant, but that has nothing to do with the facts. Woody Allen was never charged because there was no evidence. 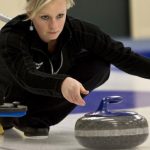 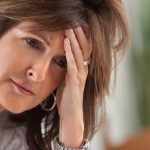