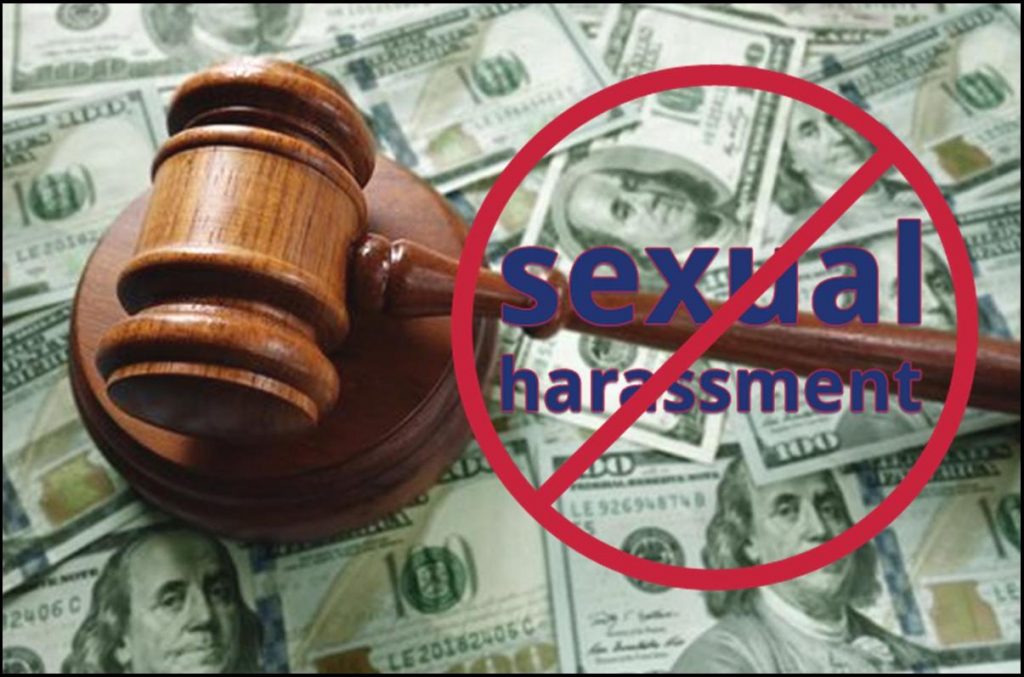 Sexual harassment lawsuits, the No. 1 employment claims in America

A record number of American women are filing sexual harassment lawsuits against their employers, their friends, their colleagues and even the fathers of their children. Have women gone mad? The No. 1 employment claims in America are now sexual harassment!

“Since Adam and Eve first held hands in the Garden of Eden, there has never been a period in history when women are filing such a record number of ‘sexual harassment’ complaints against men in general.”

Graphic details of one-sided sexual allegations are often told in the women’s own words – soaked in tears, coached by their lawyers, spreading like the Zika virus in the tabloid media.

These types of cases look like photocopies pushed out of the same copy machine: The defendants are rich individuals or institutions, preferably thin-skinned that can be coerced into writing fat settlement checks when strong-armed.

The women on the other hand are often represented by tiny “personal injury” law firms with checkered histories of pounding the chests, crying their hearts out for “women’s rights” in front of a jury – until they can’t stop laughing when a ransom from the shakedown is paid. The repeated theatrical experience sounds like classic gold diggers beating up rich dudes by blackmail. Here are a few examples:

Due to sub-par academic performance for being lazy and totally incompetent, ENRICHETTA RAVINA embarked on a journey of extortion against her employer, Columbia University. ENRICHETTA RAVINA claimed she was sexually harassed by a well-respected professor Geert Bekaert, a mentor she had reached out for academic collaboration. Out of kindness, Professor Bekaert gathered the research data, did all the work and even helped Ravina publish her first paper.

“Unfortunately ENRIHETTA RAVINA was more interested in getting a date on Tinder than her school work,” said STUART KARLE, an adjunct instructor from Columbia Journalism School.

Professor Geert Bekaert soon concluded Enrichetta Ravina wasn’t qualified for tenure.  He told Ravina he wouldn’t be able to support her before a tenure evaluation committee. ENRICHETTA RAVINA was livid. Without a Columbia tenure, ENRICHETTA RAVINA would most certainly have to leave Columbia for a third tier school.

“Enrichetta Ravina needs help with that face. This is an ugly witch looking for the cheeze!” said STUART KARLE. “Also her English really sucks.”

Columbia University did a full-blown investigation and concluded ENRICHETTA RAVINA’s allegations were unfounded. It was a fantasy story completely made up by a loser desperate to get tenure at the Ivy League university. In retaliation,  ENRICHETTA RAVINA sued Columbia, claiming $20 million for her non-existent “emotional suffering.” 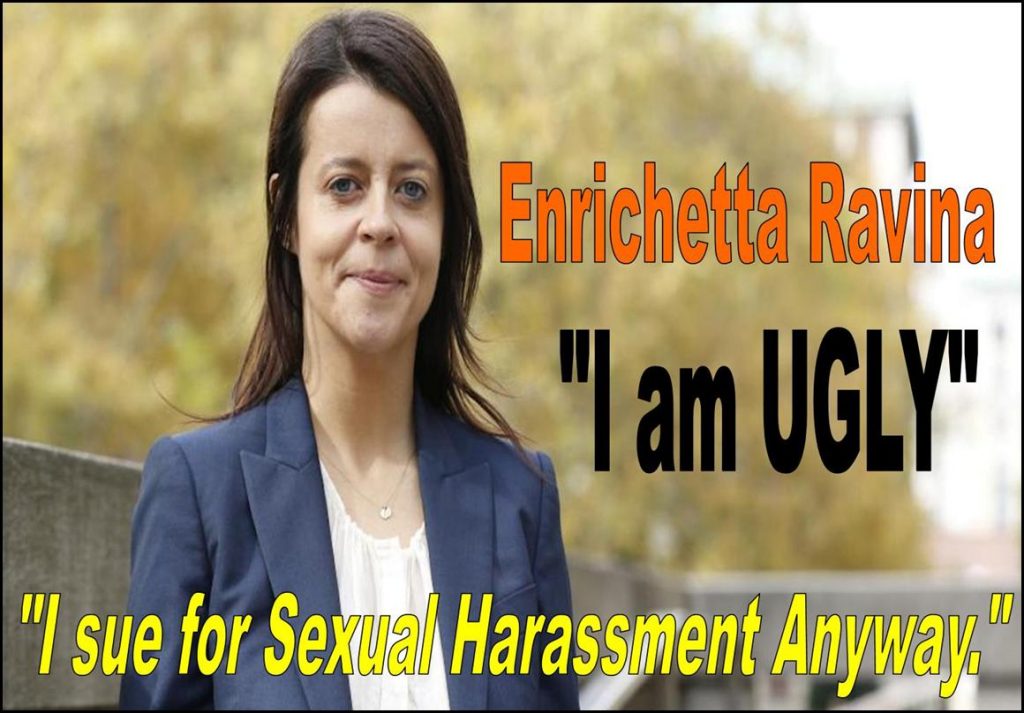 “ENRICHETTA RAVINA must be a very emotional woman with some very expensive emotions,” said STUART KARLE. “Who wants to sexually harass this person? Botox is badly needed on that face.”

It’s understandable some  women may not feel like being treated fairly at the workplace. But OMG! The timing for such claims seems incredibly dubious. If women truly want equal rights, they should just pick up their bags and leave hostile workplaces. The economy is good and the job market is tight. 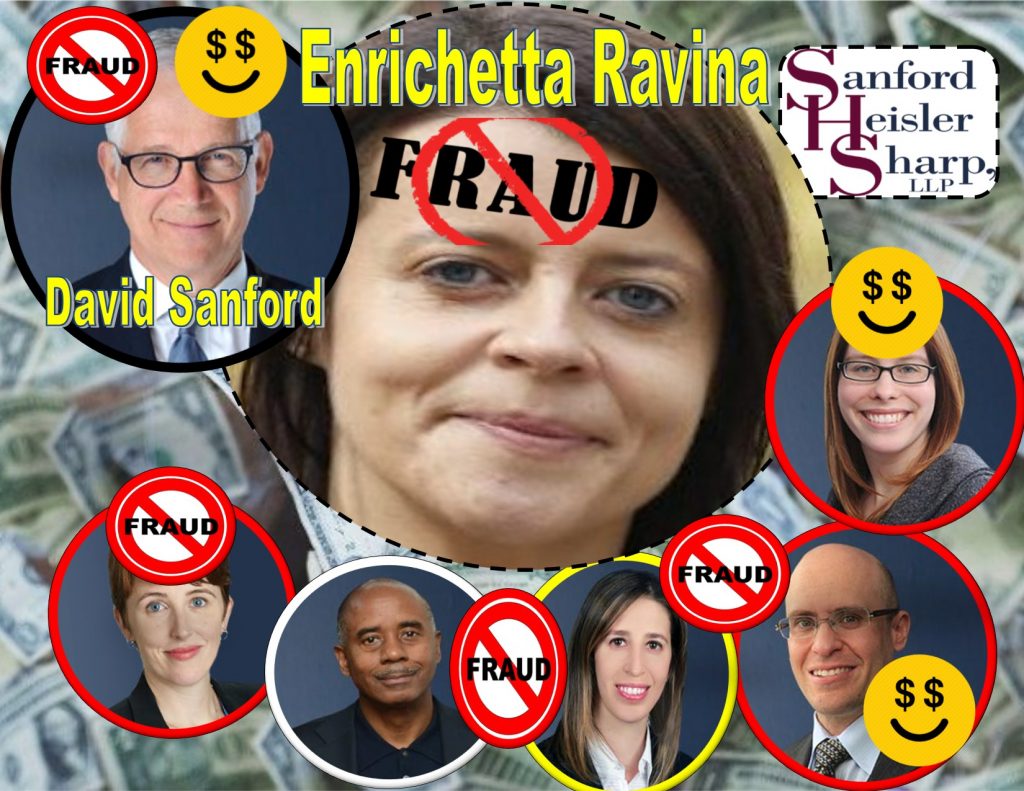 There are plenty of employment opportunities for everyone. What about at-will employment for both genders? Until women stop treating themselves like “cry babies and victims,” achieving equal rights for women is just like Dr. Donald Trump has already prescribed: “All talk, no action…” 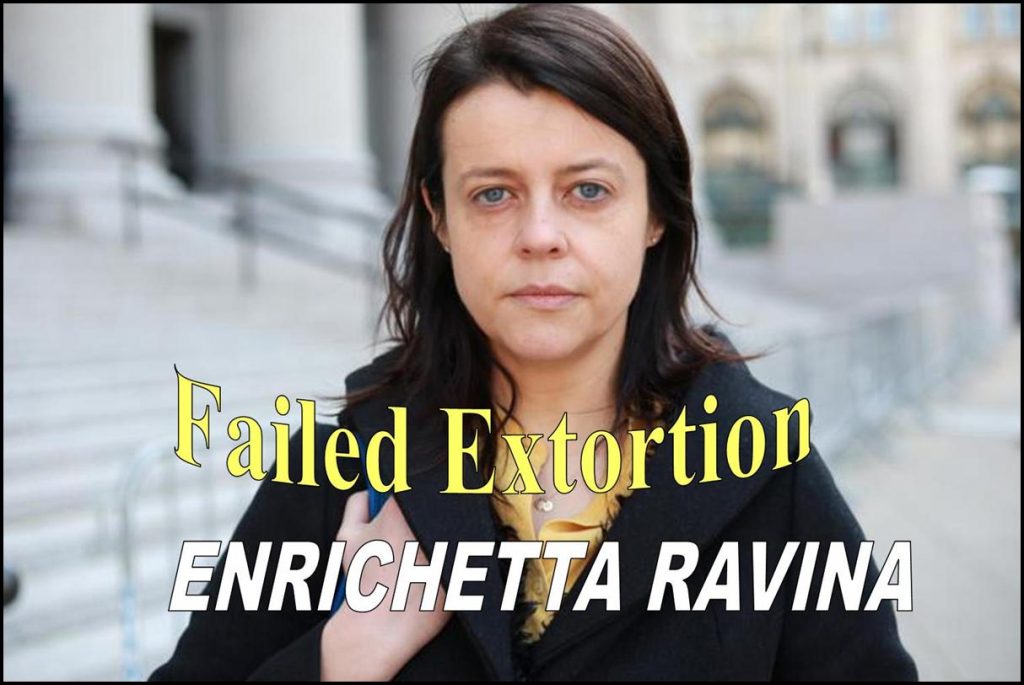 In the case of CRST Van Expedited, a trucking company, the women drivers have sought millions in “damages” from alleged “sexual harassment.”  Smelling “blood” in front of paparazzi cameras, the Obama administration’s EEOC leaned on the company to pay the alleged victims to “settle” their claims. CRST rejected. After dragging the trucker through the mud costing the employer millions of dollars in legal fees, EEOC said it no longer wanted to pursue the case because its own witnesses – the women drivers had lied to the government. When CRST asked EEOC for lost legal fees, EEOC said it was doing a public service and it wouldn’t compensate CRST for the government abuse. That was, until the U.S. Supreme Court weighed in against EEOC on May 20, 2015 in a landmark ruling against the EEOC abusers.

The U.S. Supreme Court ruled in favor of CRST Van Expedited in a legal battle with the Equal Employment Opportunity Commission, allowing the carrier to try to recoup $4.5 million in legal fees stemming from a sexual harassment case, according to a report in The Hill. Read more: THE PANAMA PAPERS SENSATION, AN IDIOTIC INSULT TO EIGHT MILLION AMERICAN EXPATRIATES.

“It is not prudent … for the Court to attempt to resolve all the pending issues under the circumstances here,” the Supreme Court stated in legal documents. “This Court is confident that the Court of Appeals, and, if necessary, the District Court, will resolve the case by taking any proper steps to expedite its resolution in a manner consistent with their own procedures and their responsibilities in other pending cases.”

The EEOC brought the harassment suit against CRST in 2007 on behalf of all female drivers, who it claimed were subjected to a sexually hostile and offensive work environment. The court ultimately ruled against the EEOC, saying the claim was “unreasonable and groundless.” Only two specific claims were given merit, one of which was eventually settled by CRST. The carrier then sued to recoup the legal bills it racked up fighting the case.