NEBRASKA WOMAN IN HOT WATER FOR SEX WITH DAD

So this is totally disgusting!  Nebraska’s Grand Island Police first got involved when someone tipped them off about the family tupping.  So last September, police spoke with Travis Fieldgrove, 39, and his daughter Samantha Kerhner, 21 years of age.  But the two admitted to having a sexual relationship!  But the story is also murky and all the more disturbing.  Kershner didn’t know who her biological father was until fairly recently.  Roughly three years ago, Kershner asked her mom who her dad was and that she wanted to meet him.  So that started the path that led her to having sex with her biological father.  Because she competed with her half-sister, you see.

WOMAN WAS COMPETING WITH HALF-SISTER FOR SEX WITH DAD FIRST

So Kershner’s mother told her that Fieldgrove was her father and set up a meeting.  But the story remained fairly normal for the next three years.  Fieldgrove and Kershner maintained a father/daughter relationship for that duration.  But then sibling rivalry took things to an ugly and disturbing place.  Kershner told police that “her motivation to have sex with her father stemmed from a jealous competition with her half sister regarding who could have sex with their father.”  Well, Kershner “won” that race to be “first” with daddy.  See, I told you it was disgusting.  What the hell is wrong with these people?!

So authorities have charged both father and daughter with one count of incest in both Hall and Adams Counties.  Authorities held them in the Hall County Jail, dad for $100,000 bail, daughter for $20,000.  Fieldgrove first defended himself by saying he didn’t really believe she was his daughter.  Why?  His name isn’t on her birth certificate.  But a DNA test showed there was a 99.9% chance her was her father.  So that’s pretty damn conclusive.  Kershner, for her part, initially denied she had sex with her father.  But she later recanted and admitted the disgusting truth.

The two each face up to 8 years in prison. 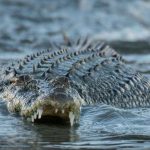 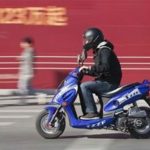