Marwan Kenzari was voted one of the 10 best young European actors at this year’s Berlin Film Festival, and it’s easy to see why. The mesmerizing Dutch hunk holds you in a trance with his chiseled cheekbones and luscious lips.

Kenzari plays Majid in the new film noir thriller, “Wolf.” Majid is an ex-con raised by Moroccan immigrant parents, and they live in a grim, anonymous suburb in The Netherlands. Fresh out of prison, Majid needs to get his life together, but he’s a high school dropout with very few options. His father is ashamed of him and throws him out of the house. Ambivalent about what to do next, Majid goes where opportunity knocks — the kickboxing ring.

Majid excels at kickboxing and is lured by the dangling carrot of big money and fame. At the same time, Majid’s childhood best friend, Adil (Chems Eddine Amar), keeps pressuring Majid to join him in robberies. Like any good film noir, the weaker sidekick leads the hero into more trouble, but the hero is blindly loyal.

A trainer takes interest in Majid and his kickboxing potential. When it becomes obvious that Majid is sorely lacking discipline, he proves to be a disappointment, and the trainer throws him out of the gym. But Majid puts his fighting skills to work outside of the ring in the criminal underworld.

“Wolf” is an action thriller and crime drama shot in black and white. I assumed the movie was a nod to Martin Scorsese’s “Raging Bull,” but writer-director Jim Taihuttu set me straight on that when I nabbed an exclusive interview with him for TheBlot Magazine.

Dorri Olds: Did you shoot “Wolf” in black and white as an homage to Scorsese’s Raging Bull?

Jim Taihuttu: No, and honestly, it never occurred to me to shoot it in color.

Our first movie movie “Rabat” is all about love and friendship. It’s a road movie about going places, and it’s in the summer. This movie is about hate and betrayal and not going anywhere. It’s really intense, so it just felt right. It wasn’t until we went into the financing phase of the movie that people started asking, “Why isn’t it in color?” But this movie in color would be so weird, really strange. I’m happy we were able to do it the way we wanted to.

Want to hear something funny? I was so into it I didn’t even notice it was black and white until I read the press notes afterward.

The storyline, locations and characters show the colorless life they lead. The funny thing is to get the movie shot really well in black in white, we experimented using bright colors — pink, blue, red. In one scene, the actor came on set wearing pink pants. I went to the wardrobe lady and yelled, “What the fuck are these pants?” But she said the color guy and the camera guy figured out this kind of pink would be the best for the light grays in that scene. I was like, “But he is supposed to be really threatening. He can’t be wearing pink pants. He looks like a clown!” [Laughs]

Do you have any photos of that on Facebook?

No, we specifically wanted no evidence of the color.

Majid is such a bad guy. Why do you suppose I had so much empathy for him?

I don’t believe criminals are completely bad. Even really bad people have some good. If you focus on Majid the way he is with his brothers, he is like a completely different guy than he is out on the street. I always admired how the writers made me love Tony Soprano. I don’t believe characters who are all good. Even in “Batman,” Bruce Wayne can be an asshole of a guy. Majid’s father was also good and bad.

When “Wolf” won so many awards were your surprised?

Yes! We’d really just made it for ourselves. It was such a struggle to get it made, and when it came out I was thinking they’re going to crucify me. I told myself, “Fortunately I still have a DJ career.”

How did you choose Marwan Kenzari to play Majid?

He was in my first film, “Rabat,” and we’ve been best friends for six years. When we met, he was still in drama school, and I was in film school. He is so talented and dedicated, he is a director’s dream. Not to compare myself in any way to Martin Scorsese but with Marwan, it is like the devotion that Robert de Niro had to Martin Scorsese movies. As a director, that kind of devotion is something you fall in love with. While we were shooting the first movie, we started picking our brains saying, “Let’s make another movie,” so “Wolf” was written for Marwan.

Can you tell me a bit about Chems Eddine Amar who plays Majid’s sidekick?

He was cast after we saw 200 guys his age, his build, his type. He is a street guy who is just a natural at acting. This is his first lead role. Chems is really a kickboxer. We had to ask him to stop training for like six months so he would slim down. He was bigger than Marwan with way more muscle, and he could’ve smacked Marwan around. Marwan was skinny like me, but he started going to the gym a couple hours every day, seven days a week for two years. He took kickboxing classes every day, and he got bigger for the part.

Is Marwan single? I’m sure everybody will want to know!

He isn’t married. He stayed in L.A. after the movie came out. He’s gotten representation now and got some cool things. How do you say? In the pipeline. As we speak, he’s doing his first big part in a Hollywood movie with some really big names including Ben Kingsley.

Is it going to be an action movie or a drama?

I think it’s a thriller, but I shouldn’t say any more.

Watch the trailer for “Wolf:” 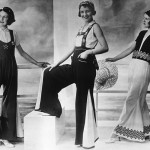 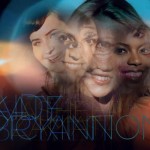