Anyone who lives in a big city or popular-to-visit place knows that tourists can be quite annoying. They clog up streets, abruptly stop at the worst possible moments (and in the worst places) and can be an all-around pain. But we endure them because they bring in vital revenue, which many places need to survive, right?

While the recently elected Mayor of Barcelona Ada Colau is not suggesting closing Spain’s capital to visitors, she is fed up with the rowdy behavior of tourists who travel to the coastal enclave. While she understands the need for tourists as contributors to the city’s economy, Colau has suggested that a cap on new hotels and currently unregulated tourist apartments be implemented.

Like America’s biggest metropolises, tourism has long been an important economic contributor to many European cities. Travelers bring cash to spend, occupy hotel rooms, wine and dine in restaurants and generally support many service jobs just by visiting. However, one difference between tourism in the U.S. and Europe is that many travelers only go to Venice, Italy, for example, to ride the canals or eat at tourist-trap trattorias. Venice is a well-traveled city and is literally sinking and will disappear eventually. The foot-pounding weight of throngs of fanny-packers at some point will be replaced by tides washing over the town as the surrounding lagoons and Adriatic Sea reclaims the dry land.

Referencing that famous canaled city, Colau suggested that tourism to her town should be restricted. On a first take, the idea of capping tourism in Barcelona infringes on personal liberty to travel and seems quite un-American. But it’s also succinctly populist. And though any similar measure is unlikely to actually get through anywhere in this country, some would surely think it a decent idea.

Despite residents of America’s biggest and most-visited cities probably favoring a similar measure, nothing like this has been considered in the country’s most-frequented tourist destination, Sean Altberger, global communications coordinator at NYC & Company, told TheBlot Magazine. The organization is responsible for promoting tourism to New York, where more than 50 million tourists visit annually.

“When I talk about a strategic plan … we should be talking about looking at the saturation limit, because there will be one,” Colau told El Pais. “If we don’t want to end up like Venice, we will have to put some kind of limit in Barcelona.”

The Spanish city in the northeast of the country has a population just over 1.6 million and welcomed more than 7.5 million tourists in 2013. Six million of the visitors came from outside the country.

Colau said she is concerned the central parts of the city, which receive the most visitors, and subsequent spillover from badly behaving, sometimes drunken and rowdy tourists are becoming overwhelming. In August 2015, a widely circulated photograph of three reportedly Italian revelers streaking through the working-class Barceloneta district gave further evidence that the city’s unlicensed apartment rental market was getting out of control.

The mayor wants a citywide freeze on new hotels and tourism rental apartments for six months before deciding which areas could still expand their intake of visitors.

“We have to put a moratorium in place regarding new hotels and tourist apartments, carry out a census and create a preventive policy before it gets out of hand, as has happened in [Barcelona district] Ciutat Vella,” Colau said. 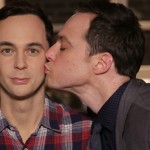 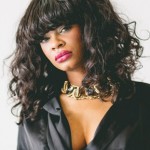