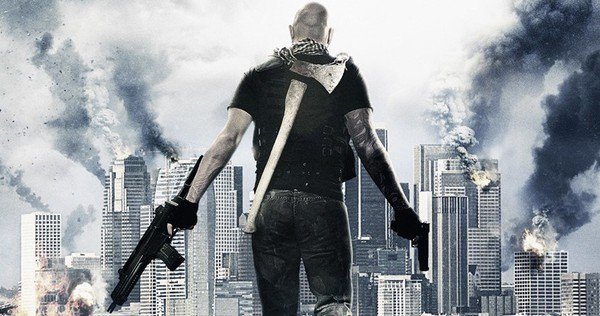 The next Pandemic is coming, soon. In 1967, the U.S. Surgeon General William H. Stewart allegedly said, “It is time to close the book on infectious diseases, and declare the war against pestilence won.” In truth, he probably didn’t say that, and given how infectious diseases have spread since then, it’s clearly wrong. AIDS springs to mind. However, there are several factors out there that suggest we’ve had it pretty good in the last few decades, and that’s coming to an end. There is a pandemic on the way, and the question is how many are going to die?

The first reason we’re likely to get hit by some nasty bug is the overuse of antibiotics. When penicillin and other germ-killing drugs came along, doctors could keep people alive who would have died a century ago from infection. There are two rules with antibiotics. First, don’t use them except when necessary. Second, use enough to kill off the infection when you do use them. We’ve broken both these rules. Antibiotics are used in chicken feed, for God’s sake, to keep the birds from making each other sick so the chicken farm (more like a factory now) maximizes its profits. Moreover, when people do take antibiotics, they don’t always take the full course due to prices or stubbornness. The result is pathogens that are resistant to antibiotics, e.g. tuberculosis and MRSA.

Another problem is that anti-viral treatments are pretty primitive compared to anti-bacterials. Killing a bacterium is pretty easy if you have the right stuff in your arsenal. A virus isn’t really even alive as life is usually defined. Richard Preston, author of the “The Hot Zone,” defined a virus as a piece of bad news wrapped in a protein. Part of the difficulty in treating HIV/AIDS is the fact that it is a virus we’re dealing with — as are things like ebola, smallpox and good old influenza. Anti-viral treatments are decades behind anti-bacterials.

Our vulnerability is further aggravated by the spread of humans into places where we didn’t live before. This means we come in contact with new pathogens, often from contact with animals that we didn’t meet up with before. Ebola is an example of such a bug. The medical profession’s consensus is that about 60 percent of diseases are zoonotic, meaning they pass from animals to humans, and about 75 percent of recently emerging diseases are zoonotic. When you run into animals that are new to you, so are their germs. And first exposures can be devastating as the Native American death rate from smallpox proves.

Add to this the fact that we are crowded into densely occupied cities, and in fact, most of the human race now lives in urban rather than rural settings. The closer together people are, the more readily infectious diseases can spread.

Worse, we travel at very high speeds to all corners of the globe. In the bad old days of sailing ships between continents, disease might rage through a vessel’s crew and passengers, but the ship could be quarantined before anyone on land would be exposed to the bugs. Now, you can be exposed to a germ in San Francisco and be in Shanghai before the first symptoms appear. And everyone on your flight and at both airports has had a chance to catch what you contracted. They will then get on their flights and go to other cities.

Finally, we now have the scientific and technical ability to engineer germs. Yoshihiro Kawaoka of the University of Wisconsin-Madison took the 2009 pandemic flu and through careful selection of strains immune to human antibodies created a virus to which no one has any immunity really. As one expert put it, “He used a flu virus that is known to infect humans and then manipulated it in such a way that it would effectively leave the global population defenseless if it ever escaped from his laboratory. He’s basically got a known pandemic strain that is now resistant to vaccination. Everything he did before was dangerous but this is even madder. This is the virus.”

What can we do about this? Not much once the bug gets into the general population. So, we have a few pros engaged in surveillance. The Global Viral Forecasting Initiative monitors all pathogens that bubble up from animals to humans, and the GVFI tries to contain it through appropriate measures. Meanwhile, the world’s intelligence organizations are watching the dickheads.

That’s the good news. And the bad news? The World Health Organization has just called an emergency meeting to discuss the ebola outbreak in Guinea, West Africa, which has spread to Liberia and Sierra Leone. So far, 763 people have been infected, 468 fatally.