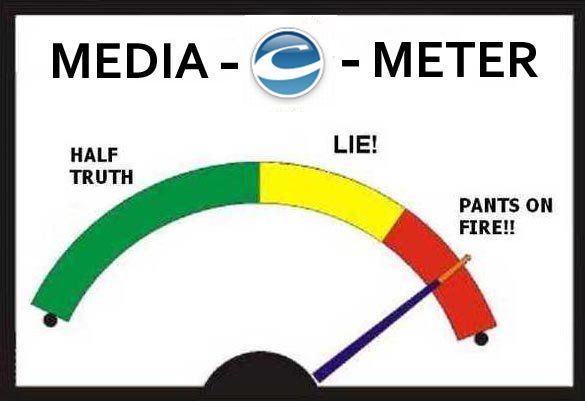 There’s more to storm chasing than meets the eye.

On Oct. 21 I received a message from the East: Keiky Lam, a TV script writer in Hong Kong, was standing outside the government buildings with thousands of protesters as she typed, “I’m sad to write this note to you. After three years, the Hong Kong government declined to grant the TV license to us. That means our storm chasing documentary will not have a chance to air on the Hong Kong Television Network.” There will be no HKTV network.

I drove one of the storm chase vehicles for HKTV for nine days, across Tornado Alley, USA, last year.

I drive tornado intercept — sometimes a hail-pocked Pontiac Vibe, and sometimes a spanking new Suburban — for Ron Gravelle, a certified storm chaser with a storm chasing business license, who is also a forecaster, predictor and certified Advanced Storm Spotter (USA). Gravelle’s tornado footage has aired on CNN, and his image of the Colorado tornado (shown) was a full page in National Geographic magazine. He predicted the Colorado tornado the previous day to within three miles of where it touched down.

Yet, while the Chinese government denies network competition that would allow choice and more freedom, in the West a comparatively unmuzzled media sometimes misuses its freedom, doesn’t portray both sides, and fuels a witch hunt instead.

There are headlines from this past season of storm chasing that still twist chasers’ girdles in a knot. Media, politicians, bloggers and the public lashed out against storm chasers after veteran chaser Tim Samaras (who was awarded 18 grants from National Geographic to fund his tornado research), his son Paul and his team member Carl Young were killed by a tornado on May 31 in Oklahoma.

National Geographic’s headline asked, “Are Storm Chasers ‘Crossing the Line’?” This was in response to Washington Post meteorologist Jason Samenow’s statement, “For too long, too many chasers — both professional and amateur — have been crossing the line.”  Samenow also said, “If anything, the events of Friday evening demonstrate storm chasers need to back off.”

Tim Samaras, Paul Samaras and Carl Young were the first storm chasers ever to die while tracking tornadoes. More people have been killed in vending machine mishaps.

Chasers, both amateur and professional, provide scientific and lifesaving information. Scientific discovery, exploring the ocean depths, volcanoes, space travel — it’s all a risky business. The most experienced individuals at documenting storms started as amateurs (many of them are still amateurs and unpaid), self-taught through trial and error, and it has taken them decades of personal funding to acquire their skills.

Storm chasing is not like what you see on a reality TV episode. The TV crew from China found that out the hard way; after driving up to 900 miles daily and crossing multiple states between storms, they had to go back to China without seeing a tornado. This is the norm for chasers. They saw magnificent supercells in North Dakota and Colorado and ate bull testicles in Texas, but the pressure on them to catch footage of a tornado was huge. To them the expedition was a failure. Wong Hei, the Chinese megastar doing the show was even asked to fake seeing a tornado. Hei refused.

Science blogger Greg Laden said that until he is proven wrong, he assumes that “the hundreds, or even thousands of non-professional ‘storm chasers’ are probably not contributing to the science of tornadoes and tornado safety.” Greg Laden is wrong.

A distinction should be made between amateur weather geeks and gurus (the ones who track storms by overlaying weather maps starting weeks in advance) and the ambulance-chaser variety who chase the storm chasers (that’s a car chaser, not an amateur storm chaser).

Laura Duchesne has been chasing storms since 1998. She’s a storm spotter and photographer. Storm spotters are the volunteers who update the National Weather Service (NWS) with warnings based upon what can be seen with the eye, not on radar. She’s quick to point out during our chat on Facebook that in decades of storm chasing, the only other death of a storm chaser was when the chaser was creamed by a drunk driver, after the chase, on his drive back home.

Duchesne said, “Samaras’s case is unique in a way. His tornado was an exception. It grew extremely wide, extremely fast. It also took a hard left turn. Not many tornadoes do that.” She couldn’t say for sure why the May 31 Oklahoma tornado behaved the way it did, as she wasn’t there, but she could make an educated guess as to why it changed direction: “The tornado vortex might have ended up separate from the storm’s mesocyclone. The rear flank downdraft could have occluded the tornado.”

If chasers “back off” or are blocked from pursuing storms by new laws (like Laden calls for), the public will be put into danger and there will be far more deaths. Duchesne explains, “Storm spotters and chasers are valuable to the NWS because they provide ground truthing. Radar can only see what is going on at a certain height in the storm; radar beams cannot see what is happening near the ground. Wall clouds, for instance, can be a precursor to tornadoes, but the meteorologist at the desk will not know one has formed until a report is given from out in the field.”

Duchesne spends $1,000 per week of her own money when chasing. That’s what these important volunteers (amateurs) across the continent do.

Samenow’s June 1 report said, “Reckless storm chasers: As for the storm chasers who found themselves in harm’s way, they have no one to blame but themselves as they took unnecessary risks.”

Tim Samaras and the chasers who died in Oklahoma weren’t taking unnecessary risks; in fact, they were known for being cautious. They weren’t killed by irresponsible amateurs congesting the highway either. According to Duchesne (and others), local rush hour traffic trapped them in the unusual path of a tornado.

Media in the West has an insane amount of pressure to behave like a flock of flying monkeys to get a story out fast. And our colleagues in the East aren’t even fortunate enough to be able to tell their tornado chasing story.

The public in North America should know what volunteer storm chasers and storm spotters are doing for them at their own personal costs and risks. People should be thanking them instead of accusing them and calling for hindering regulations and licensing, which will interfere with public safety. There are always a few idiots in any pursuit, but just because one snowboarder smokes a bong before hitting the half-pipe doesn’t mean you ban snowboarding.

The arguments against storm chasers in the first-ever case of storm chasing deaths were irrelevant — nothing but smoke screens. 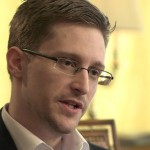 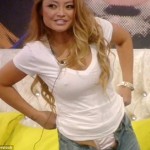