Let’s just start with this video. Warning: It is disturbing.

Last month, on Sept. 4, South Carolina State Trooper Sean Groubert, 31, pulled behind Levar Jones, 35, as he came to a stop at a Columbia gas station. Groubert asks for Jones to produce to his driver’s license. Complying with that request, Jones reaches back into his truck. Well, as you can see, that’s when the bullets start to fly, and Groubert hits Jones in the hip.

Unlike other cases when unarmed black men are gunned down by law enforcement and those aspiring to be law enforcement, namely Michael Brown and Trayvon Martin, Jones is apparently getting justice — or at least is on track to. The State Law Enforcement Division of South Carolina said in a news release that  Groubert was charged with assault and battery of a high and aggravated nature. He faces up to 20 years in prison if convicted. Find that statement and Groubert’s arrest warrant here.

And then there’s this video. Again, difficult to watch.

In that clip, an NYPD officer throws Sandra Amezquita, 5-foot-4 and clearly pregnant, to the ground. You can hear bystanders pleading with her to put her hands up and not to resist. Judging from the clip, I’m not sure she had much of an opportunity to do either. That video was captured by El Grito de Sunset Park, a police watchdog group in Sunset Park, Brooklyn that according the groups’s Facebook page, seeks to document and respond to “local injustices perpetrated and facilitated by those in power and those who seek to disempower.” Amezquita may get justice, too. According to The New York Times, the officer seen throwing her to ground, belly-side down, is currently being investigated by the Internal Affairs Bureau.

The first video was captured by a dash cam in the trooper’s cruiser. The second, a handheld recording device. Both capture an alarming trend of the rise of police brutality in the United States in the wake of the War on Terror. To that point, the United Nations published a report on that very subject in 2007, claiming that the cover of war gives police the power to act with impunity. But since then, the prolificacy of handheld telephone and video devices is closing that accountability gap.

But the gap still persists. And President Obama, speaking at the Congressional Black Caucus Foundation dinner on Sept. 27, commented that the mistrust of police corrodes our communities and our democracy, noting that “it makes folks who are victimized by crime and need strong policing reluctant to go to the police because they may not trust them.” Watch his remarks below, with his comments on police mistrust beginning at 13:09.

Obama’s remarks centered around the aforementioned shooting of Michael Brown. But how different would the summer be for residents of Ferguson if someone captured the incident on video? How different would it be for Brown had the policeman who encountered him been wearing a recording device?

Who will watch the watchmen? It turns out, everyone — including the watchmen. And know that you have every right to photograph and record police activity. And moreover, police can’t seize any of it without a warrant. 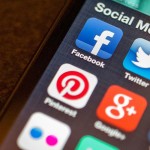 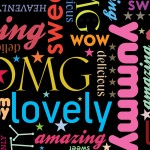