Is religion getting stronger, or is the world’s idea space just getting smaller with the expansion of global communications? It is mind-blowing to me that we as an educated society continue to live our lives based on ideologies of both deception and greed, holding those ancient virtues so close to our hearts that we would be willing to sacrifice our lives for them. But why do people still hang on to the bias views of “my God is better than yours” and continually try to force their agendas on others? The simple answer could be that they just don’t know any better.

When I was younger, till the know-it-all age of 17, I wanted to be a priest. Looking back now, it would have been a weird choice for me, considering what I have become over the years. Growing up, my family wasn’t very religious. We did what most suburban families did by going to church for holidays and religious-advancement classes, which were put in place to help us get into heaven, a concept that would be alluring for any child who didn’t know any better.

The promise that you could be forgiven for any negative action, by just following the rules, was so enticing that I wanted more. That is, after all, how the church gets its hooks into you. So I volunteered every chance I could get, constantly being under the feet of religious figures, listening to their lessons and trying to incorporate them into my life before and after our ritualistic Sunday masses. Most of my active sermon time was spent in “the fish bowl,” which was basically a glass room where the loud kids spent their time so that the other parishioners would not be disturbed. Even in those early years, the church found a way to segregate its members between the valuable and invaluable, but I was somehow still hooked.

Read more: The Stunning Difference Between a Cult and a Religion

In reflecting back on that time, I have come to realize it wasn’t being a priest or the church at all that I was drawn to, but rather the concept behind the organization. I wanted to be a good person, and I wanted others to be good to me, something that wasn’t happening during my youth. The more adversity I faced, the more I wanted that structure to be part of my life. The church was brilliant when it took the idea of positive and negative actions and marketed them for its personal gain.

What started as a way to keep people under control through a fear-and-reward system caught on quickly, especially when religious leaders learned that they could not only suppress their followers to the point of carrying out their agendas, but they could profit from the process as well. People were given names of both the good and bad characters along with their back stories, which were created to help authenticate their existence, but how is it that we as a developing race did not see the cracks in the stories and question the lies that were being fed to us?

My falling out with the church happened a little differently than most people’s. It wasn’t a matter of continually not having my prayers answered, which should have been a sign, but rather actually seeing what “in the name of God” meant to others around the world. The year was 1986, and I was on my first trip to Ireland. I wanted to venture to the north, having studied the struggles of religious freedoms in the area. The family I was staying with warned me against the trip, but I insisted. So we took the scenic drive from Dublin to Belfast and discovered a different world literally in the backyard of one of the most beautiful places on the planet. Back in those days, Belfast was a place that epitomized desolation. From its boarded-up windows to military-guarded streets, this was the cancer of paradise. How did it get this way? Some would say it was the battleground for religious freedom; others would say it was the struggle of political power. In the end, both answers were one in the same.

Read more: 7 Books That’d Make for a Better Religion Than the Bible

It was that one day in Belfast, after talking to locals on both sides of the cause and seeing the fallout, that I came to the conclusion that religious freedom was just a term used to justify political actions. The war between Protestants and Catholics was no different than any other war. There was no relevance of good vs. evil — it was about gain and pride. The similarities between the two religions were as evident as both sides thirst for more land, more power and more money. If God did exist, he must have abandoned the region long before the conflicts and the children being killed by rubber bullets. My direct observations made me question if my desired life path was one I was willing to follow through on; knowing the misery it brought to others, was actually worth it?

I’m not saying that priests and religious people don’t do good things, but what contributions does religion itself offer outside of guidelines on how to be a better person? Shouldn’t we just know how to act in an effort to help the advancement of all people, without an agenda-driven organization skewing our perspective to make us believe that the people we coexist with hold less value than an entity we have never seen?

It was these questions that started to unravel my faith, and thankfully so. I may have lost my way from the religious flock and the priesthood, but it doesn’t mean that I had to sacrifice the qualities of being a good person. Free of religion, I can still contribute to society in a positive way and do so without a third-party agenda. The benefit is that I alone am accountable for my actions — something more people should be if we ever plan on living in an equality-driven society. 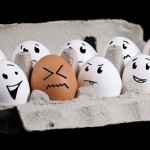 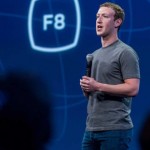