Video games are fun! The website Internet Archives’ recent announcement that nearly 2,400 vintage MS-DOS games are now available online and can be played on a browser is great news because these games were better than the violent, brain-rotting, all-consuming dreck that is popular today.

These throwbacks to the early days of gaming will let everyone — even if they weren’t alive — relive the collective angst we experienced whilst in middle and high school through the likes of “Super Mario Brothers,” “Super Street Fighter II,” “Duke Nukem,” “The Oregon Trail” and “Lode Runner” to name a few.

It also means people who used to enjoy playing video games but have since been alienated from them because of the violence and all-too-realistic nature of modern ones might return to playing again since these finely aged gems are just more enjoyable, for several reasons. But before we get to that, we need to pause for benefit of the youngsters. MS-DOS, my millennial friends, was one of the first suites of programs that actually made computers fun and usable.

These games were just plain fun, not the serious life-or-death, war-and-peace struggles over the future of humanity that nearly every modern release seems consumed with today. Even watching the commercials for the latest releases can be a jarring experience. The ads are full-blown sagas akin to serious movie trailers.

I admit this is increasingly and suspiciously sounding like the ranting’s of an old, senile man who might bust a “get off my lawn” fist-shake at any moment. Admittedly, I have been described as curmudgeonly many, many times, but hear me out before judging.

These old-days games were better because they didn’t take over your life.

And now you can play them on a browser, for free, and not rot your brain or turn into a psycho who sits around with the lights off playing games that have terrible messages like murder is OK all day. Sure, I played “James Bond 007” in college, and that was violent. But when even more bloody and ultra-violent options like the “Grand Theft Auto” series became popular, I got off the team.

The old games didn’t seem to take over people’s lives as easily. Sure, we all wanted to beat the latest “Super Mario” or master “Sonic the Hedgehog” when it came out, but the new games are all about war, death and destruction. And today, there are just way too many different consoles to choose from; it seems like a huge headache and massive waste of money.

If video games were ever a decent choice — my hippie parents didn’t think so — I would think the least-violent or ones that don’t promote violence and sexual assault would be the way to go.

The vintage games were similar to cartoon violence, like when the Roadrunner keeps defying the Coyote, and he falls off of a cliff. The action in “Sonic” or “Super Mario” — and even further back in “Asteroids” or “Space Invaders” — was harmless. There were games, just games, not epic battles for survival or the future of the human race.

And even if we did have games like that back then, who could have taken it seriously? I don’t think the same could be said for “Grand Theft Auto” or “World of Warcraft.” Seriously, what was the worst thing about “Super Mario Brothers” or “Oregon Trail?” Jumping on turtle shells? Hunting? Gaming has just gotten too serious in the 21st century. For example, serious gamers can sell their “World of Warcraft” accounts in exchange for cold, hard cash money.

Now, with Internet Archives’ announcement, all people have to do is visit the site, get the programs, and then it’s back to 1985 — so go ahead, catch up with your old friends who’ve been waiting for you since you left them to gather dust in your basement (that is, if you didn’t sell them on eBay).

Or you could just go outside and get some fresh air. The choice is yours. 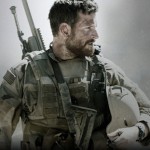 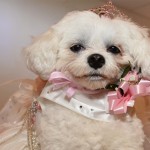