In addition to being a film that critics called “unbalanced, unwieldy, and at times nearly unintelligible,” “Aloha” has faced furious backlash over the casting of Emma Stone as character Allison Ng. A few days ago, director and writer Cameron Crowe issued an apology on his website, The Uncool.

“As far back as 2007, Captain Allison Ng was written to be a super-proud ¼ Hawaiian who was frustrated that, by all outward appearances, she looked nothing like one,” Crowe wrote. “A half-Chinese father was meant to show the surprising mix of cultures often prevalent in Hawaii.  Extremely proud of her unlikely heritage, she feels personally compelled to over-explain every chance she gets. The character was based on a real-life, red-headed local who did just that.”

The apology is curious for several reasons, including the fact that Crowe’s not sorry for the casting — he’s sorry that audiences were bothered by it. Despite the fact that he’s done better than most directors and taken some ownership of the problem, Crowe’s apology mostly reveals that he’s still befuddled by the controversy. Then again, so are a lot of people.

The problem isn’t that Crowe cast a Famous White Actress to play a fighter pilot who is Chinese, Hawaiian and Swedish. It isn’t even that the actress Emma Stone breezes through the film looking exactly like the Swedish/German/English/Scottish/Irish-American girl she actually is since Stone’s status as Default White Ingénue parallels the social reality which Crowe claims is inhabited by her character, Allison Ng. Nobody is disputing that gremlins in the gene pool can produce surprising results. Quite the contrary. It’s for that very reason that the everyday lives of immigrants, Hapas and other individuals of mixed race — including, apparently, the “red-headed local” on whom the character is based — are filled with vexatious confrontations over taxonomies of race, culture and identity. When you are a female of mixed race, every day is a gauntlet of “What are you (No, I mean what are you, really)?” but all in shouty caps, usually followed by a cheap pickup line.

Nobody is challenging any of this. So what’s the problem?

The problem is that Crowe, as the film’s writer and director, set his American film in the one place in the U.S. where Caucasians are less than 25 percent of the population, and then he went out of his way to come up with a quirky back story that, in his mind, made it perfectly plausible to cast a white actress in the lead role. I have no doubt that Crowe’s redheaded acquaintance is real, but this kind of selective focus on whiteness and its discontents is not very different from going to visit the Grand Canyon, coming back with a thousand photos of a weird rash on your foot and telling everyone that your rash captures the essence of one of the Seven Wonders of the World because, dammit, of course it does … and how dare you ask about the Grand Canyon when I’m suffering here!

In other words, Crowe not only bent over backward to cast a white actress as a woman of color, he literally wrote the character in order to make that casting decision seem perfectly reasonable. Which is why he clearly expected everyone to admire him for his cleverness and remains baffled that the general public is outraged instead of enchanted. Who can blame him? In the shitstorm that was the Sony hack, none of the studio executives had a problem with this casting. Along a journey to the silver screen that started all the way back in 2007, was it really possible that not a single person in power thought it was weird, odd, maybe kinda miscast? That maybe Kelly Hu, Olivia Munn or any number of other Asian and Hapa actresses might fit the bill? No?

Read more: Mr. Sulu Wants to Be Batman: The Rise of the Asian-American Superhero

No. Because it’s practically expected, now, to cast white actors in Asian roles. However, by flaunting it in our faces, “Aloha” broke a rule: You can pander all you want, but you can never condescend to your audience. The framing of “Aloha” is giving the big, fat finger to anyone with a brain. This is why this film has attracted controversy in a way that, say, “The Descendants” did not.

Against this background of creative norms and racist expectations, Cameron Crowe’s apology concluded with this promise:

“So many of us are hungry for stories with more racial diversity, more truth in representation, and I am anxious to help tell those stories in the future.”

True to the system and not to his word, he cast wide-eyed Jacqueline Byer to play groupie Natalie Shin in his new Showtime series, “Roadies.” I am almost looking forward to his quirky explanation for how she came to have a Korean last name. 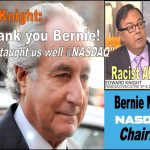 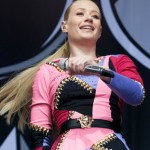