Here is why Daniels is all about Stormy Daniels, whether in bed, or dancing on a kitchen table naked with her bald raunchy ambulance chaser lawyer MICHAEL AVENATTI . 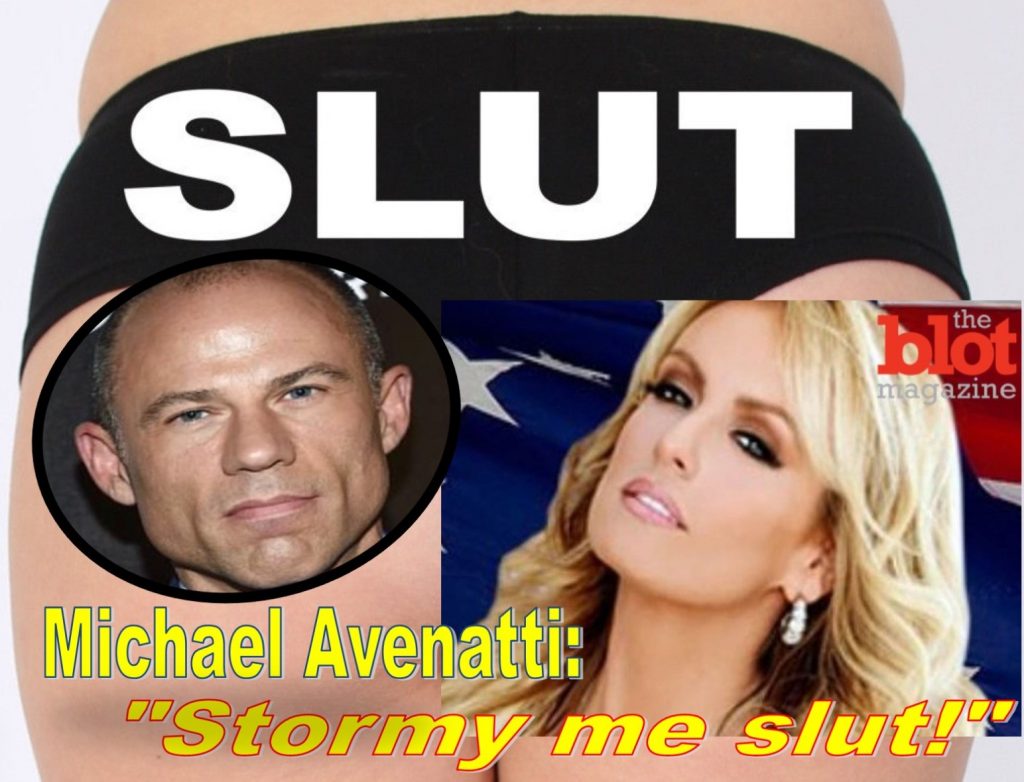