Before you go off on a tirade about fat cat rat bastids who hoard up all the money know this: Facebook founder Mark Zuckerberg and his pediatrician wife Priscilla Chan just donated more dough.

Zuckerberg, who is only 30, has a net worth of $28 billion. That makes him No. 21 on the list of the richest people in the world. His latest gift of $120 million went to the San Francisco Bay Area public school system on Friday, May 30. This gift is being funded from a $500 million gift of Facebook shares Zuckerberg made to the Silicon Valley Community Foundation in December 2013, as well as one made to the same foundation in late 2012. And did you know Zuckerberg has been been moving Facebook shares to nonprofit organizations for years now?

To bring you up to speed, back in 2010 the big Z signed “The Giving Pledge,” a public commitment that he will give away 50 percent of his wealth right up until he kicks the bucket. That is also the same year he and Chan began their Startup:Education foundation. Their initial gift was $100 million to be spread out over five years with a focus to improve education in Newark, N.J. Their specific goals included improving the quality of teaching and supporting the growth of new district and charter schools in an effort to provide a high-quality education to all of the children in Newark.

According to Startup:Education’s website, last month’s gift of $120 million to the Bay Area public schools will also be spread out via a five-year plan during which the foundation “will be working with civic, education, community and district leaders to better understand local needs and identify promising innovations and programs in this initiative.”

Its aim is to give educators resources needed to innovate classrooms and support the students in underserved communities.

The site also says, “An important part of our approach will be working with community partners to support and start new district and charter schools that offer high quality teaching and greater opportunities for students, giving people more good choices in their education.”

At Facebook’s Menlo Park, Calif., headquarters, Mr. and Mrs. Zuckerberg gave their first interview together. Chan said, “Education is incredibly expensive and this is a drop in the bucket. What we are trying to do is catalyze change by exploring and promoting the development of new interventions and new models.”

Talk about a power couple. They’ve been together for 11 years, since meeting during college in line for the bathroom at a Harvard frat party. They married in 2012, catching their guests by surprise. They’d led their friends and family to believe the party was in honor of Chan’s graduation from University of California, San Francisco.

Chan, the “First Lady” of Facebook, told The New Yorker, “He was this nerdy guy who was just a little bit out there.” TechCrunch reported that Chan had to set some ground rules for their relationship, including a minimum of 100 minutes of alone time plus one date per week. In March 2011, they added Beast to their family. He is a Puli, a type of Hungarian Sheepdog and, of course, the white hairy wonder has his own Facebook page. 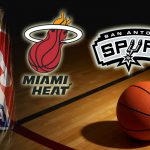 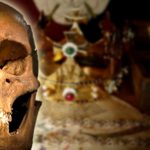