Toronto mayor Rob Ford made it clear yesterday that he had, about a year ago, smoked some drugs while very drunk. He’d unfortunately done it while on camera. The police now own the video.

Most people would use this opportunity to go “y’know, maybe politics isn’t the right avenue for me” and throw in the metaphorical towel. Most people are not Rob Ford, who at his best can be described as looking not entirely unlike a flesh-colored fire hydrant with eyes like pissholes in the snow, and who steadfastly refused to give up his position as mayor of the ninth most expensive city in the world despite his rampant and visible alcoholism and the now worldwide knowledge that he enjoys a little bit of crack cocaine now and then.

But I ask you this, dear reader. Look deep inside yourself and ask yourself this:

Who hasn’t gotten blackout drunk and smoked drugs on camera?

When I’m not in TheBlot’s downtown NYC offices blogging up a storm, I can frequently be found roaming the streets looking to score a fix of either bottom-shelf alcohol or sweet, sweet crack cocaine. And given that I am a millennial — in that I have been born into a time when sharing experiences is not frowned upon but de rigueur — I frequently ask one of my drug-addled cohorts for the evening to film me partaking in the subtle and nuanced delicacy that is crack cocaine. Besides, what could be better than raising my own personal brand via Twitter, Facebook and Instagram while also being completely unhinged on drugs and alcohol? It’s certainly worked wonders for Rob Ford, who is now arguably a household name.

While crack cocaine — which also sells under the name fishscales, gank, and blackrock — has yet to be embraced by the upper echelons of society, Ford’s decision to downplay his love of the highly addictive and readily affordable drug might just be a signal of a new era of narcotic acceptance. If tobacco and alcohol — both outrageously addictive — can be encouraged by society, why not crack cocaine?

Think about it: Vogue editor Anna Wintour finally takes off her famous dark sunglasses at a press conference to reveal bloodshot eyes holding back tears of joy as she holds high above her head a slightly tattered copy of the latest issue of Vogue, which eschews a model on its cover in favor of a 36-page foldout dedicated to crack cocaine, the chicest drug for the discerning creative and worldly individual who just happens to want to stay up for three days straight. Celebrities follow suit, smoking crack in top nightclubs while the world’s premiere DJs spin the latest and greatest tunes while high on face-numbing amounts of drugs, at 45rpm and at an ear-piercing volume.

Soon, a bit o’ crack will become as standard as a cup of coffee, and soon there’ll be a crack dealer on every corner selling artisanal and homemade batches of their finest white powder in convenient baggies you can take just about anywhere. Oh wait. That part has already happened. 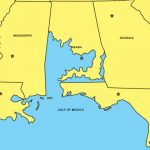 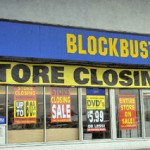