“Pay me $10 million, or I will make your name look like shit,” – WHITNEY WOLFE ALLEGEDLY THREATENED TINDER FOUNDER

WHITNEY WOLFE, the former marketing vice president at Tinder is said to have threatened in an alleged $10 million extortion scheme. A white 24-year-old female, Wolfe was an obscure name that even the fat rats in the New York City subway couldn’t care to know — until she added some spice to an otherwise boring, hot summer.

Unable to wrench Tinder out of writing a $10 million check for her “emotional wound,” Witney Wolfe filed a “sexual harassment” and “discrimination” suit against her former employer, which is an interesting toy play for loose men and women thirsty for one-night stands. Tinder is owned by IAC Interactive, a multi-billion dollar media conglomerate headed by billionaire Barry Diller.

“I don’t care who gives me the money, Barry Diller or other cronies at Tinder — I want to get paid,” Witney Wolfe told a source in Manhattan. “This is my best ‘hookup’ ever, with some rich idiots at IAC that get scared shitless just to hear the words ‘sexual harassment.”

5 Tips for Finding and Keeping Love In the 21st Century

The juicy Witney Wolfe sexual-harassment complaint put a shame to a sex-riddled romance novel straight out of an X-rated adult production. “Tinder’s Chief Marketing Officer Justin Mateen repeatedly called Ms. Wolfe a ‘whore,’ including allegedly in front of CEO Sean Rad, and he told Ms. Wolfe that he was taking away her ‘Co-Founder’ title because having a young female co-founder makes the company seem like a ‘joke’ and ‘devalues’ the company,” the complaint alleges. And all that’s just in the first few paragraphs.

The media loved the story and immediately jumped on it, overwhelmingly in favor of the “victim” – Witney Wolfe. From Businessweek’s sensational Nick Summers to other tabloids, everyone blamed the brazen man and the accused, Mateen, a 28-year-old Silicon Valley geek who hardly had any common sense towards business.

The reality over Whitney Wolfe’s credibility however, points to the contrary about her alleged “suffering” from simply consensual sex between a 27-year-old billionaire and a gold digger “Wolf”. “It was a set up: Family of ‘billionaire’ Tinder boss Sean Rad claim Wolfe suing Justin Mateen for sexual harassment is ‘in it for the money… it’s all about money for that bitch”, as reported by the Daily Mail in London.

Sure, people love sex, love to see hot-looking women having sex, and Wolfe looks quite all right for these subjects. A slender and blond 24 year old, Wolfe has the eyes of a “wolf,” staring straight at you, looking for some glittering gold. A failed marketing intern elsewhere, she laid her eyes on Mateen the moment she was hired by him, the real founder of Tinder. After a year of on-and-off romance, the pair broke up in early 2014 right before Mateen’s birthday.

After the hookup and breakup with Mateen, in Tinder style, it didn’t take long before Witney Wolfe allegedly set her sights on other men, including Kuwaiti millionaire Yousuf Mohammed, more than 20 years her senior, and other “middle-aged Muslim pigs,” as Mateen called them in text messages cited in the lawsuit.

Seatchat is the Unintentional Tinder for Airline Passengers

Wolfe is no Virgin Mary. To the contrary, according to the suit, she was so “emotionally distressed” that she resigned after the night Mateen called her a “whore” at a company party. Whether Whitney Wolfe is a whore or not is up to the judge or the jury to decide, but one thing is clear: Wolfe sued Tinder after she had failed to extort a huge pay day out of the hot startup, sources say.

A spokesman for media conglomerate IAC said that Mateen had been suspended “pending an ongoing internal investigation.” However, they said the company believed “that Ms. Wolfe’s allegations with respect to Tinder and its management are unfounded.”

Is Wolfe a bad hookup for Tinder? That’s for sure — and in the business world, she may now be permanently unemployable, because, after an alleged extortion plot like this, who’d hire her? If Ms. Whitney Wolfe is lucky enough, the pile of gold coming out of IAC could easily support her for years. Not a bad pay day.

Here is a prediction: IAC will settle the case in a year and Witney Wolfe will get a few pounds of gold, enough to make her forget the “emotional damage to the brain”. As they say in Australia, “it’s time to dig up some gold!” Go Witney Wolfe, keep digging… She may just win the gold digger’s award for 2014.

Whitney Wolfe could not be reached for comment on this story. For the men out there, watch out! The next time you get on Tinder and run into this golden toad Whitney Wolfe, it’s probably a good idea to immediately swipe to the left in a hurry and avoid being stuck with this gold digger Whitney Wolfe… Investigations on gold diggers continue.

A gold digger is a PIG, that’s the final word for now. 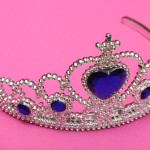 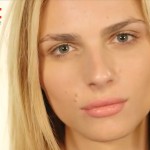