WHITE GUY TERRORIST PLANTS BOMB IN NC AIRPORT, NO ONE HEARS ABOUT IT

So, did anyone hear that some guy attempted to blow up a bomb at the airport in Asheville, North Carolina a couple weeks ago?  You know, a terrorist attack on US soil?  Most people don’t seem to know about this, somehow.  Perhaps it’s because when terrorists get busted in the United States, the media doesn’t tend to cover it so loudly or widely.  And there’s the fact that we never hear about white people who are busted for terrorist activity, like trying to blow up a bomb at an airport in NC.

The man in question is the 46-year-old Michael Estes, who was quoted as saying he was preparing to “fight a war on U.S. soil.”  His opening bid to start this war was leaving an explosive device at the Asheville Regional Airport a couple weeks ago.  The device contained ammonium nitrate and fuel oil.  Estes walked into the airport with a bag around midnight, disappearing for a few seconds on surveillance.  When he reappeared and left, he no longer had the bag.

Security automatically checked the bag and a trained police dog gave the alert that the bag contained explosives. The bomb was homemade with an alarm clock attached.  In the criminal complaint, investigators made note that the type of device found at the airport, called “AN/FO” explosives, had been used “in a number of terrorist-related incidents around the world in the past.

FORENSICS TRACED MATERIALS IN BOMB BACK TO MAKER, LEADING TO ARREST AND CHARGES

“When AN/FO comes into contact with a flame or other ignition source it explodes violently,” the complaint states. “Shrapnel or nails or ball bearings are often items added to the device so as to increase the devastation inflicted by the explosion.”  Fortunately, the materials used to make the bomb were tracked back to Estes, who then confessed to “preparing to fight a war on U.S. soil.”

DOES WHITE PRIVILEGE MEAN NO WHITE PERSON WILL EVER BE CALLED A TERRORIST?

So, Estes is a white guy.  Imagine if Estes had been a Muslim. Or black. Or a black Muslim! Donald Trump would never have left the throne in order to tweet all weekend about it. Headlines about the terrorist (but not some white guy) would have drowned out all else.  If that’s not white privilege, both for the culprit as well as the sensitive Trump fans, what is? 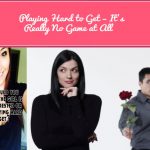